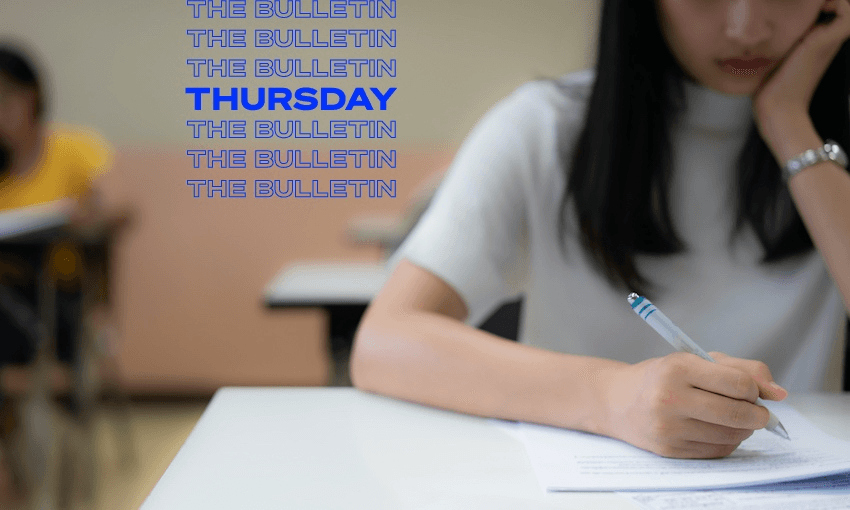 Senior students will be back in Auckland classrooms from next week. (Getty Images)

Schools to reopen in level three

Senior students will be back in Auckland classrooms from next week. (Getty Images)

Senior students will be heading back to class next week after two months of online schooling in Auckland, Justin Giovannetti writes in The Bulletin.

Auckland schools will reopen for senior students. Chris Hipkins, the education minister, unveiled plans yesterday allowing students in years 11, 12 and 13 to return to class in level three areas as of Tuesday, after labour weekend. According to The Spinoff’s live updates, face coverings will be required on staff and students, while NCEA and scholarship exams will proceed as usual in Auckland and Waikato. Students and staff will be expected to stay at least a metre apart. After weeks of online learning, the government is balancing the education needs of senior students with the expectation that most of them will be vaccinated. A plan for younger students is still being developed and could include outdoor education and rostered attendance.

“This is a complex issue requiring difficult trade-offs between improving education and increasing potential health risks for children and young people,” said Hipkins.

Principals have responded with relief and concern. Stuff reports that the Principals Federation says it would be untenable for years 1 through 10 to return to school when most are unvaccinated. It doesn’t expect school to return for that group until 2022. The principal of James Cook High School in Manurewa told Stuff that the decision had left him “very happy and also slightly vexed”. With the thumbs up coming on Wednesday, educators are left with only two working days to prepare for a challenging shift back to in-person education. There’s been no guidance for parents who might be concerned about sending their kids back or for students who have picked up jobs during the pandemic to support their families.

However, the secondary teachers’ union is angry. The president of the post primary teachers’ association said in a statement yesterday that they hadn’t been consulted and wouldn’t have supported the move, according to RNZ. The union has asked to see the public health advice supporting the move. “The government seems to have gone from acting out of an abundance of caution to a reckless disregard for the consequences in the blink of an eyelid,” said Melanie Webber, the union’s president. She said that vaccination levels just aren’t high enough among students to justify the move and the government’s guidelines on social distancing aren’t credible.

Experts have warned the move could increase case numbers. Dr Dion O’Neale, a principal investigator at Te Pūnaha Matatini, told the Science Media Centre that the move poses a significant risk as those students were the last age group to gain access to vaccines:

“In addition to new infections that will occur directly from interactions at schools, re-opening schools creates large numbers of indirect new connections between households from otherwise weakly-connected parts of the community. Modelling suggests that most of the extra infections from schools reopening will actually show up in non-school contexts as a result of students subsequently infecting other people in their households or in other community interactions.”

The government has veered away from investing in classroom air quality. As RNZ reports, countries around the world are installing high-efficiency filters in schools as a move to protect students. From Australia to the UK, the filters are being added to central air systems or, often, in stand-alone units that suck up a classroom’s air and purifies it. That won’t be happening in New Zealand, Hipkins confirmed yesterday. It would cost “hundreds of millions of dollars,” he said, when there’s a cheaper solution: “having all the windows and doors open in schools.”