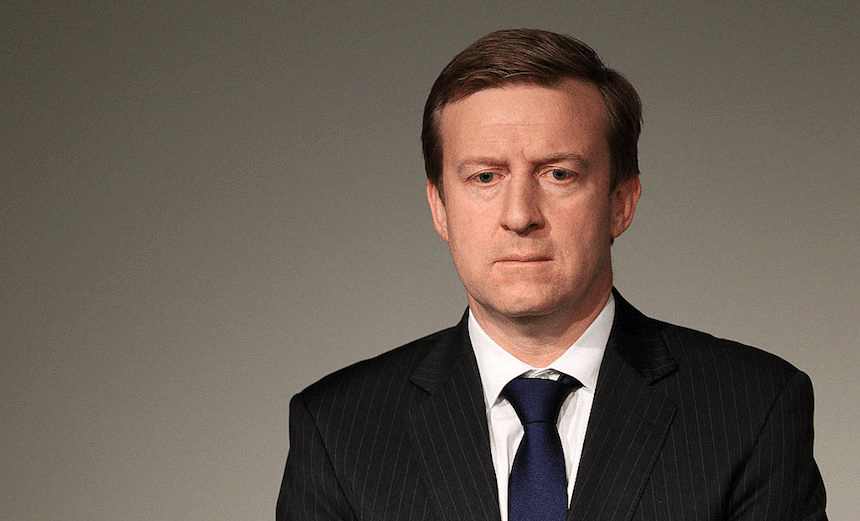 The Bulletin: Doctor leaves the House

Good morning and welcome to The Bulletin. In today’s edition: Former health minister Jonathan Coleman quits politics, a hospital is riddled with rot and mould, and letting fees could be banned.

National’s Northcote MP and Health spokesman Jonathan Coleman is leaving politics. He’s off to be the CEO of Acurity Health Group, an owner and operator of private hospitals. He outlined his reasons for leaving to Newstalk ZB last night, saying he thought the party was going to win the last election, and it wouldn’t be worth staying on as an opposition MP. Coleman’s tenure in the health portfolio was marked by a heavy emphasis on targets for DHBs to meet, along with heavy criticism from some parts of the sector.

The NZ Herald reports that a by-election in Northcote will cost close to $1 million, but really, what price can you put keeping political addicts fed for a few weeks. This Stuff editorial gets it – describing them as thrilling! That’s the spirit.

And if it feels like a lot of National MPs are leaving at the moment, you’d be right – 3 senior MPs have departed in the past two months. Simon Bridges told the Indian Weekender says the front bench still has “decades and decades of experience,” but still needs to keep bringing new faces through. We’ve got a semi-serious set of odds on The Spinoff for who will be next.

Speaking of Jonathan Coleman, he says he was never informed that Middlemore Hospital’s buildings are riddled with rot and mould. Radio NZ reports this morning that neither Mr Coleman nor new minister David Clark were informed, despite it first being discovered back in 2012. Stuff reported yesterday the mould in some buildings were so advanced, there was a danger it could breach the walls.

Housing minister Phil Twyford has introduced a bill to ban landlords from passing on letting fees to tenants, reports Radio NZ. Mr Twyford says they’re unfair, because while the letting agent works for the landlord, the tenant gets stung with the cost. The bill is a component of a broader review of the Residential Tenancies Act, which Mr Twyford has previously said will aim for more settled conditions for long term tenants, but is unlikely to include rent control measures.

The small Canterbury town of Templeton is considering abandoning Christchurch, and joining the Selwyn District Council instead. Stuff reports the move, dubbed ‘Texit,’ is being driven by opposition to a proposed quarry on the outskirts of town. Residents Association chair Garry Kilday says originally the idea wasn’t all that serious, but gained momentum as residents felt their concerns were being ignored by the Council.

There’s an interesting angle on the shortage of qualified teachers on the front page of today’s Manawatū Standard. The region is suffering from an acute lack of workshop and IT teachers – two subjects that could help in addressing some of New Zealand’s current skill shortages. A major cause is that tradies can now earn much more money actually working in a trade, particularly when the four years of study required to be a secondary school teacher are factored in.

It hasn’t been widely covered, but Te Pire Haeata ki Parihaka (Parihaka Reconciliation Bill) passed its first reading last night. Deputy PM Kelvin Davis told Waatea News the bill is about doing the right thing. The bill will enshrine an apology for the Crown’s assault on the settlement in 1881 into law if it passes subsequent readings.

Right now on The Spinoff: There’s a lot of stuff which is basically just Duncan Greive talking to people. He’s on a Business is Boring podcast along with Alex Clark of Press Patron, talking about how the organisation is helping to make quality journalism sustainable. Greive pops up again on The Real Pod, talking MAFS, Paleo Pete and Simon Barnett with Jane Yee and Alex Casey. And Henry Oliver chats the the chaps behind Golden Dawn, as the cult Auckland bar prepares to close its doors.

It’s been a remarkable week in news for stories that shed light on where New Zealand’s drug policy is at, and where it might be going. The highest profile moment was former Prime Minister Helen Clark, now part of the Global Commission on Drug Policy, telling an audience at Parliament that the war on drugs had failed. Radio NZ reported that the comments came in response to a bill from new National MP Simeon Brown, seeking to quadruple the maximum sentence for supplying synthetic cannabis. Mr Brown also accepted a petition at Parliament calling for action against synths, presented by a father who had lost his son to an overdose.

Meanwhile, Vice reported an announcement from drug testing NGO Know Your Stuff declared that the phenomenally dangerous opiate fentanyl had been found at a festival. Those who possess fentanyl typically don’t know that’s what it is before testing it, or taking it.

Cheap booze has also been in the spotlight, with a picture of a $4 bottle of wine going viral in Christchurch. National Addiction Centre director Doug Sellman told Chris Lynch on Newstalk ZB that supermarkets are now the biggest drug dealers in the country.

The Police are still cracking down on cannabis growers. Radio NZ reports that in one sweep ripping up 7000 plants that had survived both of Cyclones Hola and Gita. And overseas, US President Donald Trump wants to execute drug dealers. No, really, he said that.

Throughout it all, the government has maintained they intend to take a health based approach to drug policy – see for example this video of Megan Woods responding on behalf of the Minister of Justice to questions from Simeon Brown. But with so many hot button issues flaring up, pulling in every direction, the government is in serious danger of pleasing nobody – from radical reformers to crackdown conservatives – with their soft footsteps.

In sport today, I first give you the Metservice weekend weather forecast for Auckland. It’s pretty bad, but if the rain holds off, the Black Caps have a beautiful opportunity to take the first cricket test off England. Have a read of Simon Day‘s recap of the play so far. And if you do head down to Eden Park this evening, have a read of (again) Simon Day‘s essay on the future of test cricket during the dinner break.