Good morning and welcome to The Bulletin. In today’s edition: Bite taken from emergency dental funding promise, public servants in Sāmoa keeping heads down amid turmoil, and bubble with Victoria paused.

Dismay from dentists: The government has pulled back on an election pledge for increased emergency dental grants, but says it will be done in later budgets. Stuff’s Thomas Coughlan reports the $44 million supposed to be earmarked for this year won’t now be paid out, from an overall package of $176 million. It would have increased the cap people could claim for emergency grants to $1000, which would bring many more procedures into reach. National’s Dr Shane Reti criticised the delay, saying it had been brought up at Waitangi in 2020 as a way to reduce inequality. Newshub reports spending priority in this budget was put towards the huge health system overhaul.

You may or may not recall, but there was a very useful election debate on this, on Newshub Nation. Because at this stage not a lot of firm promises had been made, it gave the two spokespeople a chance to discuss the underlying issues, costs and benefits of more dental funding. Reti promised a surprise, and in the end the party policy was not overly generous. But the party is more than entitled to argue that it would have delivered it. Since the election, dental poverty has been covered with great heart and urgency by The Hui.

Public servants in Sāmoa have continued working as usual, despite the two major parties competing for power. The Samoa Global News quoted an anonymous official, who said their job was to be loyal to the country regardless of who became their minister. The caretaker cabinet, serving caretaker PM Tuila’epa, met yesterday as normal in government buildings, and in a press conference Tuila’epa made it clear he had no intention of handing over to PM-elect Fiame.

A note on those terms: A reader pointed out that more appropriate terms might be “apparent PM” and “former incumbent PM”, but either way, any choice is somewhat loaded. In a way, it partly depends on international recognition. So far the Federated States of Micronesia has recognised the legitimacy of Fiame Naomi Mata’afa, but it doesn’t appear other countries have taken such a formal step. Either way, the world is watching – Al-Jazeera reports the UN has urged both parties to resolve the standoff “through dialogue”, offering assistance as well.

Quarantine-free travel between New Zealand and Victoria has been paused for 72 hours, after further Covid cases in Melbourne. Radio NZ reports links between some of the Australian cases are yet to be determined, which is causing concern. New social restrictions have been put in place in the state. As a result of the bubble pause, more than a dozen flights were cancelled.

The near-simultaneous retirements of two Chinese-New Zealander MPs last year followed intelligence briefings of both major parties, reports (paywalled) Politik. It is a very carefully worded story, that doesn’t directly state anything much further than what is already on the public record about former National MP Dr Jian Yang, and former Labour MP Raymond Huo. But it paints a picture of increasing concern about people with various degrees of links to organisations that support the Chinese government being too close to the heart of the New Zealand government.

This particular story comes in the wake of an interview foreign minister Nanaia Mahuta gave Tess McClure of the Guardian, in which Mahuta warned exporters to diversify in anticipation of a cooling of the relationship with China. On that particular point, dairy farmer Craig Hickman has written on Stuff about the fear in the industry that what happened to Australian exporters could happen to them too. Finally on foreign relations generally, Stuff’s Lucy Craymer reports that a change of government in Sāmoa could also result in a change in their diplomatic stance towards China, and particularly towards taking on debt for infrastructure.

The franchisee of several McDonalds outlets has been removed, over attempts to make workers sign contracts making them liable to pay thousands of dollars if they left. Newsroom’s Anuja Nadkarni broke the initial story, and followed it up with the company’s response. It is not known how many workers did sign the contract, but one who spoke out said he did so over fears he could have problems with his visa if he made a fuss. An employment lawyer quoted in the story said in no uncertain terms that such contracts are unlawful.

A very exciting and important moment for journalists, historians, and anyone who sees value in remembering the past: The Press has struck an agreement with the National Library to digitise 130 years worth of newspapers. It builds on the existing Papers Past service, which has now been operating for two decades.

From our partners: Aviation makes up a significant part of our carbon footprint, and biofuel plays a big role in Air New Zealand’s plan to reduce those emissions. Ben Fahy writes about the progress made so far, and the challenges ahead. 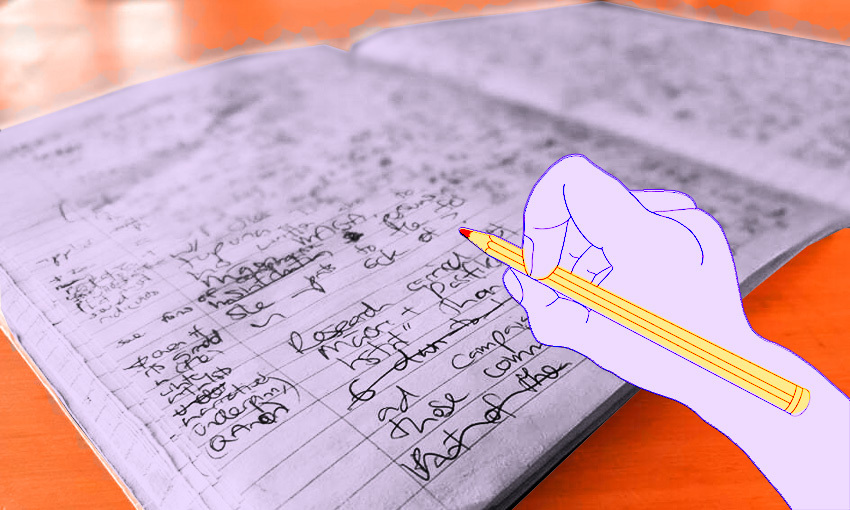 Right now on The Spinoff: Alex Casey talks to people in the TV industry about the burgeoning field of intimacy coordination. Lewis Tennant looks back at the life and times of the DJ known as Clinton Smiley, who defined Wellington nightlife for a decade. Elizabeth Knox writes in awe of the debut novel of Clare Moleta. Joe Canham writes about the drawbacks of the popular electric Nissan Leaf. And Hayden Donnell shares a secret to making writing a little bit less terrible – do it on a piece of paper, rather than a keyboard.

For a feature today, a piece about Covid lockdown policy that doesn’t actually mention New Zealand, but has applicable lessons. Writing on his Substack, American journalist Noah Smith has come out with a strong defence of lockdowns, based on both health and economic data. While our first lockdown ended about a year ago, many other countries have had the experience of bouncing in and out. Here’s an excerpt:

At this point you may be scratching your head (or, if you’re a lockdown hater, seething with rage). How the heck could lockdowns have a big effect on the transmission of the virus, but only a small effect on the economy? Shouldn’t the tradeoff basically be one for one? Doesn’t every infection you stop mean one less meal in a restaurant, one less drink at the bar, one less trip to the store, etc.?

Well, no. That’s not how it works. As the evidence above shows, it’s fear of the virus that was the big economic killer. And if fear is proportional to actual infection rates, then by suppressing the virus, lockdowns reduced fear.

Let’s do a little thought experiment. Suppose in City A, they lock down. People stay home. The economy gets hurt, but the virus gets suppressed and infections go to a low level. Eventually, they can start to reopen safely, and they don’t immediately get another wave of COVID because there just aren’t that many sick people in town. But in City B, they don’t lock down. 80% of people stay home because of fear, so the economy gets clobbered anyway. But the 20% who go out end up spreading the virus, raising the infection rate to a high level. That causes more fear, and eventually even the 20% who were going out get scared enough to stay home. But now it’s too late — infection has a higher baseline, and takes much longer to go down. So the fear lasts longer, and so does the economic pain.

Super Rugby trans-Tasman is facing something of a credibility crisis, with Australian teams so far losing every single game. This report from AAP on ESPN quotes Reds coach Brad Thorn, who spent many years winning with the Crusaders, and he said it was a somewhat inevitable result of Australian teams not being tested against the New Zealanders. Looking ahead, it’s really difficult to see where the first win will come from – possibly when the Reds host the Chiefs or Highlanders, or when the Brumbies host the Hurricanes. But either way, it seems certain that two New Zealand teams will play in the final, with the race now on for as many bonus points as possible. Well – that is if games can continue at all, what with the trans-Tasman bubble issues.

And sorry if you’re sick of the Phoenix after me banging on about them, but they’re playing again tonight. They’re away to Western Sydney Wanderers in an effective knockout match. Stuff’s Philip Rollo has a great feature on young Ben Old, who made a debut off the bench in Wellington, and has now been included in the touring party. Also from Wellington, I’ve loved these bits of writing by the masked fan called PostingDad, and up and comer Dan Moskovitz on The Football Sack, about what the occasion meant to them and their fellow fans.