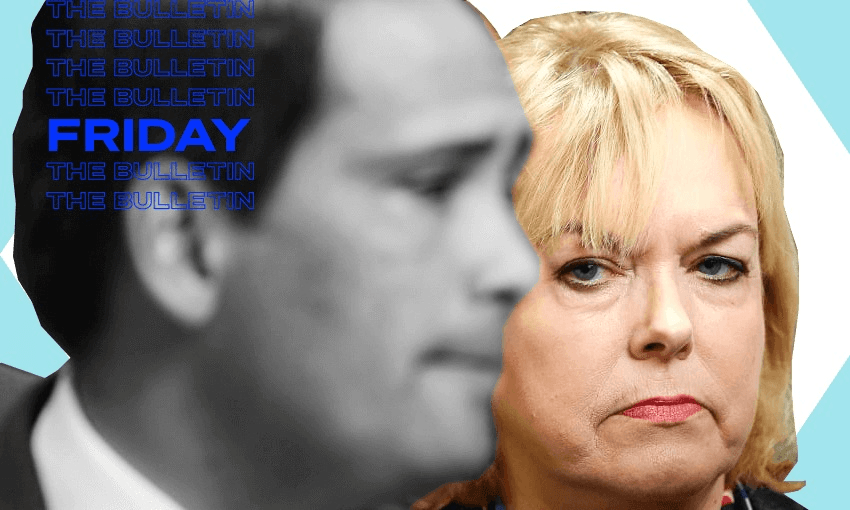 Who will be the next National leader?

National’s top office is now vacant after Judith Collins performed a ‘kamikaze job’ on her own leadership. Here’s a look at who could replace her, Justin Giovannetti writes in The Bulletin.

National’s former leader had few good choices and left her caucus with only one. Judith Collins’ fall was inevitable, and after months of poor polling and questionable political choices, the former National leader finally made her caucus push her off a cliff. With Simon Bridges on a book tour and grinning widely when asked if he would contest the party’s leadership, Collins sent out an unexpected press release around 9:30 on Wednesday night, stripping her rival of all his portfolios after an “allegation of serious misconduct”. Auckland barbers were only hours away from opening and the news that day had been dominated by a rushed government Covid-19 bill attracting criticism from the left and right. Then, with breaking news banners, all eyes turned to Collins and the National party. As Toby Manhire wrote in The Spinoff, National’s caucus was left with no choice and, in an emergency meeting yesterday morning, voted to end her tumultuous leadership after 499 days.

What did Simon Bridges say? At 176 words, Collins’ press release was short, but it ended her leadership, may have torpedoed Bridges’ much-rumoured run and has now left the party’s president facing an uncertain future. The former leader said she had to act after allegations of serious misconduct “relating to Simon Bridges’ interaction with a caucus colleague” were brought to her attention. As Stuff reports, some of that description has been challenged by Jacqui Dean, the MP involved. Facing reporters, Bridges explained he’d been speaking with a group of MPs five years ago and made a lewd comment about how to conceive a girl. He chose not to repeat the comment yesterday. Bridges apologised to Dean soon after and added that he has apologised more in the years since. Speaking with the Otago Daily Times yesterday, Dean said she’d mentioned her experience to Collins some weeks ago in the context of improving the party’s internal rules, and was “surprised and disappointed” by how her words were used by the former leader.

There’s now a power struggle within National for the leadership. Dr. Shane Reti, Collins’ deputy, has been made interim leader until caucus elects a permanent leader on Tuesday. Speaking with reporters, Reti said that yesterday was “not our best day” for National. Reti has spearheaded the party’s health approach in recent months. I wrote a profile on Reti last year that delves into who he is as a doctor, father and politician.

There will be at least three main contenders for the leadership. One is Christopher Luxon, the former Air New Zealand CEO who is broadly considered the party’s future leader-in-training. Whether he’s ready yet is up to caucus. Bridges is still in the running, as the NZ Herald (paywalled) reports. He looked calm and composed yesterday, speaking with media after what must have been a sleepless night. Most shortlists also have Auckland MP Mark Mitchell, whose name seems to come up at every leadership coup. Reti also didn’t rule out a run.

The chaos of a coup, without the leadership change. The situation in the National party brought me back to May 2020 and my first week as The Spinoff’s political editor. That week ended with Todd Muller executing a well-planned coup and removing Bridges from the leader’s office. That coup was rushed and a little chaotic at the time, but in comparison to yesterday’s event, it was a well-oiled machine. New staff entered the fray, documents were printed out and ready, while a press conference was quickly assembled with a happy caucus. Muller’s leadership lasted less than two months, but the party still acted like a solid institution. Yesterday, the phones were ringing at National but no one was there to take the call. It was unclear if anyone was in charge and reporters waited for hours to find out what was going on. As Ben Thomas wrote in Stuff, Collins executed a “kamikaze job” which marked the end of a leadership where she succeeded in dispatching a number of her own MPs and few across the aisle in Labour. National now looks like it’ll need a complete rebuild.

As this newsletter reported on May 25 of last year, National was looking for a fresh start when it chose Muller. It had the luxury of thinking it could change its leadership and still compete. Here’s what Alex Braae wrote at the time: “Muller steps into the top job as a largely unknown figure to the wider public. I’m not trying to be cruel here, but one advantage he will have here is that he is not Simon Bridges, who polling showed had become a widely disliked figure, in particular over the course of the Covid crisis.” Now 552 days later, National has Act nipping at its heels and is looking for someone to right a very leaky ship.