Significant criticism of emergency housing conditions has been made by the minister with the responsibility for ending homelessness. Radio NZ’s political editor Jane Patterson reports Green co-leader Marama Davidson has described some living situations as “inhumane”, and that the current system that involves huge and constant payments to motels is unacceptable. There have been plenty of reports recently that suggest motels treat emergency housing guests like crap – a recent One News piece by John Campbell noted some pretty poor conditions, even if some of the tenants quoted were simply happy to be off the street. But this isn’t a new issue at all either – a Stuff investigation from 2019 found basically the same story.

The issue in simple terms is this: The government currently spends astonishingly large sums of money, to house vulnerable people in conditions that make their lives worse, particularly if there are children living in those situations. Being in such conditions makes it much harder for those vulnerable people to get their lives back on track. And the most heartbreaking aspect is that this wheel will just keep turning, with no real solution in sight. A story from Stuff this morning notes that the financial costs (and the associated human cost) are set to continue long into the foreseeable future. All the progress on homelessness generally to date has been far too slow to keep up with demand.

On the politics of this, nobody comes out looking good. National has been making a big song and dance about how dire things are, but it was their party that introduced the policy in the first place. While National housing spokesperson Nicola Willis talks about the public nuisance that some motel guests are causing, her party colleague Todd McClay wants them booted out of Rotorua hotels so that the town can take advantage of the travel bubble. A term and a bit of Labour being in charge hasn’t substantively improved anything, and if you look at the ballooning social housing waitlist, things are arguably getting worse. Meanwhile because this is an MSD issue, rather than a Housing ministry issue, the comments from Davidson demonstrate how little power her party has to influence the government. I’m not suggesting that our political class doesn’t care about the plight of people living in these conditions, I’m just saying their efforts to address it have so far been totally inadequate.

A broad review has been launched by the government into local government, particularly looking at questions of what they do and how they’re funded. As is often the way when it comes to something needing meaty analysis, this by Bernard Hickey gets right to the heart of the issues. In particular, paying for growth is something that hasn’t kept pace with demand and must be addressed, particularly because of the strain a lack of growth funding puts on other areas of society, like housing and transport.

When done properly, rehabilitation programmes in prisons can change both individual lives and wider society for the better. So it’s a real worry that the rate of prisoners doing such programmes is falling year on year. The story comes from One News’ Maiki Sherman, who found that the number is now down to 41% of prisoners in 2020, from 49% in 2017. Corrections minister Kelvin Davis reportedly refused to be interviewed for the story.

An abridged version of the National Party’s review into their election disaster has come out, reports Newshub’s Tova O’Brien. A particular area of the review that was highlighted involved improving leadership across the party, and in the process create a more disciplined party culture. The debacle around candidate selection for Auckland Central also got a big mention, particularly everyone’s mate Merv from Manurewa. Incidentally, if you want to read the document for yourself, you can do so here.

The Act Party is currently touring the country trying to drum up opposition to the proposed hate speech law changes. I went along to see an event in Takapuna, and then had a chat to David Seymour about some of the issues that arose out of it. At times, it seemed like Seymour was struggling to control the room, particularly during a Q&A session dominated by anti-lockdown activists and conspiracy theorists. I also put questions to him about whether there could be genuine free speech debates on topics when people feel like their humanity is being debated.

The number of people doing trades apprenticeships in the past year has rocketed up, reports the NZ Herald’s Kirsty Wynn. The story focuses on school leavers, some of whom are finishing year 12 and going out on the job. In terms of the government’s economic development programme, it’s one of the few unambiguous success stories, in that it will also address areas of key skills shortages. To get there, they’ve put hundreds of millions of dollars into free trades training.

Former Dunedin mayor Dave Cull has died at the age of 71. The ODT has an obituary story covering the life and times of a hugely significant figure for both the city, and for local government generally. The paper re-released an insightful interview with Cull from when he left office in 2019, which tells the story of the impact he made. In recent months Cull had been battling pancreatic cancer, and had been in and out of hospice care. 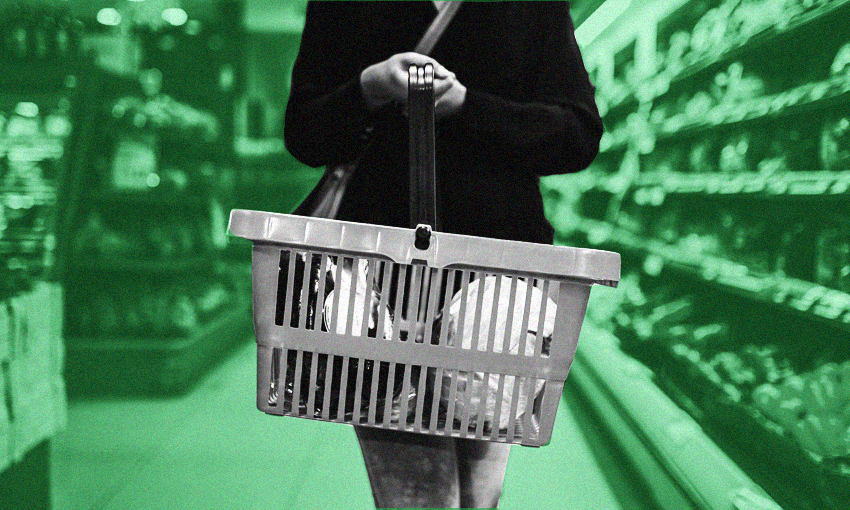 Right now on The Spinoff: A new episode of The Single Object looks at the pou, which is the centrepiece of Māori architecture. Tahu Kukutai and Jacinta Ruru argue for the need to give Te Tiriti full expression in how policy gets made. Jihee Junn has put together a very useful beginner’s guide to inflation. And Josie Adams writes about a deep tech lab in Auckland that is pushing science forward.

For a feature today, a bizarre story about reality TV gone wrong. The Straits Times has reported on the case of a Russian man who ended up on a Popstars-style Chinese show, but then wasn’t able to get off it again. Here’s an excerpt:

His lack of enthusiasm played out in half-hearted singing, rapping and dancing alongside the other, more eager contestants. Performing under the stage name Lelush, he urged the public to vote him out, saying he did not want to be among the 11 winners of the show, who are contractually obliged to form a boy band.

“Don’t love me, you’ll get no results,” he said on one episode. But viewers took to his dour persona and kept him in the running for nearly three months.

In sport, a brand new episode of The Offspin is out, and you can have a listen here. We talked about the ongoing IPL taking place amid India’s rampant Covid-19 outbreak, which at the time of writing hasn’t yet been cancelled. It was also delightful to have on as a guest Michael Appleton, a working diplomat and The Spinoff’s unofficial chief cricket statistician.