One Auckland building has birthed millions of dollars’ worth of science experiments. Now it’s got a new name, and a new purpose.

Parnell’s Kenwyn Street is quiet and lined with unassuming old buildings. You’d never know that down the end of it, on the left, is a basement spiked with Rocket Lab shrapnel.

Over the years, the experiments dwindled. Spare rooms on the lower two floors of the building were rented out to scientists and engineers who needed lab space. Two of these renters were Rocket Labs’ Peter Beck and LanzaTech’s Sean Simpson.

The latest company to rule over the laboratories is Outset Ventures, helmed by CEO Imche Fourie. “There was an explosion back when Pete was in the basement,” says Fourie.

“He would test out his propulsion systems inside shipping containers, and there was an explosion that had so much force it actually ripped the sides of the shipping container and embedded itself in our wall. You can still see the shrapnel from Pete’s experiments embedded in the walls downstairs.

“I think that was the last incident we had. He learned his lesson.”

In 2016, Fourie and two colleagues – Mat Rowe (Dotterel Technologies), and Will Barker (Mint Innovation) – became the founders of LevelTwo Holdings, a company incorporated to hold the lease on the lower two floors of the building.

Under their management those labs were soon brimming over with renters, and so last week LevelTwo rebranded to reflect its status as New Zealand’s largest deep tech incubator.

The freshly-named Outset Ventures has now moved up the building to take up five floors. It boasts 180 people, and a brand new $10 million investment fund. Beck and Simpson are both on the investment committee.

Fourie’s background is in biotechnology, and she was part of a team at the Centre for Brain Research before she was drawn in by the experimental community bubbling down in these basement laboratories. “I loved the science, loved the team, loved what we were doing, but I hated being in a lab,” she says. “It was just not my jam.”

She found her purpose in giving lab-lovers what they need to thrive. “Sometimes all a great idea needs is a little bit of space, investment, and a community of other slightly mad scientists. That’s the ethos that still remains [at Outset].” 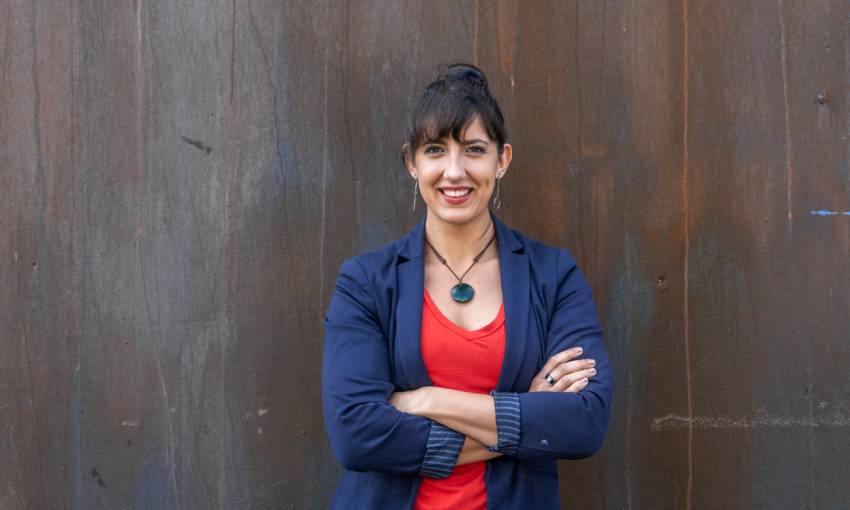 The Icehouse across the road – once one of Forbes’ top 10 startup incubators – runs the back end of Outset’s $10 million investment fund. “It’s a tightly regulated space, and the Icehouse manages all that for us. We just make decisions on how that fund is spent,” says Fourie.

Portfolio investments so far include Astrix Astronautics, which is developing power systems for small satellites; HeartLab, an AI company for cardiologists; Dennison Technologies, who are building exosuits to help people unable to move their limbs without assistance; and HelicoBio, a company aiming to produce insulin from plants.

Outset holds a certification for GMO experimentation, which makes it a rare opportunity for start-ups like HelicoBio. “We are the only incubator in the country that has that,” says Fourie. “We actually have five of those containment laboratories on site.” These are specialised containment facilities built to MPI’s strict GMO requirements.

The team at HelicoBio is made up of hard scientists plus one CEO-slash-visionary, Ilya Vensky. Vensky’s also involved with Aō Air, another of Outset’s resident companies. He admits he’s “not a scientist,” and prefers to raise capital while his team works out the nuts and bolts.

HelicoBio’s CTO, biotechnologist Wayman Puna believes working with plants to produce medicines – even via the supposedly controversial GMO – is ultimately a safer way to go than conventional methods. “Plants and plant tissue are less likely to harbour zoonotic (animal) diseases and certain pathogens than other conventional production methods, and thus the likelihood of contamination is significantly reduced,” he says.

“Additionally, most protein based therapies, such as insulin, are produced using GMO technology anyway. So from that perspective, it really makes no difference.” HelicoBio is the first start-up Puna has been part of. Before this he was an academic, disheartened by the delay between research and market delivery. “The entire process is incredibly slow,” he says. “People just don’t have time to wait for the typical 10-20 years required for an innovative idea to reach the market that makes their insulin cheaper when they have type one diabetes and had to ration their insulin last month.

“It seems immoral to me.”

He sees HelicoBio’s plant-based biologics as one solution to the problem. “From a single seed, you can propagate entire fields of insulin-producing plants and produce millions of doses in a remarkably short timeframe,” he says.

It’s also cheaper, apparently. “Growing pharmaceutical products in fields as if it was a standard agricultural product, such as lettuce, is a lot less expensive than building a factory. The cost of some insulin production facilities often exceeds the one billion dollar mark. Plant-based production of biologics substitutes the factory for the field and so we get significant savings on that front.”

However, HelicoBio does not currently plan on seeding its own products, instead selling the seeds on. “We intend to build a seed bank of plants that produce high-value molecular products, including a broad range of pharmaceuticals, that we can distribute to licensees and growing partners around the world,” says Puna. “We hope this approach improves pharmaceutical accessibility and eventually puts a significant dent in the cost of pharmaceuticals.” 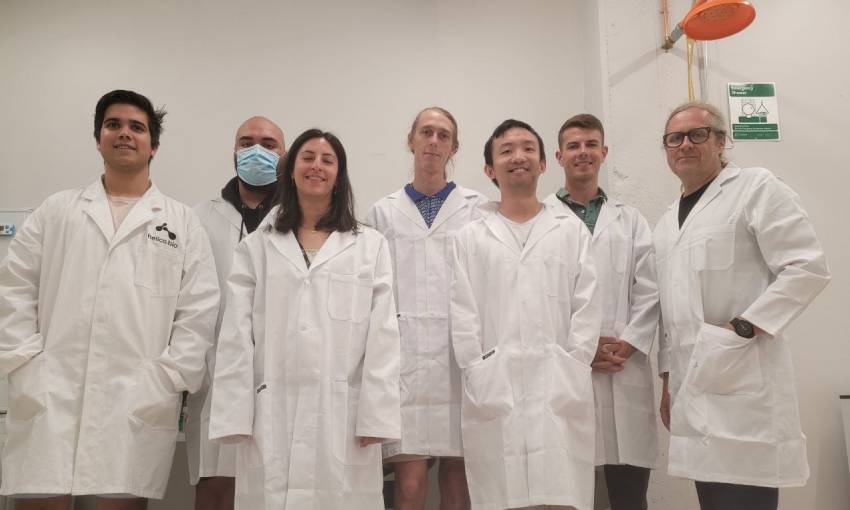 The team is yet to produce a functional plant. They’re currently using computational screening to find the molecules they need and determine how they could be produced. Using computer screening instead of lab testing speeds up the process immensely; it’s similar to how some Covid-19 vaccine research was done.

“We are, essentially, a molecular manufacturing company and our technology has many applications,” says Puna. They’re aiming to produce more than just insulin, and in more than traditional forms; edible medicine is on the table, further down the line.

Puna says both Outset and the Icehouse have played crucial roles in supporting the startup. “They’re very friendly and supportive, and the technical and business advice they have given us has been invaluable. The environment they have helped create is the ideal space for not just us, but any start up either of them intend to take under their wing.”

That’s Fourie’s goal: to provide scientists with the space for wild experimentation and investors with a pool of world-changing potential. “I see it full of companies who are ambitious, and doing cool shit, and wanting to take on the world,” she says.

“I see technology becoming New Zealand’s number one export as a result of these sorts of initiatives.”