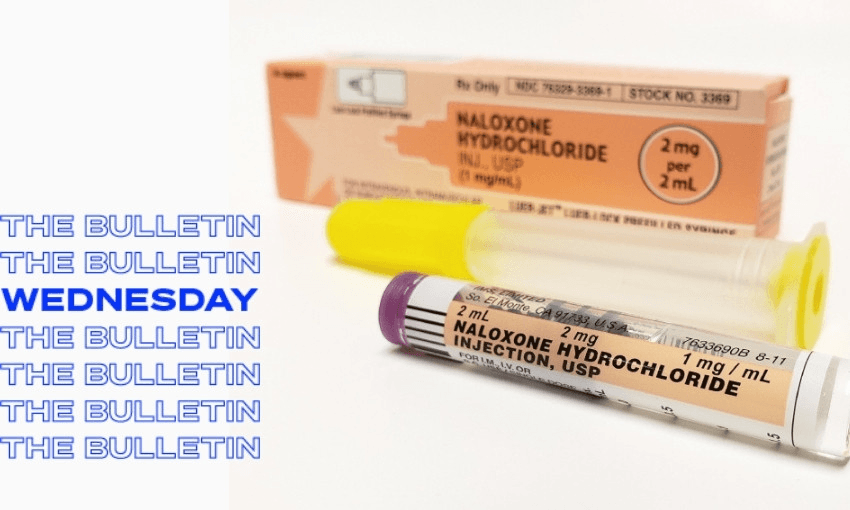 Experts are concerned about our preparedness to cope with a fentanyl outbreak and say part of the problem is our drug law, writes Anna Rawhiti-Connell on The Bulletin.

In 2020 I took a paper on alcohol, drugs and addiction. A little bit of knowledge is a dangerous thing but it did give me some understanding of why the Misuse of Drugs Act is called a Frankenstein by those advocating for an overhaul of our drug laws. Today on The Spinoff, Duncan Grieve joins this call, writing “unless we want to end up with the breaking wave upon wave of entirely avoidable tragedy seen in the US, it’s time for this country to leave its drug laws in the 70s and build something fit for the 2020s.” A poll released by the Drug Foundation over the weekend found 68% of New Zealanders agree with him.

Grieve has written his piece today in response to the news that powdered fentanyl has been detected in New Zealand. 12 people were hospitalised in Wairarapa after taking what they thought was cocaine and methamphetamine. Fentayl is a highly dangerous synthetic opioid. If you are familiar with Empire of Pain (a 2021 book by Patrick Radden Keefe) or DopeSick (the TV series based on the book of the same name by Beth Macy) you will know something about the opioid crisis in the US. 60,000 people lost their lives to fentanyl overdoses in the US last year.

Sarah Helm, executive director of the Drug Foundation, says we are grossly underprepared for a fentanyl outbreak. Helm’s concern is two-fold. She is concerned about access to harm reduction services and treatments. Police don’t have their own supply of Naloxone, a treatment that reverses an opioid overdose, and rely on kits donated by the Drug Foundation. Secondly, she says, based on what’s happened in the US, overdoses are amplified by “a mess of a drug law”. This article on The Conversation walks through the international evidence around drug policy and rates of drug harm. Fentanyl was reclassified in May under the Misuse of Drugs Act. At the time, Green MP Chlöe Swarbrick took the opportunity in the house to argue, once again, that our drug laws need replacing.

A long line of reviews

For one of my uni assignments, I wrote a hubristic faux briefing to the incoming health minister. No one, let alone the health minister, should read it but there is one line I am OK with repeating: “For as long as the Misuse of Drugs Act is the dominant legislative lens through which we view drug use, we will continue to fail at treating it as a health issue.” Undergraduate pontifications aside, that is also in line with findings from the Law Commission in 2010, the He Ara Oranga Government Inquiry into Mental Health and Addiction in 2018 and global bodies advising on drug policy. Despite an open letter from the Medical Association, the Public Health Association and the Mental Health Foundation, when asked about drug law reform in 2021, health minister Andrew Little said it was off the cards. For now. With 68% of people saying they want to see reform and the inadequate framework we have to deal with the effects of a drug like fentanyl in New Zealand, now-ish might be good.