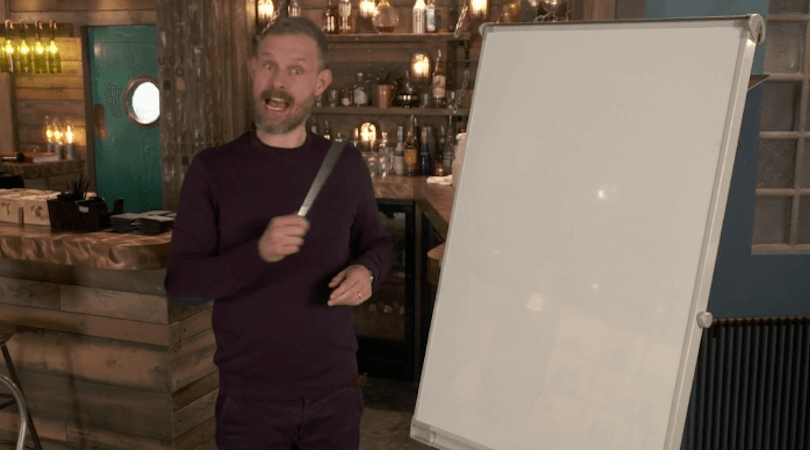 Eighteen months of Coro in two hours: how did they do?

Last night Coronation Street finally cast off 2016 and made its big 18 month leap into the present day. But first we had a lot of news to catch up on, thanks to Nick Tilsley and his magical whiteboard.

Coro fans faced the decision of their lives when TVNZ announced they were jumping our beloved soap forward 18 months. We stared into the bleak abyss of an impossible choice: do we stay loyal to the 2016 episodes, or take a leap of faith into the unknown of 2018? We were Gail Platt trying to choose between her two favourite turtleneck jumpers. How did we end up here? This is the Sophie (Webster’s) choice of our prime-time television lives.

TVNZ felt our pain and last night screened Coronation Street: from here to now, a two-hour special covering all the major storylines during the 18-month gap. I hoped it would help me embrace this change in the same way Peter Barlow embraces a new wife: gingerly, and full of hope. I was wrong.

Or maybe I was right. I don’t know what’s happening any more. All I know is the future is now, and it’s covered in a thousand amputated heads.

From Here to Now host Nick Tilsley (pretending to be a real person called Ben Price) talked us through 18 months of soap storylines in 8.4 nanoseconds by using the world’s most modern invention, the whiteboard. We can only assume the overhead projector had blown a bulb, so Nick Tilsley did God’s work as he took us by the hand and led us into a future filled with the decapitated faces of our precious Coro favourites.

It was a vision from another world as Nick Tilsley slammed head after head onto his whiteboard and casually dropped plot bombs like “Mary and Norris are married” (WHAT) and “Steve is back with Tracy Barlow” and best of all, “there’s a new character who’s a psychic medium called Rosemary”. As for the sentence “Sally is now the Mayor of Weatherfield”, there are so many layers to unpack we’ll be as old as Ken Barlow’s cardigan by the time we’ve fully comprehended the gravity of that incredible situation.

Tiny heads were showering down upon us like a rabid thunderstorm of Betty’s hotpots, their beady eyes staring directly into our weary souls. This is what the future looks like, and I was as stunned as Richard Hillman that time he drove into the canal. It was magnificent television, and if TVNZ had simply screened two hours of Nick Tilsley plonking tiny Norris heads onto a hard piece of plastic, I would’ve died a happy woman. Who needs technology in 2018? Heads on a whiteboard, all day, every day.

After Nick put the whiteboard away (RIP), he took us on the loneliest tour of Weatherfield we’ve ever seen. The poor lamb sat alone in an empty Rovers, nursing a flat pint and a fuzzy beard, and leaned against the ‘delicious hot snacks’ sign in a deserted Roy’s caff. Empty chairs at empty tables: Nick Tilsley was the Jean Valjean of Weatherfield, the sole survivor of a disturbing experiment that pulled a nation of anxious television viewers into a terrifying vortex of time and space.

Lives changed in the blink of an eye. It took about four minutes for Michelle to go through a pregnancy, a birth, a death, a break-up, a new relationship and an engagement. Nick left after he discovered he wasn’t the father of the baby Leanne delivered in a lift. The glorious Rosie Webster returned to accidentally smuggle cocaine onto the cobbles, new Rovers landlords Simon and Our Toyah became entangled in a secret surrogacy with Aidan and Eva’s baby, and David fell in love with the mother of the man who killed his wife. I know. I KNOW.

The biggest shock of all: Schmeichal the dog is dead. Apparently, this happened in 2011, but who knows where we stand in the Coronation Street time continuum any more. Did 2011 even exist? What is life? If a whiteboard falls in an empty Rovers Return, does it even make a noise?

Nick failed to answer my questions, as he was too busy slamming more unhappiness onto the emotional whiteboard of our nightmares. The loss of Michelle and Steve’s baby, Aidan’s death, and the sexual assault on David made for an exhausting final half hour, and that was before we got to Phelan and his murderous rampage. When Eileen pushed Phelan off the cliff she could have thrown me in too, for I was done. Slather me in butter and hurl me into the Irish Sea, because I was toast.

There’s no way I’ll turn my back on 2016 Coronation Street now. After all Nick Tilsley’s crazy  talk from the future, I must know more. I need to watch every big moment, to savour the build-up and the tension, and I need to find out who the heck Rosemary the Psychic Medium is. Luckily life is a journey not a destination, and if you need me I’ll be sliding simultaneously into the past and the present on the slippery whiteboard of my dreams.