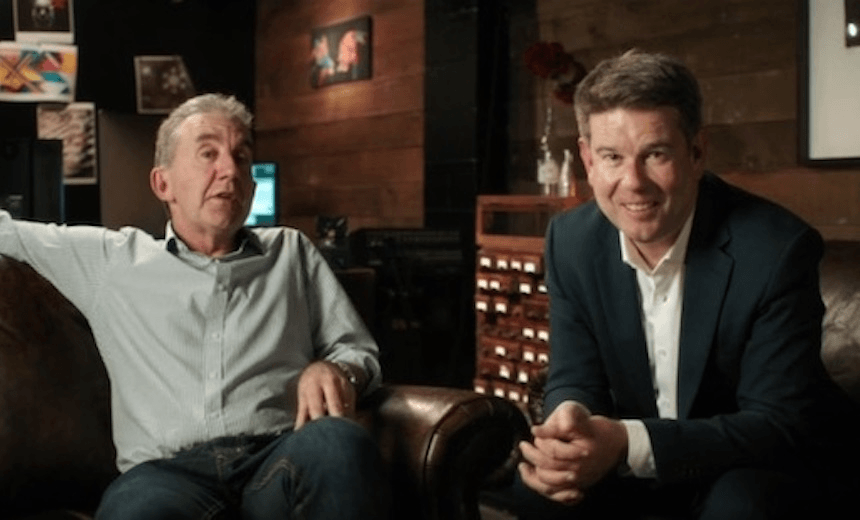 John Campbell makes his TVNZ debut and a strong case for a regular return to mainstream TV in What Next, TVNZ’s most public-spirited show since the charter was scrapped. Duncan Greive reviews the ambitious week-long TV event.

What Next, currently two fifths of its way through its run on TVNZ 1, is something of a landmark. It’s ambitious both in execution, airing live over five consecutive nights, and in scope. Truly, what it seeks to do is no small thing: take a clear-eyed look at what New Zealand might be like in 20 years time, through the eyes of both narrow subject experts and a panel of futurists, who discuss the various topics live.

It’s a credit to both co-host Nigel Latta, who conceived of the series and produced it with his firm Ruckus, and Jude Callen, the TVNZ commissioner bringing it through. The number of moving parts in this would have made some organisations smile and and ask if there was anything else in the bag. They include: a show both airing and streaming live; polling deployed and incorporated in real time; Facebook live conversations following the show; and live viewer responses woven in to the fabric of the show itself.

To do it as richly and seamlessly as this, knowing it’s all finished in less than a week, is, I think, without precedent. Better yet, Latta and Callen managed to tweak their competition at the same time, scoring a major coup in attaching John Campbell to the project. He makes his TVNZ debut at the age of 53, and his permanent curiosity meshes well with Latta. The latter (I’m so sorry) functions as a tech-positivist to Campbell’s concerned agnostic. Campbell clearly relishes being back in a prime role, and so manifest are his talents that you wonder if it can be long before he makes a more sustained return to a major network.

What Next as a whole is tackling something so enormous and hard to wrestle that it requires you ignore certain absurdities: a show made in 1997 might have missed the smartphone and would almost certainly have missed social media, for example. Additionally, for all the things we don’t know about what New Zealand will be like in 20 years, one thing I feel confident in asserting is that a show like this is unlikely to be hosted by two Pākehā men of a certain age (and reviewed by a third).

There is also a tendency to present open questions as inevitabilities. That there would need to be major legislative change – with concommitant democractic debate – to allow much of what’s conjectured to happen is glossed to the point of barely existing. To be fair though, New Zealand and the world’s relationship with tech companies has been of the ‘how high?’ variety when asked to jump, so all we’re really doing is assuming that our tax- and law-ignoring overlords will continue to be allowed to operate without any awkward questions.

These issues aside, it’s very refreshing to have these thorny and important questions discussed in depth and detail in the Seven Sharp era. This is arguably the most public-spirited piece of programming TVNZ has run since the scrapping of the charter, and the fact it was actually watched – well enough to be near the top ten of recent weeks’ ratings – suggests it hit its intended audience.

Structurally it mixes the panel discussions with experiential pieces, wherein Latta would head to Australia to experience a road legal car which handles aspects of braking and acceleration, or to Christchurch to eat bugs. These segments helped drive home the point that this isn’t just conjecture, it’s actually happening.

Better yet, What Next was unafraid to confront issues which attract a particularly sensitive audience, most notably education. It was perhaps telling that the most exciting initiative in the sector looked like OMG Tech!, one which is largely driven by the impulses of private individuals and institutions. The fact coding is only now being toyed with as curriculum was a clear source of frustration to Vend’s Vaughn Rowsell, with some justification.

The panel of futurists did well at taking vast and complex subjects and rendering them accessible. For those who regularly read on these subjects the discourse will have seemed somewhat basic, and deeper conversations with the likes of Mindlab’s Frances Valentine on education, or Shay Wright on iwi and tech, would have been helpful.

Glibness was occasional, but earnestness near constant. This is in part the heady nature of the subject matter, but I came away thinking that casting one of the hosts as a young comic – Rose Matafeo springs to mind – might have helped combat that.

Still, for all which might have been tweaked, What Next feels like one of the most futuristic pieces of programming broadcast in New Zealand in years – a smart, provocative attempt to grapple with some of the most important issues of this era and the next. For TVNZ, for NZ on Air, for the very medium of television, that makes it close to a triumph.