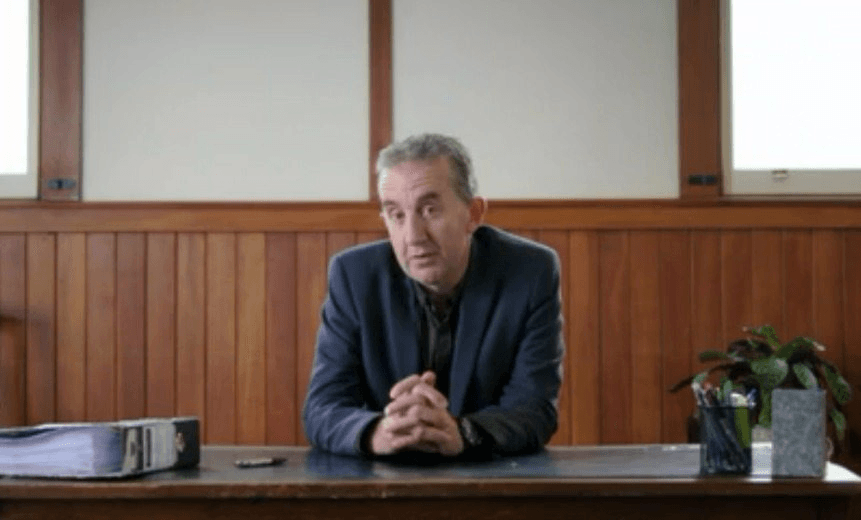 Nigel Latta is a weird fish. A diminutive and thin fellow, he’s a psychologist by training, but has evolved into an author and presenter and latterly seems to present as a kind of conscience of the nation. His shows, always with his name boldface in the title, have him wandering into areas of immense complexity and trying to boil them down into an hour’s telly. It’s an essentially impossible task, one you might set up for a naive enemy, before sitting back, popcorn in hard, ready to watch them fail.

Only, he doesn’t. In fact, he and Razor Films, the production company behind most of his work, including new series The Hard Stuff with Nigel Latta, are becoming a bit of a powerhouse – making beautifully-crafted work which aspires to provoke thought about some of the most critical conversations we need to have as a nation.

(And some of those we don’t: the whole series is available at TVNZ OnDemand, and I watched some of ‘Screenagers’ about parental anxieties around phones and teens. It opens with a group of girls on a bed, cackling away, and seems to suggest it’ll be another round of fogeys hand-wringing over The Youth. But an amiable academic named Luke Goode appears to basically tell Nige and his mates to calm down – suggesting a level of willingness to adapt a thesis on the fly that the didactic likes of Bryan Bruce would never contemplate).

Latta and his team are clearly aware of both how good they’ve got, and how difficult the task. Otherwise, how do you explain opening the second series of this show with suicide as your subject? It’s brutally difficult to discuss, both in the concrete and the abstract. There are so many layers of discourse, ways of conceptualising the act, and competing understandings of what does and doesn’t cause it.

And yet there goes Nigel, wandering in to this area, knowing full well that that the results will be controversial to some and inevitably imperfect. I found myself in awe of everyone involved in this production, and each deserves applauding. It’s exactly the kind of public service broadcasting which everyone says TVNZ has abandoned. The direction, production and editing is world class. And the combination of regular people processing grief and gratitude with Latta alongside was incredibly affecting. NZ on Air money has rarely been so wisely spent – this is of immense consequence, and you can see the way it might change hearts and minds and – I really believe this – save lives.

The subject was handled with sensitivity but not kid gloves. We opened with the story of a cop, talking about the suicide of a colleague’s partner. He spoke clumsily about “normal thinking”, in a way which made you wince, but also reflects the way people talk: imperfectly but with feeling. Then we meet her partner, still boiling with rage and grief. Neither the show – nor Latta himself – attempts to corral the subject’s feelings, nor endorse them: they are simply a byproduct of these shattering events and allowed to breathe in that context.

We travel on, meeting those left behind by the suicides of loved ones, those who were rescued and did the rescuing. The subjects are frequently very emotional and always nakedly honest about their own responses to this most difficult of human events. An academic, Professor Beautrais, is a thread throughout – alternately penetrating and patronising (the latter particularly so when talking about ‘the media’ – though I would say that, right?).

But it’s the families who are the heart of this show. Something about Latta’s open, beseeching presence seems to draw out of them thoughts they’ve rarely if ever spoken aloud. Gruff air force men, religious Māori whānau, stoic rural parents all speaking with great candour and insight about their experiences with suicide.

It’s an impossible topic to get right – but that has scared too many of us for too long from approaching subjects which desperately require our time. And while there were many questions I had coming away from it – not least the lack of any contemplation of the inaccessibility of mental health services by comparison to physical health – the nuance and power of the the piece was indisputable, a monument to bravery and what television can still achieve if it aspires to.