She’s a winner baby! RuPaul’s Drag Race Down Under winner Kita Mean stops by The Spinoff Studio to reflect on her journey to the crown.

On Saturday night in Auckland, surrounded by a buzzing room of close friends, Kita Mean found out that she had been crowned the inaugural winner of RuPaul’s Drag Race Down Under. “Kita Mean just feels like the right winner,” wrote Sam Brooks in his final power rankings of the show. “She’s grown throughout the competition without ever being a frontrunner, and has peaked at exactly the right time.” This morning, Kita joined Chris Parker and Eli Mathewson on Drag Race Down Under the Covers to look back at a whirlwind season.

Listen to the full podcast below or read on for the highlights.

On not knowing whether or not she had won:

It’s bizarre. When I was filming the whole thing, I was not confident with what I was doing and I was really bummed out about it. I thought I was stupid and like the class clown – I was super in my head and wasn’t giving it what I know I could give it. So I was down on myself. It was very much that every day, it was quite heavy. It would only screw me up more. It’s so hard to get out of that spiral.

But when everything’s said and done, I was confident of the job I did on the last episode. I felt really good about it – the look on the runway, the challenge and everything. So I was happy with that. But I didn’t think it was mine to win, and then in the lead-up to the last episode, the support was outrageous. Like, outrageous. I could never have dreamed to have that many people rooting for me. So then I started to think like, “Maybe I’m going to win this thing! Maybe I am gonna win this fucking thing!” 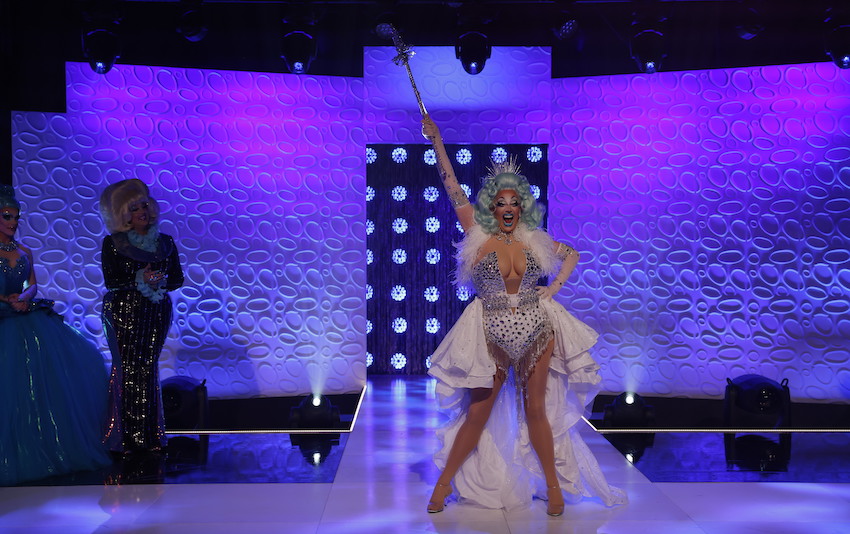 On her first time in drag:

The very first time I did drag was when some friends of mine saw there was a drag competition being held at Galatos, and they were like, “We should put you in drag!” I was like, “That sounds like fun! Let’s go do it.” It was advertised in Express Magazine or something. We got there but there was no interest in the event so it had been canned, it was this bizarre thing. At this point I’m not really connected to the community, I’d come out to my friends but didn’t really go to the clubs or anything and most of my friends were straight.

So we went to Family Bar, and I’d met a few people there, and that’s when someone asked what my name is. I didn’t have a drag name at that point. So, my cat’s name is Ketamine, and I knew that was a pun, so I freaked out and said, “It’s Kita Mean.” It stuck. I thought it’d just be ironic. I’m literally named after my own pussy now.

On the Drag Race bogan runway:

My brother and sister were considered bogans. They wore ripped Pantera t-shirts, they rolled their own cigarettes and tried to get people to buy booze for them outside the liquor store. It was listening to Nirvana and that sort of shit – that’s what my understanding of bogan was. Then I wanted to give it the Kita Mean flare with full neon. I just navigated the entire competition just doing what made sense to me. I didn’t so much worry about what everybody wanted to see. I think that’s why some of my runways were a bit – gosh, unique – but I am unique. We actually all are if we allow ourselves to be unique. 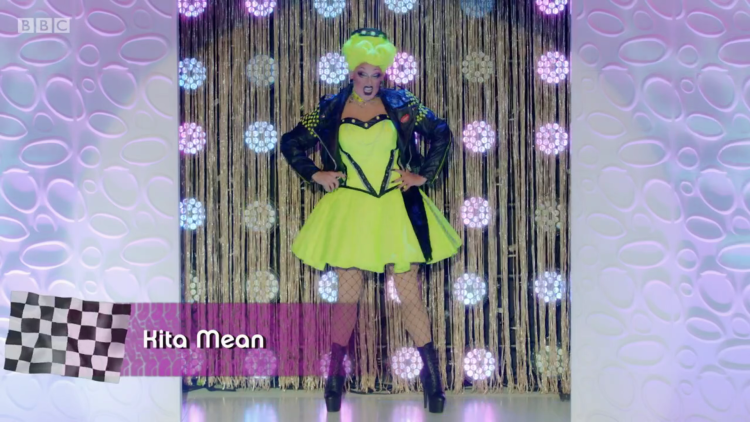 On the family resemblance challenge:

I felt proud of it and Karl loved it. All of those boys had such a fun time. You could just see they were really loving it. That was a really cool day. It was really quite heavy emotionally, the whole competition, because there’s so much on the line, but in that moment it felt like that faded away for a short while. We were just all there with these other cool queer people and just showing them our love for drag. That was a really awesome day.

On the Koru lounge:

I feel like Koru has been disappointing me these days with their international options! So if you’re listening, Koru Lounge, I’m over these kranskies and terrible scrambled eggs. I’ve had it up to here! 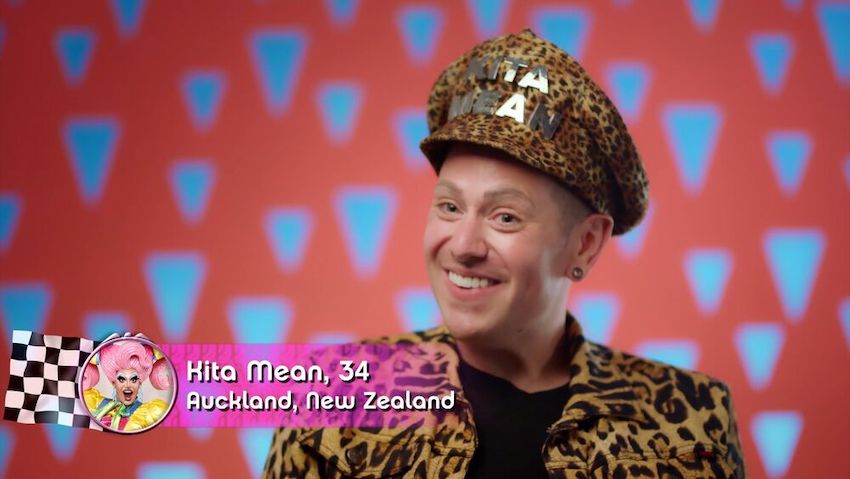 On life after Drag Race

It’s so hard to know in the world of Covid. You look at what other winners of the franchise have done, but the rules have kind of changed now. I just want to keep taking it as it comes. I really want to release music. I’ve actually got a song and a music video that I’ve just worked on and we’re gonna drop it tonight at 8pm tonight. It’s probably another side of me that people aren’t expecting. It goes to my roots when you were growing up – it’s a little bit goth, a little bit gritty, and a bit more rock and roll.

I’m just going to keep working hard. I’m so proud of myself, I want to continue to make myself proud but also to make New Zealand proud and make all my drag family proud.