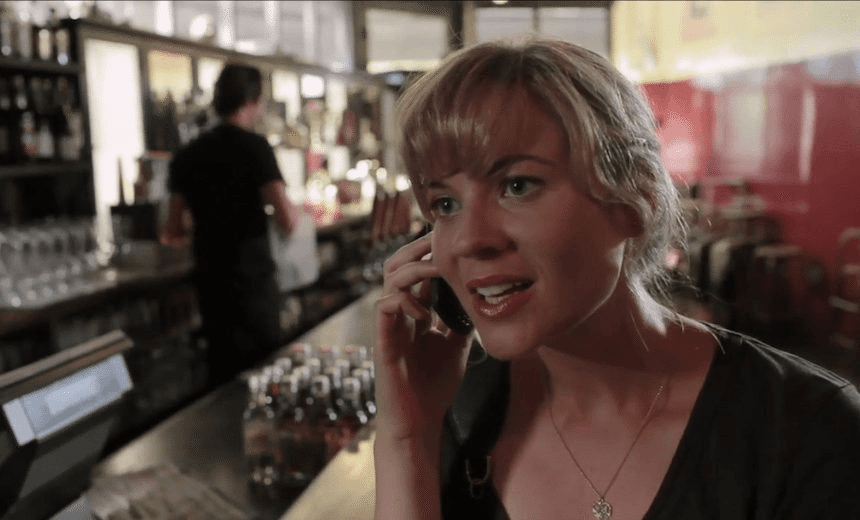 Shoshana McCallum as Jess in Animals

Animals is the best New Zealand TV pilot in years. So why didn’t it get commissioned?

Shoshana McCallum as Jess in Animals

While the golden age of television continues to blossom overseas, New Zealand’s TV drama output remains stubbornly mediocre. But it didn’t have to be that way, says Duncan Greive – and he has the show to prove it.

A couple of years ago, about the same time that the big budget dramas Filthy Rich and Dirty Laundry were being workshopped with TVNZ, another show was being shaped and honed in Auckland’s inner city.

The show was called Animals and was something like a New Zealand answer to Girls – a female-driven comedic drama about a group of twenty-somethings trying to figure out how to be adults. The writing was fresh and vernacular and resembled the way people actually talked. The sets were messy and familiar and resembled places people actually lived. The plot was contained and plausible and resembled events which actually happen.

It was taken to a major New Zealand network brimming with expectation by an experienced team – old enough to have achieved some things, young enough to be intimately familiar with the experiences they were endeavouring to communicate on screen. And at the end of this consuming process they received their answer by email – the network would not be commissioning the show.

This happens all the time, right? Across the country groups of people are working obsessively on projects that will never get made. That is the hard reality of life in screen production: only a tiny fraction of those big dreams ever get realised. Normally we never hear about it, never know what might have been because they stay on the page and in the mind.

Only, in this instance we have a counter-factual. Because this group actually made a pilot – a 22 minute episode of television which shows what might happen if a bunch of young people are given the controls. I was sent it a couple of months ago, and last week it was released online as a kind of sad requiem to a televisual dream, a glimpse at the shows not being made in New Zealand. Here’s the trailer, with a link to the full episode at the end.

I remember watching it with a growing feeling of sadness. As a critic and consumer of New Zealand television, there is so frequently an oddly alien quality to our drama in particular. These people live in our cities and speak in our accents yet don’t quite resemble a human you might encounter. This isn’t just an inner city JAFA thing – it’s the language and behaviour and ways they respond to stimuli. It just all seems off somehow.

Animals is different. The first episode follows Jess – a sweetly haphazard Shoshana McCallum – just married and moving into home with everything she should want in life. Yet something is gnawing at her. “Do you feel like you’re eight years old playing house?” she asks her husband. (He doesn’t). This absence is revealed gradually and obliquely, with director Peter Salmon a model of restraint, trusting the audience to not need the point shrieked out.

Jess meets friends at a bar, gets hit on and likes it. She ends up drunk and buying cigarettes and stumbling around, chasing the ghosts of paths not taken and straining at the bounds of the chaotic life she’s meant to want to leave behind.

The destructive behaviour, the complicated desires, the black humour – it all shocks with its familiarity. You’ve known it or watched others go through it and it cuts to the core as a result.

It’s not perfect and not for everyone. Defenders of the current model and the vast sums expended on Dirty Laundry, currently dying softly on Wednesday nights, will say that a show like Animals is too niche, only relevant to a tiny elitist audience. They might be right – but the ratings of our mega-budget dramas suggest that by trying to go broad and make shows for everyone we end up making them for no one in particular. And that we could and should be making a dozen Animals instead of one big budget flop.

Thus Animals has not just a tragic quality, but a galvanising one – it suggests that we are more than capable of making shows which hew close to a real and recognisable New Zealand. And if the $5000 the makers expended on making the pilot themselves does nothing else, it should make networks and funding bodies feel emboldened to take greater risks. To pursue something more than the over-familiar dry mediocrity we’ve lived with for too long now.

Read more from The Spinoff on what’s wrong with our publicly funded television:

Why the hell did Filthy Rich just get $7m to make a second season?

Dirty Laundry is better than Filthy Rich. But is that good enough?

Plight of the Content Creators: how NZ is stifling the next generation of TV talent

The problem with NZ TV, part 2: Comparing TVNZ with the BBC