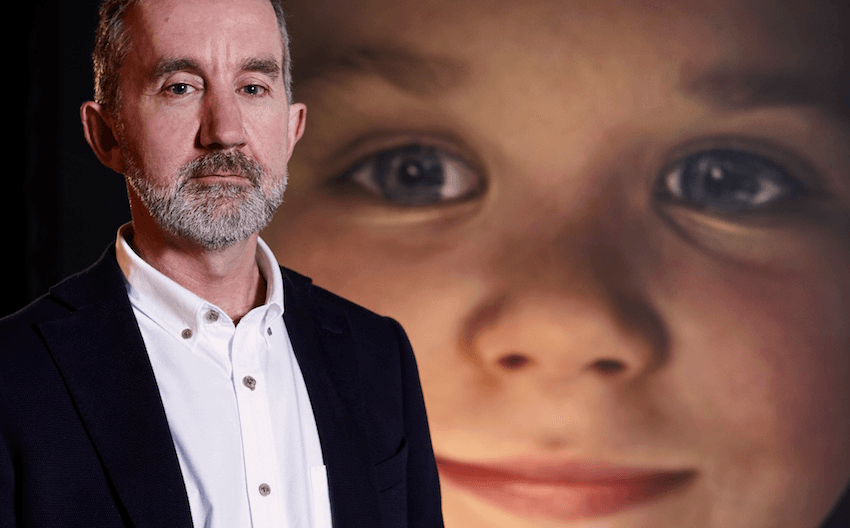 A Curious Mind: Nigel Latta on making popular TV without dumbing it down

Television icon Nigel Latta returns to TV, and this time he’s focused on the one thing that governs us all: the brain. Haimona Grey talks to the man himself.

“Our belief has always been that people are interested in interesting things. Sometimes TV patronises the audience, it has a belief that people won’t stay if it’s real content – but they do.” – Nigel Latta.

The general school of thought across the business of entertainment is the broader the appeal of your show, the bigger the potential audience and the lower the risk of failure.

In the film industry they call it a ‘four-quadrant movie’: one with broad enough appeal to catch the four major demographic ‘quadrants’ of the movie-going audience: male, female, and both over- and under-25s.

When failure could lose you your job, having as many ‘quadrants’ on your side as possible seems like a no-brainer. The only safer bet when your job is funding TV shows is having talent, in front and behind the camera, and a good concept.

This is where Nigel Latta and his production company, Ruckus Media, have separated themselves from their competition. They have brought together talent and good concepts – ones that also happen to have broad appeal – at a prodigious rate.

Since 2016, Ruckus have produced: two seasons of the Mind Over Money series; the lauded feature length documentary on the health journey of Stan Walker; What’s Next, Latta and John Campbell’s co-hosted series; and his latest, The Curious Mind.

I asked Latta what an animated baby has to do with neuroscience, and how Sagar came to be involved.

“Several years ago I was at a science conference in Auckland where Mark Sagar was presenting BabyX. First thought was ‘wow that’s a great animation, it looks exactly like a baby!’, but it was when he kept turning to the baby on the screen to soothe BabyX, I realised it wasn’t an animation, it was a virtual human reacting to Mark and getting upset when he ignores them.

“I have always been interested in [making a] neuroscience show, but it seemed like BabyX was a really good vehicle to show people what is happening inside a brain. So afterwards I went up to Mark to pick his brain, he explained to me that he had always seen BabyX as a learning tool to help teach neuroscience.

“With The Curious Mind, when we sat down to try and develop a show about the brain we realised there would be much we couldn’t cover. So we tried to look at the really big things which are central to everyone’s lives: how we are wired to connect with other people, how we learn and remember.”

In the final episode of the season, ‘The Imperfect Brain’, the series delves into how our brains can be overwhelmed, and looks at practical steps that can help. A central theme of The Curious Mind through its four episodes is how our brains adapt to the challenges of the modern world.

“We’ve got these tens of thousands of years old brains, but what is amazing is that we can take the cumulative knowledge of human history and use it to inform how we navigate the world. We don’t need to know how to light a fire anymore, we can just press a button. This technology allows us to think more about bigger, more interesting problems.

“Our brains are excellent at dealing with stress, but what creates stress now is far different to what it once was. Now the lion will email you for eight months about something being overdue and you don’t know what to do or say to the lion.

“We’re living lives which are very different from the ones lived those tens of thousands of years ago. We have to think about retirement, mortgages, and other new inventions. This all taxes our brains. Fortunately our brains also have mechanisms to deal with that stuff.”

It shouldn’t be surprising given the talent behind the production, but the strength of The Curious Mind is the way it demystifies our own brains. He explains this simply, and its this simplicity that makes the show essential, those complex ideas simplified for us:

“The more you understand that a) your brain is wonderful, b) it is plastic and can change, and c) there are things you can do to change it in positive directions, you can make real changes in your life.”

Although it’s the ever-changing locations, range of focuses and beautiful visuals that make The Curious Mind a good watch for all four aforementioned quadrants, it’s the way he simplifies and communicates these concepts and ideas that actually makes it an achievement.

Even more surprising, and notable, is that Latta doesn’t resort to re-using the same winning formula that has lead him to success in the past. He actually surrounds himself with new ideas and talent behind the scenes and he sits around for hours after his presentation at a science conference talking about animated brain cells – this isn’t a host or a frontman resting on his laurels, he’s consistently finding new ways to tell new stories.

It’s that thing that makes Latta – and The Curious Mind – more than just your average four quadrant show. It makes it special.

The Curious Mind starts on Sunday 26th August at 8:30PM on TVNZ1.