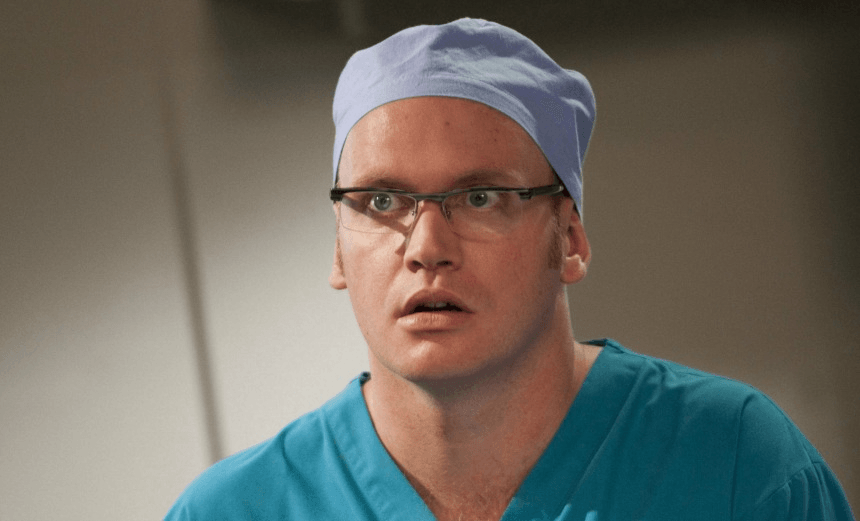 By Gerald Urquhart
Guest writer
Made possible by

Shortland Street’s explosive episode last night featured mass death and destruction, but what does it really feel like when your character is killed off? Gerald Urquhart, aka Luke Durville, comes back from the grave to tell his story.

‘Sir, sir you were on Shortland St last night.’ Initially, I was confused when my students would tell me this. I mean I had been dead for ages. ‘Was I?’ ‘Don’t you watch the show, Sir?’ ‘No, I stopped watching after my favourite character died.’

This was – and still is – my go-to line. Basically, I try to hide my humility by pretending to be a narcissist. It feels weird being asked about something that finished so long ago. I get asked about Shortland Street a lot, even now (as evidenced by this piece). Even though Luke is dead, there seems to still be some life in the character.

But it is different when you wrap a character entirely.

A storyline in which you suddenly die is a juicy bit of info to keep quiet. Imagine leaving a job of five years and not being able to share that with the people close to you. When I left NZ Post I wasn’t scared it would end up in a Twitter feed somewhere. Having a whole lot of spare time is also difficult to explain away. In the end, you do a lot of avoiding questions or straight lying to keep it under wraps. Neither of these sat well with me.

In my 5-6 weeks until the truth came out, I waited. I filled my time with lots of different activities. I went horse trekking with my brother through the Southern Alps, and did a trip down to Bluff. I watched a lot of basketball and helped organise my wedding.

Then, finally, it screened. It felt strange to do all the media the morning after. It had been several weeks since it had wrapped for me. I had gotten used to having free time and not shaving. I wasn’t expecting it to be quite so emotional for the viewers. So many people contacted me to express their disappointment. Family, friends and strangers in the street would chastise me for letting this happen. My aunty rang and basically repeated ‘No, no, no Gerald’ down the line.

In comparison, filming the actual death itself was much easier. Luke Durville collapsed in the cafeteria. The part that stood out for me was my head repeatedly hitting the table top, as an extra tried to resuscitate my character. The episode ended on a close-up of my face, so I quickly made the decision not to react so that we would not have to do another take.

I can still clearly remember a European accent calling strangely softly ‘Luke, Luke…’ as my head thumped repeatedly into the surface.

It was a lot harder not to react in the subsequent emergency department scenes. I thought my hard work was done. I would just sit on the gurney with a tube in my mouth and let everyone else do the acting. But it was incredibly difficult not to react to the other performances. Amelia’s was particularly challenging as Bella reacted to losing her husband. We did a few takes of the close-ups because I couldn’t reign in these involuntary reactions to her performance.

Luke Durville died a long time, ago but he still lives in a way. I get asked about Luke in the supermarket, which is fine, and at sporting events, which is not so fine. I went back to teaching and had a few parent teacher interviews derailed by a parent who would rather discuss my character rather than their child’s achievement in class. Luke’s coffin was auctioned for charity. I had to go in and sign it for the winners, which was odd. Apparently, it was going to be a coffee table. A nurse even asked about Luke at the birth of my child.

In my own way, I try to keep him alive too. I do a lot of gaming and always create a Luke Durville character for RPGs because he is a unique character that I know well. That means I make interesting in-game decisions beyond the binary good or bad options. He is generally some sort of magic user with a strong loyalty to his companions and an interest in necromancy. Either that, or a Rebounding Center who does all the fundamentals but can dunk on LeBron. So he lives in my PS4 too.

Of course now, the students I teach are less likely to recognise me from the show. The conversation at the beginning generally happened when Bella was still around. They were too young to have seen it when it aired and Luke’s name no longer echoes through the wards with as much frequency. It seems the time may soon come where I can stop pretending to be so narcissistic.