All your questions about TVNZ’s gripping new submarine-set drama, answered by Tara Ward.

I’m so over crime dramas set in an office. I really wish they’d set one under the sea.

Grab your snorkel and flippers, because this is your lucky day. Vigil is the latest conspiracy thriller from the team behind blockbuster dramas Line of Duty and Bodyguard, and is created and written by Tom Edge (Lovesick). Forget your boring office drama with your boring car chases and boring fresh air, because TVNZ’s new thriller Vigil is set in a submarine.

At last, Octonauts for grown-ups. Tell me everything.

If you like your television tense and mysterious, or you’re missing the twists and turns of Line of Duty, Vigil will deliver over and over again. The premise is slightly bonkers and there aren’t enough portholes on that submarine for my liking, but this is the perfect setting for a murder mystery.

There are secrets and subterfuge everywhere. Even the submarine is lying about where it is, which would not impress Ted Hastings one bit. Vigil is dark and claustrophobic and nobody can ever leave the building. It’s like lockdown, but instead of making a stupid little sourdough starter, there’s the threat of nuclear war.

Yay, I love a nice trip to the sea.

The six-part series opens with a Scottish fishing trawler being dragged under the water, scenes which will almost certainly reappear in your nightmares. The fishermen are pulled to their deaths by an unknown source and, when nearby nuclear submarine HMS Vigil picks up the trawler on their sonar, Line of Duty’s DI Steve Arnott wants to go up and help them. 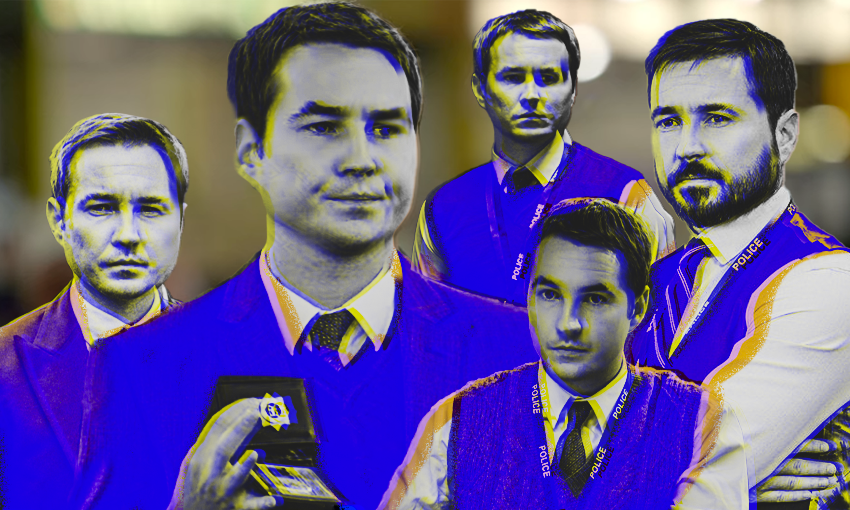 Old mate Steve Arnott! What waistcoat is he wearing?

Sadly, it’s not Steve. Here, Martin Compson plays Craig Burke, a naval petty officer who prefers a fine set of overalls to a jaunty vest. Burke loses his temper when his superiors refuse to help the dying fishermen because it will give away HMS Vigil’s position. Shortly afterwards, Burke is found dead in his bunk.

RIP, Steve. The only thing that will make this better is if someone from Coronation Street turns up to investigate the crime.

Prepare yourself, because Suranne Jones (Coronation Street, Doctor Foster) plays DCI Amy Silva, the brilliant detective leading the investigation into Burke’s death. She’s a tough but troubled officer who is flown out to HMS Vigil and has three days to find out how Burke died. With 140 men and eight women on board, Silva climbs into a floating sausage factory (also shaped like a giant sausage) and the blokes aren’t thrilled with her arrival.

But Silva is there for one thing and one thing only: to find bent naval officers. She quickly establishes Burke’s death wasn’t caused by a heroin overdose, and now we’re sucking diesel. “We’re not at war,” Silva tells Vigil’s Captain, who shakes his head. “We’re always at war,” he tells her, just as Vigil’s reactor system crashes. Whether it’s a war against Russia or a war against rust, things definitely seem like they are about to get dicey. 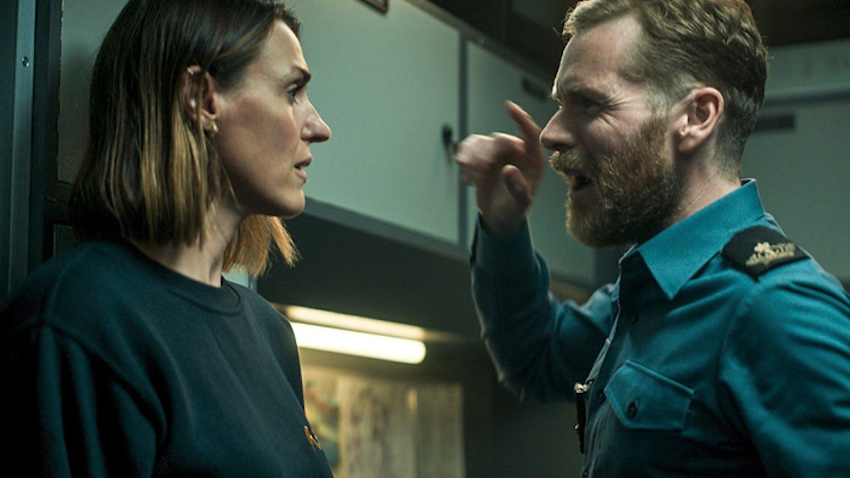 Right, so apart from Steve Arnott and Karen from Coronation Street, who else will I recognise?

Jesus, Mary and Joseph and the wee donkey.

There’s plenty of asses on this submarine, especially after Longacre discovers Burke was dating an anti-nuclear protestor (Lyle) and finds a USB stick containing video messages about dodgy stuff in the navy. Prediction: the navy will soon be leaking like a colander, which is never a good thing on a submarine.

I don’t like small spaces or the idea of Steve Arnott dying. Will I be okay?

You should be more worried about Silva. She’s brilliant and loves waving around a photo of Steve Arnott’s nostril, but she’s also dealing with a lot of trauma. We see flashbacks to a past life with a husband and child, and there’s her uneasy relationship with Longacre. Plus she’s stuck in a nuclear tin can at the bottom of the ocean with a bunch of men who don’t want her there. It’s a hell of a mood.

What else can I expect from Vigil?

Like Line of Duty and Bodyguard before it, Vigil will take you on an incredible journey. Expect conspiracies and confusion, gripping cliffhangers and nerve-wracking surprises, as Silva and Longacre go to great depths to find Burke’s killer. It’s all a bit ridiculous, but it’s worth it. Who did it, where are they hiding, and why are there so many pipes inside a submarine? Only the sea knows the truth.

Vigil screens on TVNZ1 at 9.30pm Sunday, and the full season is available to watch here on TVNZ OnDemand