Suzanne Paul is known as New Zealand’s infomercial queen, but wait – there’s more. She’s also the queen of the cameo.

Suzanne Paul once lifted an SUV off the ground with a vacuum cleaner. She sold us vibrating pillows, launched a fancy gold clip that worked on both scarves and shoes, and gave New Zealand it’s Natural Glow. She changed our television landscape forever, and then conquered the shows between the ads: Dancing with the Stars, Intrepid Journeys, Celebrity Treasure Island. Now, she’s about to go global. Tomorrow night, Suzanne Paul will make her biggest cameo yet by appearing alongside judge Michelle Visage on RuPaul’s Drag Race: Down Under.

A sneak peek at Queen Suzanne’s appearance on Drag Race Down Under tomorrow night, with judge Michelle Visage

The Down Under appearance is the latest in a decades-long series of glorious Suzanne Paul cameos. When you least expect it, Suzanne Paul will appear from nowhere, have a lovely time and then disappear again having made the world a whole lot brighter. She’s a human Suzanne Clip, a timeless gem who transforms an everyday item into something special. She’s the queen of the cameo; she’s the cameo creme.

Such Suzanne Paul cameos are rare and precious jewels, so call now, don’t delay, we have ranked them for a strictly limited time. “I’m not really a pie person,” Suzanne Paul says in this YouTube series about people eating pies. This is Suzanne’s most unassuming cameo, as she chats her way through a Thai Coconut pie (7.5/10), a Steak and Cheese (10/10) and a tasty slice of White Chocolate Brownie (official verdict: moist). “You get a free set of steak knives with every pie!” she says, cackling into her crust. Reader, you do not. Suzanne’s most inspiring cameo appears in award-winning Kiwi teen drama Being Eve, where she pops up as craft queen and life coach Suzy Sonnenschein. Suzy dolls out timeless advice like “little things, they’re small, aren’t they? Wrong,” and transforms doilies into hair accessories that inspire people to be better listeners. It’s something we all needed in 2001. Before Suzanne Paul was Suzanne Paul, she was Susan Barnes looking for love on  classic 80s dating show Blind Date. It’s Suzanne’s earliest TV cameo, and while she didn’t win the date with the dairy farmer, she did take home some exfoliating body scrub “for new skin” as a consolation prize. New skin? Full of… luminous spheres?! This could be the start of a beautiful thing. 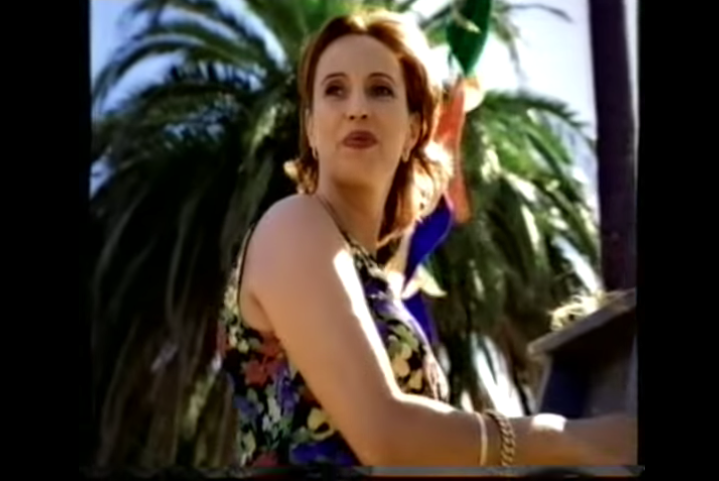 Suzanne holds a garage sale in this delightfully nonsensical TVNZ promo, because it’s a new millennium and Suzanne Paul can do whatever the heck she wants. Ellen Crozier buys a TV with a carry handle, and later, a penguin drives a bus. Can you see Suzanne’s halo? An angel amidst the chaos. It’s the Best Bag Ever, and who better to help Pascalle West sell it on the telly than infomercial guru Suzanne Paul? Yes, Suzanne had to spill the contents of her handbag in front of the nation, but $299.99 for a handbag that holds both your tampons and your MP3 player? It really is the Best Bag Ever. 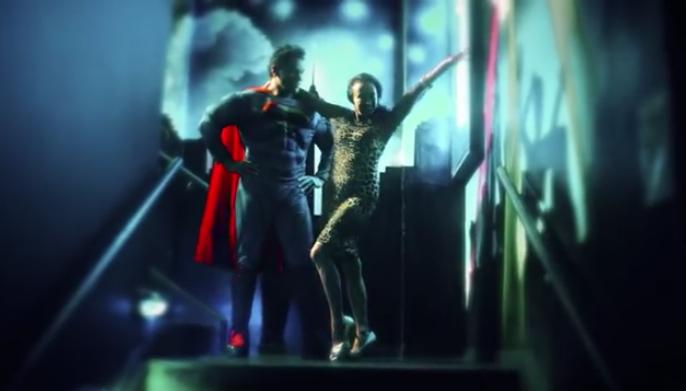 There’s a lot going on in this intriguing music video, but there’s no better moment than when Suzanne Paul appears to dance with a superhero in a nightclub stairwell. She doesn’t say a word, but we know it’s her. Those stylish kicks, that natural glow, the way she clings to Superman like he’s a vibrating massage pillow and she’s an inflamed sciatic nerve. Lois Lane could never. The Queen takes her rightful place on the throne. Sorry Holly, there can only be one. A fleeting glimpse of Suzanne Paul is never enough, so it’s understandable The Spinoff’s own Hayden Donnell attempted to capture her essence forever during an episode of internationally acclaimed documentary series Get it to Te Papa. Donnell attempted to make Suzanne into a human exhibit, but this is one luminous sphere who will never be contained. 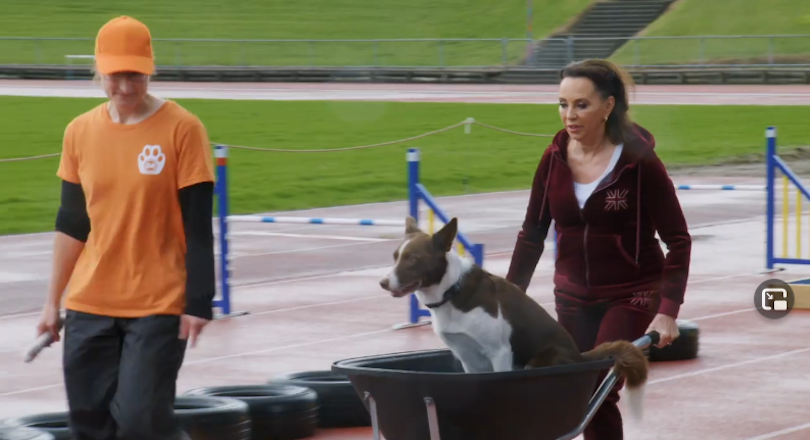 Nothing sums up 2020 better than Suzanne Paul appearing on primetime TV just to push a dog in a wheelbarrow. That’s all Suzanne did on Dog Almighty, and nobody has ever moved an Alsatian in a bucket with such style and enthusiasm. It may have looked like just another slippery stroll down the athletics track of life, but Suzanne was so convincing that if an 0800 number had flashed up on the screen, I’d have called it immediately. 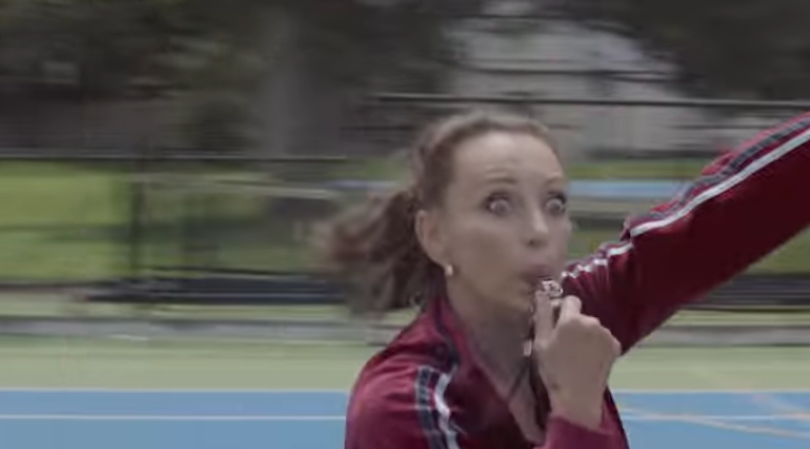 Suzanne moves like a gazelle in rapper JessB’s 2018 gem of a video, throwing her authority around like it’s a bowling ball and the court is her Bambillo pillow. Her tracksuit is magnificent, her whistle control outstanding. She’s a leader, a role model, a pelvis-thrusting superstar swaddled in the soft embrace of maroon velour. Suzanne Paul is here to teach you the RULES, bitches. Let’s face it, Suzy P was born to be gangsta. It’s the pairing we never dared to dream of, but this cameo from C4’s The Jono Project works better than a quick dusting of Thin Lizzy. Scribe takes the lead, but Suzy P’s contribution to both hip hop and community safety mustn’t be underestimated, mostly because she tells kids to “punch that fool in his bulging blue monkey”. Rules to live by, indeed.