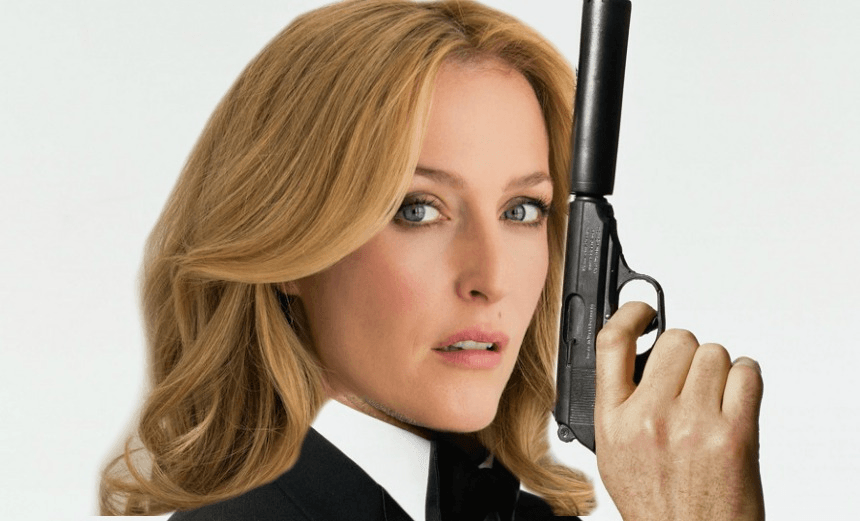 Is television hiding the next James Bond?

By Paul Williams
Guest writer
Made possible by

Paul Williams, The Spinoff’s resident James Bond expert, places his bets for the new Bond based on the likely contenders lurking on our TV screens.

On the 14th of October, 2005, a trio of Royal Marine speedboats came racing up the Thames in a ‘V’ formation. A man was seated at the front, his golden hair flapping in the wind. He wore a shiny red tie, black aviators and what appeared to be a lush green lei, but disappointingly turned out to be some sort of military life preserver.

The man’s name was Daniel Craig. Despite having seen him in both The Power of One and Lara Croft: Tomb Raider, I had no idea who he was. This was a big day for Daniel. From this day forth, he would be known all around the world as James Herbert Bond, agent 007 of the British Secret Service.

The response to Daniel Craig landing the role was mixed to negative. Someone purchased the website domain ‘craignotbond.com’ and launched an online community for people who didn’t want Craig to play Bond. The site gained quite a following, with the main complaint being that his hair was too blonde.

13-year-old me’s stance was that after Die Another Day, the only way was up. When Casino Royale was released a year later, the haters were well and truly silenced by what many consider to be the best Bond film ever. I saw it three times at Nelson’s State Cinema 6. Shout out to director Martin Campbell. A true kiwi legend.

10 years and four films later, it’s rumoured that Daniel Craig is hanging up his holster and turning in his license to kill. Who will replace him? Well isn’t that the question of the day?

I decided to take a look at a few of the candidates and use a very confusing rating system to rate their chances. 007 = a sure thing. 000 = No chance.

My first run-in with Idris was on The Wire where he played a very cool dope dealing villain called Stringer Bell. Most recently, I watched Idris play the slightly Bondish Detective Chief Inspector John Luther in Luther.

Last year he released an album of songs inspired by Luther called Murdah Loves John. This isn’t the first time he’s done this. He released a Nelson Mandela tribute album after playing him in Mandela: A Walk to Freedom.

Pros: He’s tough, handsome, British and he wants the role really bad. He could also sing the theme song, saving the studio heaps of money.

Cons: He might release an album of songs from the perspective of James Bond. Also, He DJs under the name DJ Big Driis and released a holiday mixtape called ‘Merry Drissmas’.

By simply retweeting a crudely photoshopped Skyfall poster, Gillian Anderson injected herself into the Bond chase. For 10 seasons, two films and a Simpsons episode, Gillian played the iconic FBI Special Agent Dana Scully on the The X-Files.

It’s unclear whether Gillian would go Albert Nobbs on it and play James as a man, or whether James would become a woman. Last year, Blake Lively and Ryan Reynolds named their daughter James so don’t give me none of that “James is a boys name” carry-on.

I think it’s highly likely that producer Barbara Broccoli will select a women to lead the next Bond film, however, I believe it will be in the role of director rather than the role of James Bond. Not So Fun Fact: A women has never directed a Bond film.

Pros: This drastic change could breathe new life into a franchise that some (idiots) consider repetitive and stale. Bond is traditionally dark haired, British and male. As a blonde American female, Gillian would be a very bold change of direction. She also seems really nice and does heaps of charity stuff.

Cons: Remember the outcry when a slightly blondish man was awarded the role? If Gillian is chosen I will be staying very far away from the internet.

Damian Lewis is known for his striking red hair and for having one of the smallest mouths in Hollywood. Luckily, what Lewis lacks in mouth size he makes up for in charisma.

He gained a bunch of fans for his performance in Homeland as Sgt. Nicholas Brody, an American sniper returning home after being held captive for eight years in Iraq.

Damian attended Eton College, the school that James Bond attended before being expelled for getting romantically involved with one of the school’s maids. Damian then studied acting at the Guildhall School of Music and Drama, where his first year overlapped with the third and final year of a young actor named Daniel Craig. Interesting.

Pros: He has a very distinctive look, he’s charismatic, British and he went to the same high school as Bond and the same acting school as Daniel Craig.

Cons: He’s 45 years old which would make him the oldest James Bond debutant ever. While I personally don’t think this matters, I do think they’ll be looking for someone who can last at least 10 years and this could hurt his chances.

A couple of nights ago, I decided to see what Twitter was saying about James Bond. Most of the tweets mentioned the supposed “frontrunners”, Tom Hiddleston, Aiden Turner, Idris Elba etc. however, I eventually noticed a name I didn’t recognise. The name was Sam Heughan. I originally dismissed it (as I had to the one guy pushing hard for rapper Big Sean) but after it popped up a couple more times I decided I’d better do some digging on this mystery man. So I searched his name on Google images, thought “yeah maybe?” and then forgot all about him.

The following night, I decided that, to help me locate the next Bond, I should first find the average age of the previous actors when they began their tenures. I settled on 38, using the power of math to determine that I was looking for someone born in 1978.

I decided to add two years, as it’s safe to assume that the next film won’t be out until 2018. That left me with a nice round 1980. Another google search led me to an imdb page titled ‘Most Popular Males Born in 1980’. Who should I find sitting pretty in the number one spot? Sam Heughan. Woah. Time to take this guy seriously.

My first priority was to see him in an interview setting, I decided on a four minute interview with Vanity Fair. The tagline read ‘Watch Sam Heughan discuss his favourite days on set and how to bond over sex scenes’. I felt shivers down my spine. Bond? Sex scenes? Surely this was a sign.

The interview revealed that Heughan is Scottish and plays a heartthrob Highland warrior named Jamie Fraser on Outlander. A little further digging revealed that he was born less than 100 miles from both the birthplace of Sean Connery and the college that Bond attended after being expelled from Damien Lewis’ alma mater, Eton.

Cons: He played Batman in this weird Batman play, he has instagram and he’s being backed for the role by William Shatner, a man many consider to be the G.O.A.T of overacting.

* I had Sam locked in for a 006 rating but then I found his Instagram and it dropped him down to a 004. I don’t think a James Bond actor can have Instagram. It’s also worth noting that I’ve never seen him act. He could be terrible. I’m probably going to start Outlander tonight though so I’ll keep you posted.

You only live twice, so why not spend some time with our potential Bond stars in Outlander, Homeland, Wolf Hall, Luther and The X Files on Lightbox today