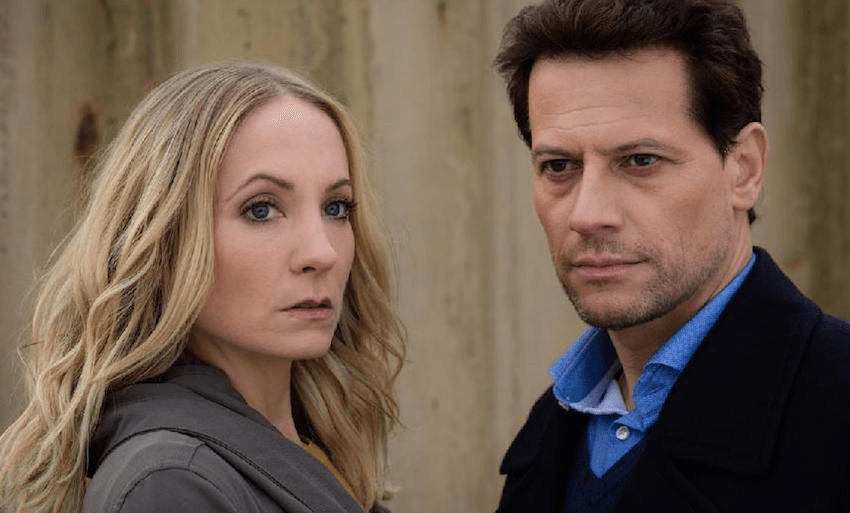 In a post-Weinstein world, shows like Liar feel queasier than ever

Without sounding too morbid, TVNZ couldn’t have planned the timing of sexual assault drama Liar any better. In a post-Weinstein world where stories of sexual assault and harassment have been dragged under the bright lights of Hollywood, it’s now impossible to look away from the gnarly, nuanced discussions that society has long avoided. Liar, TVNZ1’s new British Sunday night drama from the writing team behind The Missing, was clearly in the works long before any of this was exposed, but it still lands with a plethora of parallels to current news stories.

Centred around two very different interpretations of the aftermath of a first date, Liar is not so much a whodunnit but a whathappened? Laura, a recently-single teacher, agrees to go out for dinner with Andrew, a handsome widower surgeon with a teenage son in her class. They talk, laugh, eat, and head home together for a night cap. That’s the last thing we see before a smash cut to the next morning. Laura wakes up alone. Visibly distraught, she walks straight into the shower, sobbing and still wearing her underwear. She’s been raped.

Andrew’s morning plays out quite differently. He sends a cheery follow-up text about a “wonderful” evening, grins sheepishly to a colleague and goes into surgery without a second thought. That is, until the police arrest him for rape the very same afternoon. So begins the battle to be believed – she maintains she told him “no”, he maintains she consented. The questions start to become pointed. How much did you have to drink? What about your mental health history? Did you fight him off? If the invasive interrogation process is triggering, take care during Laura’s trip to the rape crisis clinic.

It should come as no surprise that Liar is very, very stressful to watch. Subject matter aside, the premiere was filtered through the same blue-grey coastal dread of Broadchurch, Happy Valley, and any other series about bad things happening to small town Brits. If that doesn’t put you on edge, the sparse piano score and a distant, jittery camera all contribute to the sense of foreboding in every scene. The conditions are ripe to force the audience to question the motives of everyone involved, and even themselves for indulging in this odd, queasy genre of ‘rape thriller’.

Should we feel weird about watching a show that questions the validity of a rape claim, fictional or not, almost immediately? The writers have said they hope the public resists a “knee jerk” reaction to the subject matter. I took that advice to heart, but my knee continued to flinch upwards like Frankenstein’s monster come to life. It’s a challenge to put your faith in a show that calls a woman’s credibility into account, when we live in a world that already does this every single day. “They’ll call me a mad woman,” says Laura, “a hysterical mad woman telling lies about the heroic surgeon.”

Rest assured, Liar still has five episodes left to quash any of these concerns, and perform all of the hokey, unbelievable twists and turns that these mini-series thrillers must inevitably take. The audience will become the judge and jury, and more questions will be raised. Who is telling the truth? Who will be listened to? Can a Sunday night thriller be trusted to sufficiently tackle the nuanced issues and gender politics at hand?

I want to believe that experienced TV writers can handle the responsibility of toying with a subject so timely and fragile, but then I remember how fans reacted when Broadchurch botched their sexual assault storyline last season. When it comes to telling these stories, I don’t really know who to trust anymore. Which, ironically, is Liar’s whole schtick.