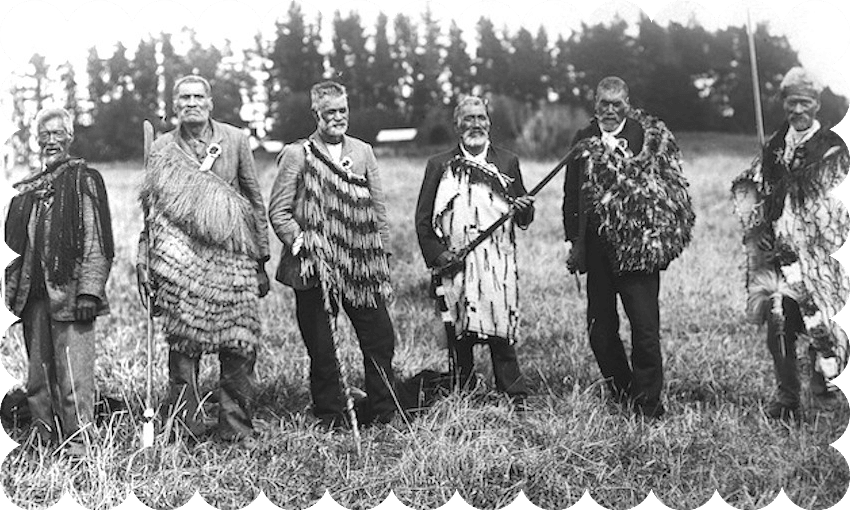 A new book revisiting the sites of the 19th century conflict challenges the consensus view of our history and asks: when it comes to traumatic events, whose memory counts?

The announcement of Aotearoa New Zealand’s new history curriculum this year was met with both celebration and derision. On the one hand there was relief that something more closely resembling a true account of this country’s history would be taught in schools, and that generational traumas may finally be acknowledged at an institutional level. On the other, there were allegations of racial separatism, historical revisionism and erasure of a past age of racial harmony. But did that period ever exist?

Fragments from a Contested Past is the result of a three year study into how the New Zealand Wars have been remembered – and forgotten – over the last 150 years. Authored by a team of writers and researchers, many descended from iwi attacked and invaded during the 19th century, the book aims to contextualise the way we understand our collective past, and how that understanding frames our present and future.

For co-leader of the project Dr Joanna Kidman (Ngati Maniapoto/Ngati Raukawa), visiting historical sites of bloodshed and trauma across the country was both intellectually and emotionally intensive, necessitating discussions around cultural safety for the team.

“For the Māori team members, this wasn’t just a straightforward academic research project, we each of us were caught up in these histories in one way or another, so it was an extraordinarily powerful experience going to places where for some of us our tupuna had fallen,” says Kidman. “For me, being Tainui, knowing that our people had been forced off the land at gunpoint, having those connections to those old battles brought them to life in a way that we didn’t even anticipate at the outset.”

The book includes long sections of field notes, taken down after days combing backroads looking for unmarked sites of huge violence, as well as after having borne witness to commemorations like Tuia 250 which marked the first onshore encounters between Māori and Pākehā. On that day, a replica of the Endeavour sailed into the harbour at  Tūranganui-a-Kiwa in an event planned by what the authors call “memory workers” – state-employed festival planners who reinforce the official narrative through commemorations and stunts.

“There were two groups of people as the boat came in,” says Kidman. “You had Pākehā cheering at one end of the beach and at the other end of the beach you had Māori lamenting and protesting the arrival because the stories of Cook’s arrival are not a shared memory at all.”

There are two versions of New Zealand history, says Kidman. There is the state-approved, majority-consensus version, and there is the version that Māori lived through, and are still enduring. “Whose memory counts,” the authors ask in the foreword, “when public remembrance of violent history is manufactured?”

“We’re living in the aftermath of those histories where the implications are still being lived by people, they’re living with the realities today,” she says. “So as we’ve moved around the country to different battlefields we spoke to the descendents of those people. The people who came after. And looking at those experiences even generations down the track, the anguish is still very present in many communities. The memories in many tribal communities are incredibly strong and they don’t always match up with those of the state.”

For co-leader of the project Vincent O’Malley, opposition to such a rethink can be categorised quite simply. When the Otorohanga Petition, which called for a day of commemoration for the New Zealand Wars, was delivered to parliament by students from Otorohanga College in 2015, submissions were opened to the public. Around 200 responses were received, and Kidman and O’Malley’s analysis found that around three-quarters opposed the call – most of them older, Pākehā men.

“We have a politics of nostalgia centred around an imagined view of the New Zealand that they grew up in during the 1950s and 1960s where everyone was happy and it was a wonderful place – a land of prosperity and harmonious race relations,” says O’Malley. “It may have been good for Pākehā men, but for Māori, for women, and for many other groups, it was not. There is a yearning for a past that never was.

“Throughout the 20th century, Māori were continuing to seek redress for the confiscation of their lands, for the devastation that was rendered to their communities as a result of the Crown’s actions, and Pākehā for the most part disengaged from that. They didn’t want to hear those messages and they preferred the mythical version of New Zealand history.”

For Kidman, this wilful blindness – or active erasure – was only possible for the dominant majority.

“These stories have been carried through whānau, through hapū, across time. That conscious forgetting is the privilege of the coloniser and there’s no question in my mind about that.”

The conversation is particularly important in the current political environment, the authors argue. As some in the political sphere look to use the current trend towards reconciliation as a dog whistle, they risk endangering the opportunities that historical understanding presents, says Kidman.

“There are groups who are positioning themselves to use the acknowledgement of these histories as a political wedge, but I think one of the important things about coming to an awareness of a period of great conflict and violence is the question of what we do in the aftermath. It’s not just about learning about conflicts and thinking about who was right and who was wrong, it’s what we do afterwards. How do we make peace? How do we heal?”

Traditionally, says Kidman, when Māori have campaigned on land rights, the obligations of the Crown and redress for historical grievances, there has been fierce resistance. Our history is a taonga and there is a generational responsibility to pass down the stories of who we are and how we got here. New Zealand’s past is not ancient history.

“I think that in some ways when Māori have spoken back in support of claims to land and other injustices that have happened across time, what that does is it directly disrupts the notion that we are all together and we are all one people. The anger is about a perceived attack on what some people think is real. Debates on the ground get incredibly intense, so in some ways we’re still fighting the New Zealand Wars.

“But we have to remember that nobody died from a little bit of discomfort. People did actually die when they were forced off their lands at gunpoint, so we need to keep it in proportion.”

Fragments from a Contested Past – Remembrance, Denial and New Zealand History (BWB, $14.99) is available from Unity Books Auckland and Wellington.