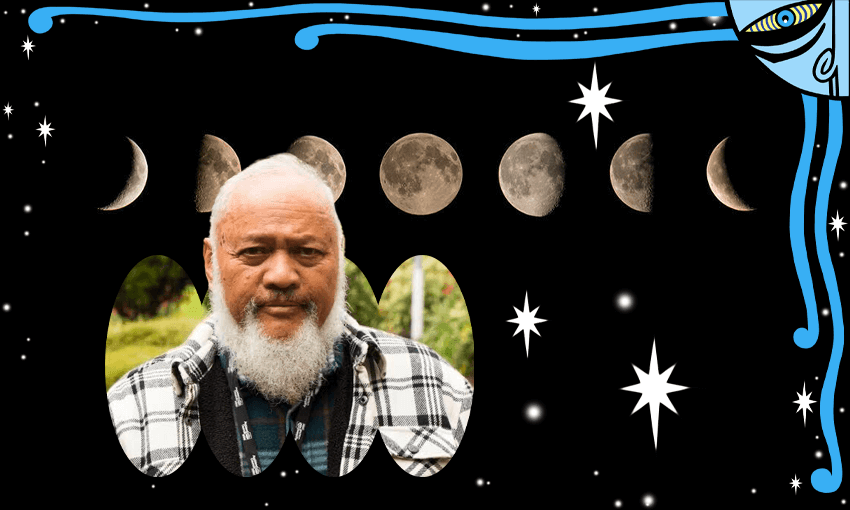 We all look forward to summer, when the environment warms up and we enter the festive season. Those terms, the festive season and even summer, were introduced to this country along with the western Gregorian calendar that follows the sun and 365-day year.

“We need to get rid of summer, winter, autumn, spring because it’s in the northern hemisphere, it’s koretake, it doesn’t work down here, never has,” says Makiha.

This might sound extreme to someone who has only known one system of time and relies on the western system for orientation, which is most of us today here in Aotearoa.

It wasn’t always this way and pre-contact, Māori had our own system of time which informed our practices.

We’re learning more about it now with the normalisation of traditional Māori lunar-stellar calendar and narratives being driven by the national recognition of Matariki and its alignment with the maramata as the celestial marker of the Māori new year.

The milestone has seen a reinvigorated uptake of mātauranga Māori within communities around the country. Our people are connecting back to their land, waterways, forests and oceans through the maramataka and aligning planting and harvesting to the ways of our ancestors.

Naturally the next step, after becoming intimately familiar with the maramataka and our stars, is to identify and understand the Māori phases of the year.

It’s important to know, because the current sun-based calendar and seasons don’t move with the environment.

There are seven kaupeka to the summer phase, all with different names and different signs that reveal when they’re active. Unlike the maramataka, which repeats its cycles, the kaupeka aren’t fixed.

Maramataka generally have either a 28-day or 30-day cycle, while some tribes have a 30-day cycle and add one day. Explained in Living by the Moon by Te Whānau a Apanui elder Wiremu Tāwhai, this is done through observation of the moon, where if the moon phase has 31 days, an extra day is acknowledged that month.

“There are six winter phases. When the first winter wind blows, which has a specific name, it’s a sign that we’ve entered that phase. At that time, the taiao starts to shut down. That’s the easiest phase to detect because when you wake up and you have to boil your jug to defrost the windscreen, you know you’re in Te Kōkota,” says Makiha.

“The third phase is usually around mid-July and then we go into the Takurua phases, so the higher Takurua rises, the warmer it gets. Then we head back into those phases of summer, when the red berries ripen in the ngahere, all of those little tohu tell us we’re in it, and it’s usually about the end of July, going all the way through to about April again next year,” says Makiha.

He points out that other iwi have variations which are tied to their geographic location. Further to the south in colder climates, near the Maniapoto and Tūwharetoa areas, some tribes recognise eight phases of summer.

“Our sign for the longest phase of summer is the flowering of the puawānanga. Here in Hokianga they flower a month before Te Arawa and about six or seven weeks before Taranaki,” says Makiha.

The stars are connected to the maramataka in multiple ways, with some stars signalling the Māori months of the year and others tied to the phases.

“When Rēhua rises in the face of the sun, it triggers the flowering of the pōhutukawa and the rātā,” says Makiha.

“It happens here around the 4th or 5th December, at half past five in the morning. That’s how precise you can get it. So if you had a marker tree outside your whare, you’d see them, those little red filaments bloom.”

Acknowledging our legacy of migration, he points out that a lot of our knowledge transcends the 1,000-plus years we’ve been here in Aotearoa, expanding back through time across the Pacific to Hawai’i.

In Hawai’i, they call the pōhutukawa “lēhua”, which is Rēhua to us. To Kānaka Māoli in Hawai’i, when the star Lēhua rises in the east, the lēhua tree flowers, hence the name. That’s indigenous knowledge, from generations and generations of observing the taiao.

Makiha says that following the maramataka and knowing these signs of the environment was a way of life.

The key to the maramataka in the time of our tīpuna is that it was based on kai, Makiha says. Through colonisation, that knowledge is no longer practised as widely as it once was, although to say it was lost is to disqualify many communities and knowledge holders who continue maramataka practices.

“We’re lucky today because we don’t have to be so accurate, because we can go down to the supermarket. If you were growing up in a world that relied completely on your understanding of the taiao and all around when to get kai, when the kai was available, when it’s fat, when is the fish running, when is the tuna going to move, that’s what the old people had a reliance on the use of the maramataka and timing of the taiao so you could survive, and if you didn’t, mate koe – you would die,” says Makiha.

He reiterates that having things like “the first day of spring” as September 1 every year, following the Gregorian calendar, doesn’t help us align with our environment.

“Can you go over and tell those daffodils that flowered in July to go back to sleep?” asks Makiha.

By following such a rigid system of time, we are imposing a human construct on the shifting phases of nature that distances ourselves from intimately knowing and living within our environment, the way our Māori ancestors did.

“The phases of summer and winter are linked with the stars. The moon, however, is cyclic in its calendar,” says Makiha.

This alludes to the holistic worldview encapsulated in mātauranga Māori, developed over centuries through observation, trial-and-error experimentation, living at a time where their lives depended on it.

“People need to understand that the Gregorian calendar is based on the sun, it doesn’t align to the lunar calendar. So when they’re promoting the first day of September as the first day of spring, those of us who live by the maramataka think, ‘what a dumb bloody calendar that is’, that’s why our kids are kūare to the taiao,” says Makiha.

In an ongoing effort to upskill and enable his communities, Makiha has been sharing his knowledge around the stars and the maramataka with rangatahi in Te Taitokerau.

He is also helping to inform various communities in the efforts of ecosystem restoration, which he says needs to be decolonised and looked at from a Māori perspective that revolves around the phases of the year.

“I’m serious about this planting willy-nilly along our waterways and calling it restoration. A lot of the rākau they’re using is mānuka, which is OK, but they need to be pushed back from the waterways. What you need along waterways are plants that are going to support fish life, ocean life, bird life,” says Makiha.

Within oral literature there are lessons on what the canopy should be, says Makiha, emphasising that ngahere should be restored to the canopy that are suited for those different seasons.

“Imagine if you’re planting, you have to have kai for all the phases of summer and winter. How the hell are you going to support a whole environment just by planting mānuka? Tell me that. This is where someone needs to just get a good kick up the ass,” says Makiha.

As someone who has spent decades learning, understanding and educating others on the environment, he doesn’t hold back when exposing the knowledge gap that exists between theory and practice.

“You get 100% for planting natives, rawe, planting a rākau, you get 100 points for that, good on you. It’s not about that, it’s about particular and accurate about what we should be putting along those waterways in this awa restoration.

“If you don’t have food for manu in all those six phases of summer and seven phases of winter, then what the hell are you doing? That’s why these kaupeka are important,” says Makiha.

The connection between understanding the various phases of summer and winter and environmental restoration is one of those seemingly obvious yet not quite understood perspectives.

“The way we’re restoring ngahere needs a big shake-up, we should be leading that conversation, not letting Pākehā scientists do it,” says Makiha.

For Makiha, he will continue to observe, learn and educate, while advocating for mātauranga Māori to be normalised for the benefit of all and, most importantly, our environment.