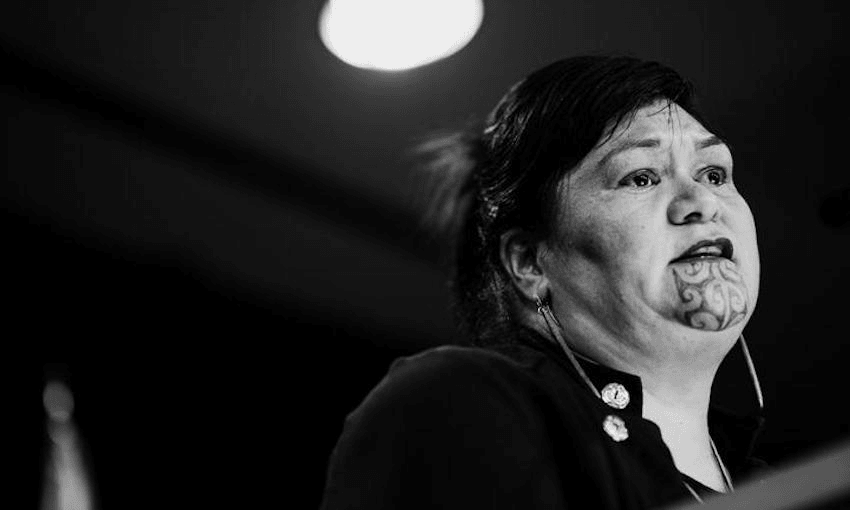 As the first Māori woman to hold one of our government’s most pre-eminent posts, the appointment of Nanaia Mahuta to Minister of Foreign Affairs evoked mixed reactions. However, it’s a role she’s prepared for longer than you think, writes Carrie Stoddart-Smith for RNZ.

For many, her appointment signalled the advancement of the progressive and inclusive direction we might expect from the re-elected Labour government this term. Disappointingly, there was an immediate backlash from some detractors concerning their perceptions of Mahuta’s ability to hold one of the government’s most senior ministerial roles. While the admonishments were swift, so too were the online encomiums celebrating this remarkable moment in history. A moment where I personally felt the beating of my tīpuna’s hearts inside my own, as the scale of the opportunity took hold.

The origins of Māori diplomacy are as ancient as our people. It’s in our bones. Our tikanga and kawa (values and protocols) were formed to enable us to forge enduring connections: people to people, culture to culture, chief to chief. Traditionally, we were (and many still are) taught the art of diplomacy on the marae from the time of our births. Practising and adapting those tikanga, our tīpuna navigated and negotiated their passage through new territories from China to Taiwan, weaving down through South East Asia and across the Pacific. Engaging with diverse cultures and transforming their own. Establishing relationships through a reciprocity model that centres the mutual interests of all parties, including in the face of adversity. After thousands of generations, our tīpuna eventually arrived at the lands that Māori would come to call our home, Aotearoa.

Despite unceded sovereignty, for the past 185 years, Māori have continued to negotiate and re-negotiate our political arrangements following the imposition of a foreign government and their foreign rules on our territories. Yet, this long history of diplomacy and negotiation has gone unremarked upon by many scholars and the detractors that purport to hold authority on Mahuta’s fitness for the role.

Our international history subordinated as a matter of domestic interest neglecting the international instruments that form the basis of the relationship between Māori and the settler government: He Whakaputanga o te Rangatiratanga o Nu Tirene (the Declaration of Independence of the United Tribes of New Zealand) and Te Tiriti o Waitangi. Both of these instruments sought to assert the continued sovereignty of Māori over our lands and people and to protect and advance our trade and resource rights. Our political identities continue to be shaped by these instruments. We carry them with us every day.

Carrying the legacies of her tīpuna, through focused, intentional and observant leadership, Mahuta completely disrupted the comfortable foreign policy fortress of her detractors. Their choice to ignore her positioning rests on their lazy assumptions about race, gender and performance. Just as the antique wood and vintage carpets of the old men’s clubs across Wellington still carry the stench of colonisation, so too does their crumbling fortress.

Across her Māori development and associate trade and export growth portfolios, Mahuta demonstrated her proficiency as an expert foundation builder with each piece of work actioned by design. She brought together likeminded countries to regularly meet on issues of importance to Indigenous peoples such as trade, international relationships and intellectual property, built a programme of work to connect Māori and Indigenous peoples to each other as well as to key international markets for Māori business. She brought more Māori voices to trade policy dialogue, developed a plan to measure New Zealand’s progress on the articles of the United Nations Declaration on the Rights of Indigenous Peoples, and strengthened her bilateral relationships with her international counterparts all toward the goal of enhancing New Zealand’s reputation as a progressive and inclusive society. In the process, creating a strong indigenous inspired foreign affairs platform for the future.

Mahuta’s appointment restores a familiar face to the land. One that the land remembers. A face reminiscent of the tīpuna who discovered Aotearoa. A face that elevates the place of its first peoples as the first face the world sees. But her appointment is more than the face she presents. It is the values and legacies she will carry forth onto the international stage. It is the remembering of our tīpuna. It is the “everyday acts of cultural resurgence” in the forums we’ve been denied a voice for far too long.

This essay first appeared on RNZ.