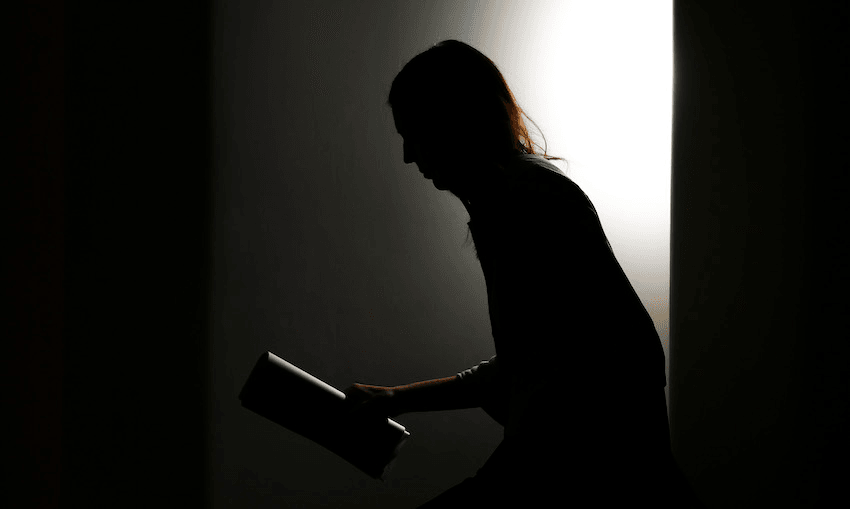 Prime Minister Jacinda Ardern makes an exit after a post cabinet press conference at Parliament on May 04, 2020 in Wellington. (Photo: Hagen Hopkins/Getty)

Covid-19 and Māori health: ‘The daily 1pm briefings have been an exercise in whiteness’

Prime Minister Jacinda Ardern makes an exit after a post cabinet press conference at Parliament on May 04, 2020 in Wellington. (Photo: Hagen Hopkins/Getty)

Where is the ‘other’ Treaty partner in this pandemic response, asks public health expert Rhys Jones.

Looking at the outward face of the Covid-19 pandemic response in Aotearoa/New Zealand, you’d be forgiven for wondering where one of the Treaty partners is.

No matter where you look – cabinet, those delivering official communications, experts informing the government response, submitters at the special parliamentary select committee or the go-to voices in the media – the partnership appears to be pretty lopsided.

If there has been genuine Māori engagement in any of these spheres, it’s been invisible to those of us looking in from the outside. Iwi, hapū, Māori experts and community leaders have been excluded from core decision-making processes. Those who stand to lose most from the pandemic and its associated social and economic impacts have had to fight for even a marginal voice.

It is not surprising that decision making at the highest level has been dominated by the Crown. Without a pre-existing Tiriti-based constitution, the New Zealand government doesn’t have established mechanisms for enacting partnership at this level. Rectifying this will be a long-term endeavour, not something that can be sorted in the middle of a global public health crisis.

Yet there has also been a lack of Treaty compliance in many other aspects of the pandemic response. The Ministry of Health, as the government’s lead agency, has clearly failed to fulfil its Treaty obligations. Its Māori health directorate has apparently been absent from core decisions, contributing only at the peripheries. External Māori health equity expertise has largely been ignored.

Again, this is not surprising – the Ministry and wider health sector have a poor track record in this area. Last year the Waitangi Tribunal’s Health Services and Outcomes Kaupapa Inquiry issued a damning report, identifying serious Treaty breaches including a lack of partnership with Māori. Nothing substantive has been done by the Ministry of Health in the interim to address the report’s recommendations, so the same failings that we’ve always seen are playing out in the Covid-19 response.

Even with the Waitangi Tribunal report providing a blueprint for how to be a good Treaty partner, the director-general has instead chosen to adopt a business-as-usual approach to the pandemic. Expedience has yet again been used as an excuse for ignoring Māori human rights, and for acting in ways that reinforce structural racism.

This is symptomatic of the endemic institutional racism in our health and disability system. While equity is often foregrounded in political rhetoric and strategic documents, in reality we’ve seen little more than lip service. Māori and Pasifika experts on health policy-making advisory bodies report being devalued and experiencing racism and tokenistic engagement. As an example of this, the director-general’s 2018 restructure of the Ministry of Health ignored advice from Māori experts, entrenching structural racism in ways that are harmful for Māori health.

Lack of Māori participation has also been evident in other areas such as the Epidemic Response Committee, whose role is to hold the government to account. It could reasonably be assumed that the committee would prioritise hearing from the groups likely to be hardest hit by the pandemic and associated control measures. However this has not been evident, leading to serious criticism after only two Māori organisations were invited to speak in the committee’s first six weeks of operation.

The government’s public information campaign has been labelled a masterclass in mass communication. But the voices that have been centred and the issues that have been foregrounded are symptomatic of the broader lack of Māori participation in the pandemic response. Tuning into the daily 1pm briefings, for example, we’ve been treated to an exercise in whiteness. The two lecterns on that stage could have been used to represent a partnership; instead Māori leaders have, once again, been sidelined.

Similarly, the ‘trusted voices’ in the media have predominantly come from a certain demographic, demonstrating the valuing of a particular type of expertise. Māori experts and commentators have generally been overlooked or called on only to comment on more fringe issues. In the context of a global pandemic that threatens to disproportionately affect Māori communities, the silence of Māori voices speaks volumes.

While there’s a general sense that the government is doing a good job, having so far avoided the disastrous outcomes seen in many other countries, that does not mean it should be above criticism. Its approach to date clearly centres the needs and concerns of ‘middle New Zealand’, apparently hoping that what works for the majority will also work for Māori. In the context of the last 180 years of social policy, that seems like wishful thinking in the extreme.

Indeed, experience in the pandemic to date shows how a one-size-fits-all approach has been found wanting. Issues such as ensuring high quality ethnicity data collection and reporting, which should have been part of routine practice from day one, have only been partially and belatedly addressed. Had the Crown been acting as a good Treaty partner, these issues would have been central to decision-making rather than being dealt with as an afterthought once Māori had brought attention to the problems.

In order to address these failings, Māori must be represented and have influence at decision-making tables at all levels of the response. And, importantly, this must prioritise the most structurally oppressed groups within Māori communities, such as tamariki and rangatahi, young women, people living in poverty, disabled people, and those in prisons and other institutions.

This won’t just be good for Māori – it will benefit our country’s response as a whole. Inclusion of the voices of the most disadvantaged is not just about diversity or attending to the needs of specific communities. It’s about a recognition that such participation will inevitably result in better decisions. Understanding and addressing the systemic barriers that affect those at the sharp end of oppression will end up benefiting everyone.

So what needs to be done?

A good start would be for the government to follow its own rules. The Office for Māori Crown Relations, Te Arawhiti, has clear guidelines for engagement with Māori depending on the significance of the issue for Māori. Where Māori interests are overwhelming and compelling, which is surely the case in this pandemic, there is a requirement for joint decision-making. The fact that there are clear expectations that are being disregarded shows the Crown’s unwillingness to be a good Treaty partner.

What this signals is that, in the long term, there is a need for constitutional transformation. The report of Matike Mai Aotearoa, for example, outlines potential constitutional models for “a conciliatory and consensual democracy”. This vision includes a joint decision-making sphere that supports full expression of the Tiriti relationship.

In the meantime, as we continue to grapple with the wide-ranging and inequitable fallout from Covid-19, the government must be held to account. Its exclusionary practices and tokenistic engagement with Māori must be confronted. Now more than ever, we must ensure that the Crown honours the Treaty.