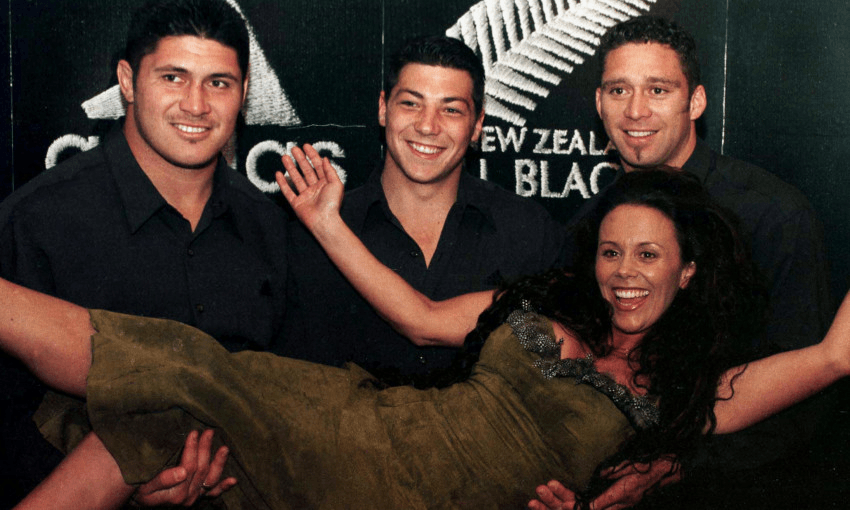 How Hinewehi Mohi made the Māori national anthem mainstream

When Hinewehi Mohi was asked to sing the national anthem before New Zealand’s 1999 quarterfinal against England, she made a choice that would change the pregame ritual for good. Don Rowe reports.

The Rugby World Cup in 1999 smashed sport, politics and New Zealand’s sense of nationhood together in two pivotal moments which still echo today. The tournament saw the first of two World Cup defeats to the French which still burn in the hearts of dads the nation over, and, more significantly still, the first time ‘E Ihowā Atua’ was performed before an All Blacks match.

At a sold-out Twickenham, before a quarterfinals match with England, then ‘diva-for-hire’ Hinewehi Mohi dropped the English words to ‘God Defend New Zealand’ and sung only in te reo Māori. Mohi had performed ‘E Ihowa Atuā’ at netball and league games before, but it was the first time the song had been tied so closely to the All Blacks – and all without permission from the powers that be.

The performance had an air of protest about it, singing in te reo in the capital, but Mohi maintains that “perhaps naively”, she simply wanted to share the language with the world.

“It certainly wasn’t a political manoeuvre on my part. It was just something really natural to me and something that I felt really proud of,” she says. “The fact that the All Blacks perform the haka and have made Māori culture famous around the world through that iconic performance said to me that Māori performing arts and the Māori language are both important to us and also embraced by the wider world. They can’t get enough of it. I just thought that singing the anthem in Māori would be an extension of that.”

Mohi left the field rapturous. More than 70,000 people had seen te reo inextricably linked to the nation’s greatest sportsmen in person, and around the world, the press became aware an anthem in te reo even existed at all. But as positive as the immediate reaction may have been, Mohi was soon a pariah, copping flack not from the British press but from New Zealanders at home and in the United Kingdom.

“That was strange because whenever we were out with the London-based kapa haka Ngāti Rānana, we’d be singing in the tube, waiting for the last tube to come and New Zealanders would come up and [ask us to] sing ‘Pokarekare Ana’, because they were homesick and that was something that really made them remember home.”

“So when that reaction came and hit really hard, it was really upsetting because I thought ‘Is our country so immature that we can’t even embrace our own indigenous culture?’”

Mohi was forced to defend herself on Holmes, and talkback was awash with thinly-veiled racial angst. In an ironic foreshadowing of the discourse to come almost 20 years later, one caller to ZB suggested that anyone who didn’t prefer the te reo version was ‘either a redneck or a Nazi’. In the next test against France, Mohi sang only in English. The All Blacks went down 43 – 31. Soon the NZRU made time for both, and today, going without the te reo version seems almost unimaginable.

“I didn’t mean to create a controversy but I’m glad that I did,” says Mohi. “It got a national conversation going and we could all start talking about what was important.”

“We’ve had a lot of fear and trepidation about the survival of our language, and my generation has been desperately paddling and sometimes taking in mouthfuls of water trying not to drown and lose the language, and so to see this shift and this turnaround is really exciting and empowering.”

Mohi, who performs exclusively in te reo, has long championed the revitalisation of the language, calling it one of our most precious taonga. The recent surge in interest is encouraging, she says, because te reo will only survive if everyone gets on board.

“The revitalisation of the language depends on Pākehā, because it needs to be something that we all embrace and care for,” she says, “And so the last couple years of Māori language week have been off the charts in terms of absolute love and passion for our language.”

“That combination of cultures has created such a special thing in this country, and I just think Mahuru Māori is another layer of people’s commitment to the reo. I find that really uplifting and empowering for the future of te reo, and te ao Māori.”