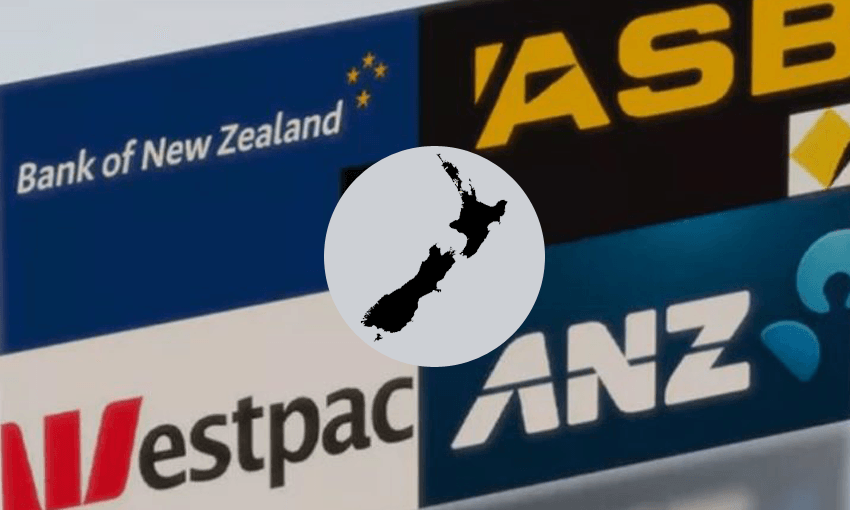 From Kiwibank to iwi bank: the argument for a Māori-owned bank

Every few years, as the Māori economy grows, someone floats the idea of an iwi-owned financial institution. The list of pros and cons is long, writes business advisor and Treaty commentator Joshua Hitchcock.

It has been a challenging period for the banking industry in New Zealand. Moves by the Reserve Bank to strengthen capital carrying requirements have been met by strong resistance from the major trading banks, and the recent scandals threatening to engulf ANZ all serve to highlight an industry that from the outside, does not appear to have fully taken ownership of its contribution to the global financial crises of a decade ago. Add to this the fact that the four major New Zealand banks are all owned by the large Australian banks so heavily criticised by the Australian Banking Royal Commission earlier this year and it becomes clear that this is an industry in desperate need of reform or disruption.

It is within this context that the idea of a Māori or iwi-owned bank has once again been proposed. From the establishment of the Maungatautari Money House in the 1880s through to Te Pūia Tāpapa Fund, an investment vehicle established by various iwi and Māori land organisations in 2018, the establishment of a Māori financial institution has been a small, but persistent, conversation in the wider discussion around Māori economic development. The idea is not new and it is easy to see why it would appeal.

Collaboration among Māori organisations has been growing since the settlement process began in the 1990s. Partly forced by the Sealord settlement which required Māori to divide the settlement assets out amongst themselves, collaborations across sectors and between numerous Māori organisations has been a feature of the Māori economy in 2019. More recently, this has moved from collaboration in the primary and business sectors to collaboration in financial investing. Joint iwi and Māori land funds such as Te Pūia Tāpapa have become more common in recent years, and in many respects, Waikato-Tainui and Ngāi Tahu have been leading the way with recent co-investments into Go Bus and Waikato Milking Systems showing the path forward for Māori investment.

It is no surprise then to see more recent calls for a Māori bank or financial institution, such as a credit union, mutual society or non-bank financial company focused on utilising the capital held by our two financially wealthiest iwi. As the argument goes, both organisations have sufficient capital, are well run, and are focused on building and maintaining wealth over the long term. Therefore, with the right level of supervision by the Reserve Bank, they could provide much-needed competition to the banking sector, as well as sectors of the economy and regions within New Zealand that are currently overlooked or underserved by the major Australian banks.

One segment of the economy that is most often overlooked by the banking sector is lending to Māori and owners of collectively held Māori land. When the Māori Council pressed for the establishment of a Māori owned bank in late 2018 it pointed to the low rate of Māori home ownership (43% compared to 63% for non-Māori) and the challenges faced by Māori in getting a loan to buy a house or to build on their collectively owned land. The bank, under their proposal, would focus on lending on Māori owned land and providing small interest loans to reduce the financial inequality that Māori experience in New Zealand.

A similar proposal was offered by the Māori Party in its 2017 election manifesto. Access to finance has long been a problem for Māori. It is often one of the major reasons cited for the seemingly neverending attempt to reform Te Ture Whenua Māori. Owners of Māori Freehold Land have had particular problems with raising finance to develop their land holdings. Due to the restrictions on selling such land under Te Ture Whenua Māori, banks do not consider the land sufficient collateral for any loan. It is a problem that led to the creation of what were then known as ‘Whata Orders’ some 15 years ago: the Māori Land Court would change the status of Māori Freehold Land to General Freehold Land for the duration of a mortgage to enable the landowner to access finance, with the condition that the land would revert to Māori Freehold Land at the completion of the mortgage.

It is not through a lack of initiatives that the problems Māori face in looking to buy homes or develop their land have yet to be resolved. For these reasons, a Māori-owned bank certainly has its merits. A financial institution backed by our largest iwi and Māori land organisations could command sufficient capital to become, over time, a profitable institution. A kaupapa Māori approach to deposit-taking and lending could be developed that secures both the long term sustainability of the organisation and provide for a reasonable amount of lending to Māori who might otherwise be turned away by the non-Māori banking sector.

However, this could never be the sole, or even major, focus of a Māori-owned bank. As an institution, it would have to operate like every other bank in New Zealand. The focus on a Māori bank as a solution to the lack of Māori home ownership, or development finance for collectively held Māori land, is nothing more than placing an ambulance at the bottom of the proverbial cliff.

Lower rates of Māori home ownership are a result of ever-increasing property prices and a low median household income compared to non-Māori in New Zealand. Encouraging a generation of Māori into homes that they cannot afford on their current incomes is a lose-lose situation. It was exactly this type of irresponsible, short term profit-making behaviour by the major US financial institutions that led to the housing meltdown and subsequent global financial crisis.

We need to address the underlying causes. Māori unemployment needs to come down. Household incomes need to come up. And decision making over our collective held assets need to move to the landowners themselves and away from the sometimes strict confines of Te Ture Whenua Māori and management by third-party trustee organisations.

The opportunity for a Māori-owned bank is one that can provide effective competition and disruption to the major Australian owned banks, and that it becomes profitable by taking their business to sectors of the economy and regions of New Zealand that have been overlooked or underserved by the big players. Its role would not be to solve the low rates of Māori home ownership or the lack of development finance for Māori-owned land. That can occur at the margins. But those issues are bigger than one financial institution can solve on its own. It is too much risk for a Māori bank to take on. And that is why it has not happened to date. It is too hard and Māori investment decisions to date have been overwhelmingly conservative in nature. More pertinently, it doesn’t solve the issue.

I have been around long enough and studied enough of our history to know two things are true: that the calls for the establishment of a Māori owned bank will go on forever, and that it is likely none will ever be created. A Māori owned bank won’t solve the problems that its proponents want it to solve. Māori are not the salvation of a broken banking system, nor can a Māori owned bank overturn 170 years of colonisation and the resulting underinvestment into Māori wellbeing by the State. But if the Government can invest in the startup and ongoing capitalisation of Kiwibank, it can contribute to the startup and ongoing capitalisation of an iwi bank established by Māori, for Māori. Because that is what a Treaty Partner does.