Dr Erica Newman has been awarded a Marsden scholarship of $300,000 to study the generational effects of closed adoptions of Māori children to Pākehā families. Alice Webb-Liddall talked to her about her work.


In the early 1990s, Erica Newman’s mother set out on a quest to find information about her birth parents. Adopted by a Pākehā family when she was two years old, she grew up with no connection to her Māori whakapapa, and Newman says that lack of belonging carried through to her and Newman’s own children.

Now the coordinator of the Indigenous Development programme at the University of Otago, Newman is still searching for her taha Māori and for any clues about her Māori whānau. She has also received funding to turn her experience into a three year study into the descendants of Māori adoptees.

“I’m trying to see how other descendants of Māori adoptees are looking to try to connect with their taha Māori,” Newman explains. “It’s looking at how we’re each going on our journeys to find our tūrangawaewae.“

The 1955 Adoption Act allowed adoptive parents to completely sever ties with the child’s birth parents, which meant many women never saw their children again, and there were few options for adoptees to access information about their birth parents.

With the introduction of the Adult Adoption Information Act in 1985, adoptees were allowed to access some information about their birth. But Newman says access to this information is still not easy.

“It’s only access to a certain amount of information. They won’t give you everything that’s in the file.”

In a letter from the Ministry of Social Development in 2016, Newman’s mother was told that only one name was entered into the “father” category on her adoption records.

“A surname only – not a Māori name… If it were a Māori name we might have been able to trace an iwi, and give you that general information at least,” the letter said.

For Newman the topic is often hard to discuss. Through tears, she describes the emotional toll years of searching for answers has taken on her and her whānau. The feeling of “floating” outside of her own identity is one she says affects many adoptees and their descendants.

“It hasn’t just affected me, it’s my kids as well. It would be nice to be able to know who my ancestors are, to see where I fit within te ao Māori and have a sense of belonging.”

Now, with the help of a $300,000 Marsden Grant, Newman is embarking on a study titled ‘Journey Home: Descendants of Māori adoptees search for their tūrangawaewae’, with the hope she can help people like her do just that.

“This isn’t research that has been done before. Most people look at the triangle – the birth parent, the adoptive parent and the adoptive child – and think it’s done, but there is a ripple effect that goes on for further generations.”

There’s no way to know just how deep that ripple goes, explains Newman. While there are statistics recording the number of Māori children who went through closed adoption, there is no data showing how many were taken in by Pākehā families. 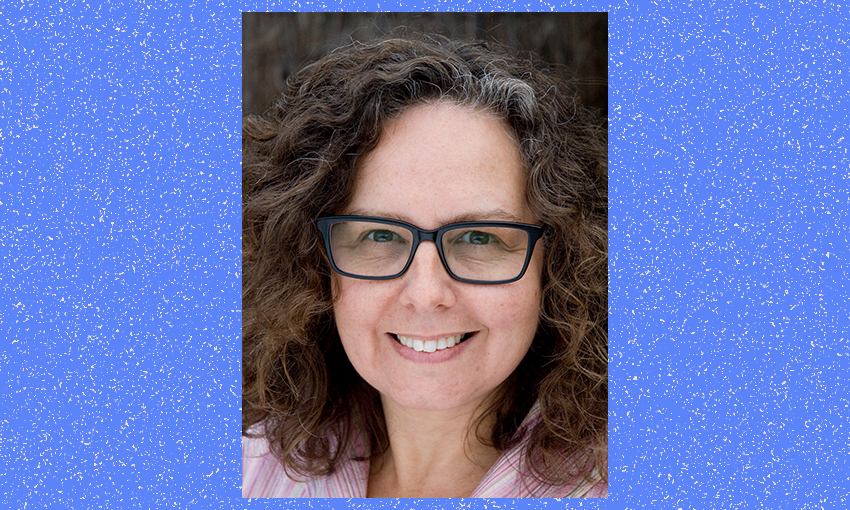 Newman’s study will consist of three main sections, during which she will follow along with other Māori adoptee descendants to understand the different processes whānau have to go through to find their taha Māori.

“The first [section of the study] is identity, the second is searching for tūrangawaewae and the third is finding acceptance within te ao Māori. The identity section is working with people and talking with them and seeing how they see their own Māori identity, how they connect with it and how it affects them.”

In searching for tūrangawaewae she hopes to learn how different people undertake the search for their taha Māori, and the processes they take to find out information.

In 2019 Newman and her mother each did a DNA test. The results came back as they had expected, and though Newman knows blood quantum is not a measure of “how Māori” someone is, it was nice to see the evidence of her whakapapa.

“[Mum’s] one came back to say she was 62% Māori and she was pretty stoked with that. She said ‘I always knew I was more than half Māori.’

“My biological father is English so mine came back quite diluted. It did give us a region, so the people we do seem to genetically connect with are in the Ngāti Hine and Ngāpuhi area.”

In the third part of her study, Newman hopes to speak with rūnanga and Oranga Tamariki about the processes in place to help descendants of Māori adoptees find their connection to te ao Māori. Not being able to register with her hapū, visit her marae or learn more about her whakapapa has displaced Newman and her family. She says it feels like being untethered from her identity.

“I think of adoptees like ghosts in whakapapa. How do you bring these people back in, what kind of support is given and what things can rūnanga do to help adoptees and descendants of adoptees to find their connections? It’s quite possible that me, my family and others may never find those answers, but it is still part of the journey and it could be lifelong.”

She hopes by the end of the three year study she can begin to help rūnanga and government organisations like Oranga Tamariki learn about the generational traumas that closed adoptions can have on Māori whānau – traumas that resurface in small ways every day.

“On forms I have always put New Zealand Māori and New Zealand Pākehā, and have always ticked iwi unknown, which is a gentle reminder. It’s that whole idea of historic trauma – every form you fill in that asks about your ethnicity just raises that trauma again.”

While Newman knows she may never trace the footsteps of her tīpuna, she hopes her research will ensure that others, maybe even her own descendants, will be closer to understanding theirs.