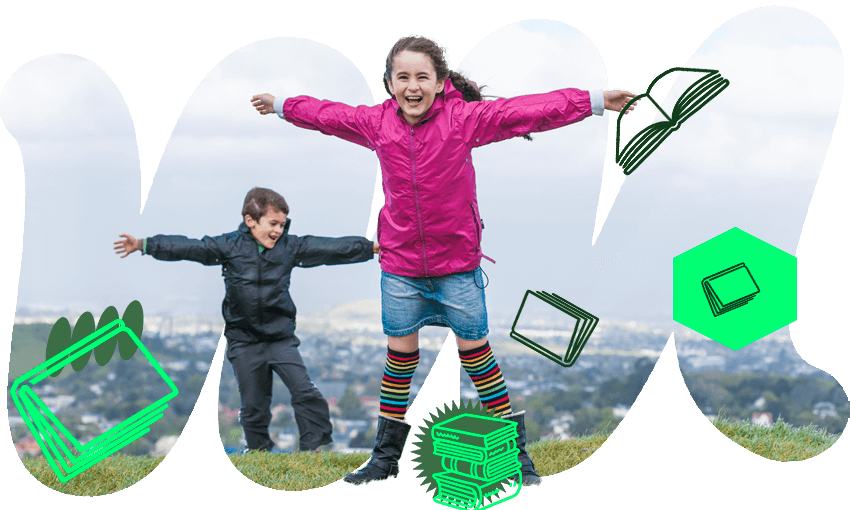 Gong’s romantic, bloody YA duology has been all over the New York Times bestseller charts for ages now. Why are sales spiking again in New Zealand? Because the writer has popped home for a tour in the run-up to release of her first novel for adults, Foul Lady Fortune, which we are extremely excited about.

Our Violent Ends is the second in the YA series.

And this is the first.

Misnomer. Does not make noise. Is just a great board book.

4  The Lighthouse Princess by Susan Wardell and Rose Northey (Puffin, $20, 3+)

Fantastic, terrific, wonderful, brilliant – honestly we’re enchanted by this new picture book and we can’t wait to see what Wardell and Northey come up with next.

Julia D is always great, and this one is great even for her.

Can’t vouch for this one – haven’t seen it yet – but the Lipp / Phillips team has been making brilliant books about emotions and mental health since way before it was cool.

9 Māui and Other Legends: 8 Classic Tales of Aotearoa by Peter Gossage (Puffin $40, 4+)

Via Wikipedia: “Oseman started publishing Heartstopper as a webcomic on Tumblr and Tapas in September 2016. It gained significant following, and Oseman decided to self-publish a limited run of physical copies of the first two chapters. On 20 June 2018, she launched a Kickstarter campaign to help fund the publishing, and within two hours reached the targeted pledge. In October 2018, Hachette Children’s Group acquired the rights to physical publishing … ”

Now it’s on Netflix, of course, and back in the charts.

2  The Lighthouse Princess by Susan Wardell and Rose Northey (Puffin, $20, 3+)

Andrews is one of our favourite writer / illustrators. This is the fourth in her excellent series of picture books also featuring Puffin the Architect, Hound the Detective and Moose the Pilot.

Will there be a sequel following Mittens’ move to Tāmaki Makaurau?

Via the New York Times: “Casey McQuiston has written two best-selling adult romances, but their Y.A. debut, I Kissed Shara Wheeler, starts as a thriller: Shara Wheeler, the daughter of the principal of Willowgrove Christian Academy, vanishes in the middle of prom, and her academic arch-rival, Chloe Green, is determined to find out why. Shara’s quarterback boyfriend, Smith, and the troubled boy next door, Rory, complete our Scooby gang of investigators, and we’re off on a classic missing-girl hunt.”

Those two best-selling adult romances, btw, were Red, White & Royal Blue and One Last Stop, both brilliant and funny and sexy and cool.

“love a good small town murder mystery and this was so good!!

trigger warnings: rape, drug use, death of a pet, kidnapping”