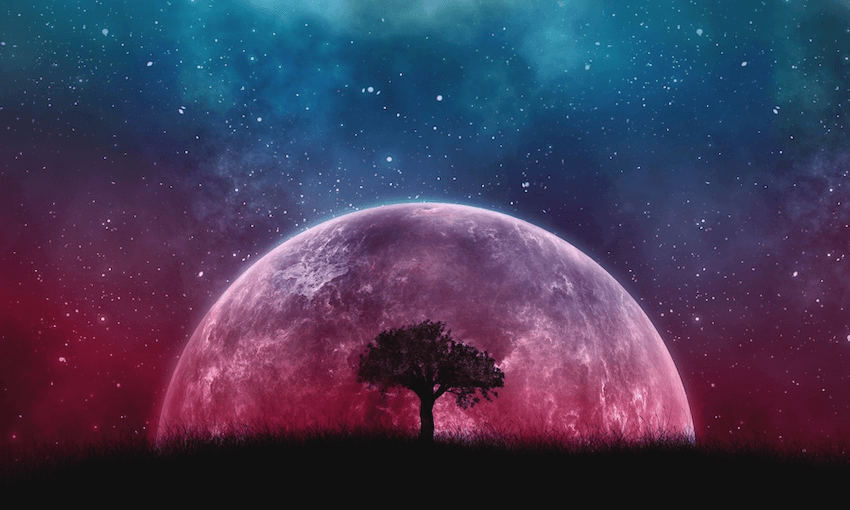 When I was born, Earth held me in her mouth then promptly spat me out.

I saw my first map of the world six years later. I remember the cartographer’s

straight lines through Africa and I wondered if he could be trusted.

My grandmother’s name is Qamaray, which means

shines like the bright side of the moon. My name is the highest of heavens.

Maybe in this is a sign that we are not of this world.

In Somali, the sun has 14 names, maybe I am from the sun’s flames, birthed

under her auburn arches. She transported me on her solar waves and I landed

here. I took human form, and my body is that of Fadumo, the goat herder

in the 990 Hijra drought, with her carefully coiled hair. 17 with a child on her

left breast. In the field is Ahmed, wooden hairbrush in his afro and red macawiis

tied around his narrow hips. She died in 996 with her fourth child taking his first breath

and a white sheet drenched in blood.

Sometimes I feel a bottomless grief in my stomach and I wonder if it is ancient.

Maybe it is Fadumo screaming in me, warning me of what’s to come.

The lingering assault of tribesmen and the Coloniser. Civil war and the

Is it a coincidence then, that there is nothing for me in this world

except what I hold in my small hands?

in the silence beyond Jupiter and her herd of moons

beyond the radio-waves transmitted by human desperation

beyond the poking eyes of the telescopes

beyond the warm hand of the Shams

Deep, into where there is only the mythology of the Old World

and the Ear of God

There, in that pocket of dark matter, I

belong. When I was born, my mother says I looked her in the eye

and she saw the whole galaxy