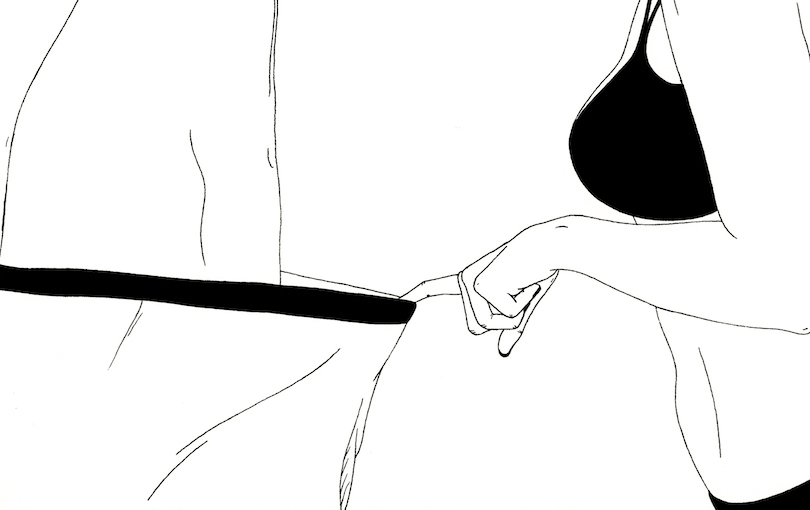 By Laura Borrowdale
Guest writer
Made possible by

Reading erotica is one of the fastest ways to see the breadth of humanity and the Aotearotica slush pile holds it all. I can say that with authority, because, as editor, I sit at my kitchen table and read every piece we are sent. Some are poignant. Some are beautiful. Some are hard to read. Some are hilarious.

Sometimes it’s difficult to find the kind of thing I want, but I always know what I don’t want. Our visual editor recently signed me up for a Facebook group called Men Fail at Erotica. He signs me up to a lot of things on Facebook, but I’ve actually remained a part of this one. Let me tell you, as someone who sees a lot of erotica, it isn’t just men who fail at it. But there is something extra special about the way that men with no interest in intersectionality, particularly those with Pushcart nominations, fail when they write about sex.

As with all things, there’s a cultural reckoning in the air. Women, people of colour, the non-binary, the queer, are becoming activists and culture changers from the ground up. Aotearotica, set up in early 2016, is part of a ground swell of people outside of the heterosexual male mainstream demanding representation in all areas of life, and increasingly that includes their sex lives. We’ve realised that good sex is feminist sex. It’s consensual, and it’s real. It’s also not the sex we typically get to see, hear or know about unless we jump in to offer our own narratives.

To be clear, this is what Aotearotica publishes. The kind of writing about sex we need to see more of, usually female driven, often queer, the kind where the author has deviated from the usual script; where people, not just bodies, are explored. This writing leaves my kitchen table and heads out into the world as a physical book full of poetry, short fiction, comics and essays alongside illustration and photographs.

Aotearotica exists because we are looking for a way to move our feminism from the abstract to the concrete. Here is a culture we hate, and here is one of the tools that can help us change it into something that we love.

And we’re so lucky that this narrative is broadening out in New Zealand. In many ways, we’re conservative, but we’re also small. The individuals among us can make a difference. With journalists like Melody Thomas making radio like Bang!, artists like FAFSwag vogueing their way to prominence and poets like Hera Lindsay Bird producing poetry that challenges our usual discussions around sex and gender, there are many ways to be part of the conversation.

Last year, the journal featured in a reading session as part of the Wellington LitCrawl. None of us were sure how it would go over, and in a tiny, jam-packed artist’s studio, four of Aotearotica’s contributors read aloud the kind of thing that is usually kept quiet.

The room was intimate, although none of us had met each other in person before. Dylan Horrocks and Sarah Laing read parts of their graphic works, Dylan, a short comic about a first time between lovers, Sarah, a queer moment from Katherine Mansfield’s coming of age. The audience watched the screen, rapt as the images popped up.

The deadline for the next issue of Aotearotica is May 15. Issues are available at Unity Books. or aotearotica.co.nz.