On Monday, Melanie Harding-Shaw launched her fantasy novella Against the Grain, featuring a witch who can’t eat gluten. She explains.

This week is Coeliac Awareness Week in New Zealand. I’m celebrating by releasing a coeliac mountain biking witch named Trinity into the world, in a book called Against the Grain. Just like in the real world, Trinity finds that autoimmune conditions clump together, she has to be constantly vigilant about how her food is being made and served, and she has to figure out how to tell people she cares for that they’ve made her violently ill. It can be awkward as hell and sometimes it’s downright exhausting.

Around 60 to 70,000 New Zealanders live with coeliac disease. It’s an autoimmune condition that causes damage to the small intestine that can result in a wide range of symptoms depending on the person, including fatigue, weight loss, osteoporosis, bloating, and gastrointestinal complaints. The only “treatment” currently available is a strict lifelong gluten-free diet, which means no wheat, barley, rye or oats.

Four out of five people with coeliac disease will remain undiagnosed. This matches with my own experience. It wasn’t until I was in my 30s that I walked into the doctor’s office for a routine smear test and walked out with a blood-test form to try and figure out why I was slightly underweight. I hadn’t even noticed there was anything wrong. This was six years ago. At the time, I probably ate more gluten than the average person and I had never felt the slightest bit ill as a result. Before I knew it, I was in the hospital for a biopsy and then cutting most of my favourite foods from my diet – bread, pasta, beer, cronuts. 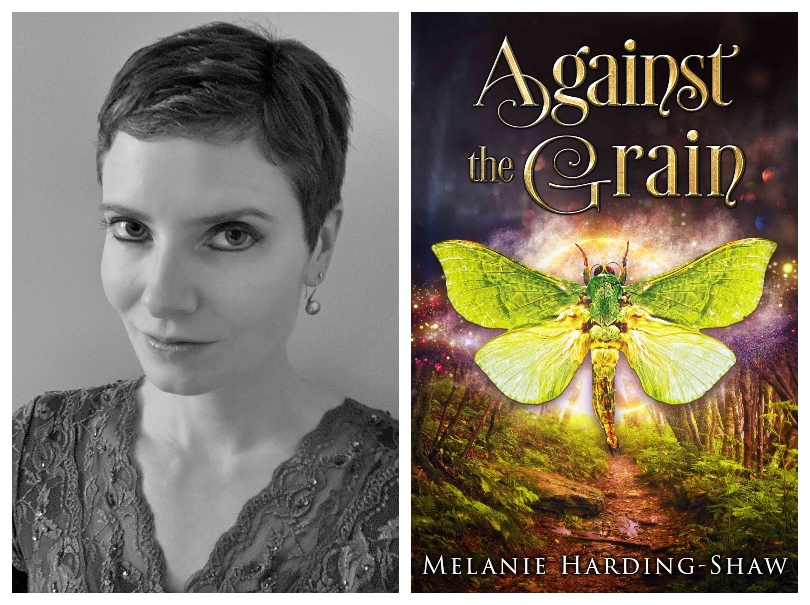 I wasn’t feeling sick, but I was malnourished because my small intestine was so damaged by the disease that I was struggling to absorb the nutrients from my food. I was amazingly lucky that my doctor thought to test for the disease given how underdiagnosed it is. Not just lucky for myself, but also for my son, who was diagnosed shortly afterwards at the age of seven. We only had him tested because first degree relatives have a one in 10 chance of having the disease. No one had noticed his growth-rate plummeting in the two years prior until the paediatrician reviewed his notes after his test came back positive.

The hardest part of living with coeliac disease is how careful you have to be of cross-contamination and of gluten ingredients sneaking into the strangest places (seriously, why do you need barley in cornflakes?). You don’t realise how much everyone’s social lives revolve around food until you’re the annoying person that can’t eat at the potluck or half the restaurants in town. People kindly bake you things with gluten-free flour, but they don’t line the tin, or check the ingredients on the baking powder. The doctor prescribes you folic acid when you’re pregnant but there’s no brand available at the pharmacy that you can take. And good luck trying to find out whether any of the main lipstick brands are safe.

For me, a single stray crumb can cause a painful and seriously ill night, weeks of fatigue, and lingering vitamin deficiencies. It’s often easier to just not eat out at all and that can be incredibly isolating. Combine that isolation with the effects consuming gluten can have and you can see why coeliac disease, like other autoimmune and chronic conditions, is correlated with a higher risk of depression.

In Against the Grain, Trinity has a snarky demon familiar to tell her when her food is cross-contaminated and she meets a sexy man who wants to spend his days baking her scones and cronuts she can actually eat. This is what comfort-fiction looks like for me; neither of those things is particularly likely to happen for the rest of us. But the more people that become aware of the disease, the less likely we are to feel isolated and the more likely those four in five coeliacs will be diagnosed. You don’t need to bake us cronuts, but checking what you can do to cater for someone and not making a big deal if they aren’t comfortable eating something is a good start.

The theme of Coeliac Awareness Week this year is “What’s Behind the Label?” Coeliac New Zealand picked the theme to raise awareness about the many different ways one condition can impact many different people, every day. My story, both personal and fantasy, is just one perspective. But regardless of the different symptoms and challenges people with this condition face, the thing that really makes a difference is other people understanding. We can’t just wave a magic wand and make this disappear. We’re not just trying to be difficult when we ask if you have separate tongs.

Trinity happens to be coeliac and that’s essential to the plot, but not at all the focus of her story. She’s a witch after all. She’s got a life to live and dark powers to escape. For her, like the rest of us, a coeliac diagnosis doesn’t mean the end is nigh.

Against the Grain, by Melanie Harding-Shaw ( $25) is available direct from the author’s website.

Against the Grain was written as part of a project to publish New Zealand witchy fiction – “short, sweet tales of magic, spells, and familiars, where the end is not nigh and love can prevail”. Sixteen authors are on board; see more at witchyfiction.com.