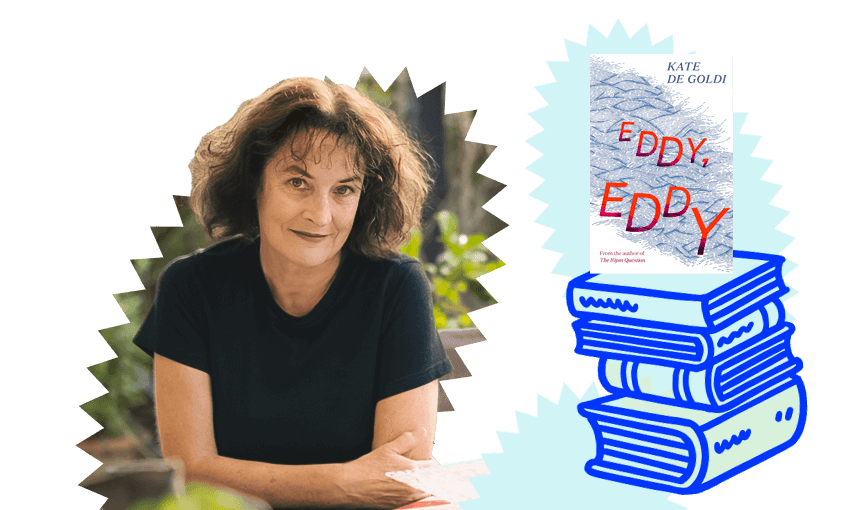 The Unity Books bestseller chart for the week ending 15 July

New from the author of My Year of Rest and Relaxation. The Guardian says it’s a “grim fairytale” set in a medieval village, where a famine forces people “to eat ‘dead bees, bats, vermin, worms, dirt’, and, eventually, each other. Various other crimes are committed.”

The review continues: “Lapvona is written in the flat, schematic tones of an allegory – but if it is a fable, it has neither moral nor message, a void on which Moshfegh apparently prides herself. Right before she kills off almost all of the book’s characters, she writes tauntingly, ‘right or wrong, you will think what you need to think so that you can get by. So find some reason here.'”

We’ll have a full-length review up by the end of the month, promise. In the meantime, a reviewer for Kete notes: “Although it’s referred to as a ‘novel’ on the front cover, it’s more novella in volume and a connector between the genre-dissolving anarchy of zine culture and more traditional literary work.”

“It’s popular with people promoting hustle culture so I didn’t expect it to work for me. While I can’t say that the information in it is that different from other books I’ve read on the topic, it’s definitely the best breakdown of said info that I’ve seen” – Emily on Goodreads.

“In her new novel … set in her hometown [Christchurch], De Goldi explores notions of family among the literal and psychological ruins, with a strong dose of religion spilt through, threatening everyday stability.

“Though mostly told in third person, her picaresque protagonist’s distinct outlook reigns. Eddy is equipped with the verbal tools of the trade of life and his sumptuous interpretations generously coat his anything-but-banal days.

“The novel’s framework is loosely based on Charles Dickens’ A Christmas Carol. This is echoed not only in characters, relationship and events but also in themes of redemption, changes in fortune, self-awareness and movement towards joy.”

A small memoir absolutely chocka with yarns. Shaw’s writing about her own life is very good – clear and pacey and surprising. But her vignettes about running a little bookstore in Manapōuri often scan as a wee bit twee.

“The title of Geraldine Brooks’s new novel … alludes to Lexington: the real and extraordinary late-19th-century Kentucky bay stallion who drives its plot. The subtext, if not the subtitle, is ‘Race.’ Not for the contests Lexington won, though those are recreated in detail suitable for both the sports and society pages, but for the book’s confrontation of relations between Black and white people over the course of two centuries” – the New York Times.

“It seems wrong to categorise this book as military history. It is like reading a film. Typhus-bearing lice in hospitals at the front are so abundant that they crunch under nurses’ feet ‘like sugar’. Nadezhda Krupskaya is ‘washing up’ in the squalid Zurich flat when ‘a breathless friend burst in’ bringing Lenin news of the February revolution. In starving Petrograd, ‘through broken panes, the only glimmer came from starlight reflected off the less than pristine snow’. In a rare interlude of calm during the short-lived German protectorate, ‘ox-eyed beauties of Kyiv roller-skate on the city’s rinks with officers’” – the Spectator.

By the Nobel-winning author of Never Let Me Go and The Remains of the Day; this one, about a very sick girl and her android companion, was longlisted for the Booker.

Blurb: “Based on nearly a decade of reporting, Invisible Child follows eight dramatic years in the life of Dasani Coates, a child with an imagination as soaring as the skyscrapers near her Brooklyn homeless shelter.” Winner of the non-fiction Pulitzer in the latest round. “A classic to rank with Orwell” wrote the Sunday Times’ reviewer.

Blurb: “In this deeply intimate second poetry collection, Ocean Vuong searches for life among the aftershocks of his mother’s death, embodying the paradox of sitting within grief while being determined to survive beyond it. Shifting through memory, and in concert with the themes of his novel On Earth We’re Briefly Gorgeous, Vuong contends with personal loss, the meaning of family, and the value of joy in a perennially fractured American spirit.”

In a topsy-turvy world at least we can always rely on this little book and its presence in the top 10.

Another little BWB book that’s more than the sum of its parts.

Crime from a new Wellington writer. Stuff asked who he’d like in a book club. “How many am I allowed? John le Carre, Peter Temple, Amitav Ghosh, Kate Atkinson, Ron Rash, William Gibson and Tana French for a combination of genres, nationalities and because they all are incredible writers, but I could add many others.”

6  My Year of Rest and Relaxation by Ottessa Moshfegh (Vintage, $24)

“Otessa Moshfegh is easily the most interesting contemporary American writer on the subject of being alive when being alive feels terrible. She has a freaky and pure way of accessing existential alienation, as if her mind were tapped directly into the sap of some gnarled, secret tree” – opening lines of a New Yorker review, which we recommend reading in its entirety.

“Radical, deeply feminist” is how we headlined our review of this crime novel, set in New York and written in New Plymouth. “The most wonderful book. Unusual, beautiful, feminist, gripping, deserves to win prizes. I loved it so much,” is what Marian Keyes (!) wrote in a cover blurb.

We found parts of this novel rather lovely – there’s a lot of terrific nature writing, a lot of sloshing about in swamps and watching birds – but there’s also some harrowing stuff around child neglect and sexual abuse.

There is also, of course, a film out, starring Daisy Edgar-Jones who you might remember as Marianne from that other little book-to-film adaptation, Normal People. Reviews just in: “Hit novel crashes on the big screen,” says the Guardian. “A dull, boilerplate adaptation,” says Vanity Fair. “Drain this swamp,” says the Globe and Mail.

(Also also, the film’s release has brought a resurgence of controversy regarding racial stereotyping of two Black characters in the book, and the small fact that Delia Owens and her husband are wanted for questioning regarding a murder in Zambia.)

9  Anglo-Saxons: A History of the Beginnings of England by Marc Morris (Penguin, $35)

“Very good in some ways, less so in others. If you want a ‘this king did this, and then this king did that’ history, this is the one for you. But if you want to know how the people of the time lived, you need to look elsewhere. This is classic history, in the sense that it’s largely based on written records, so it strongly favours those who were written about. Which means kings, kings’ families, and the church.” – Jon Frum, on Goodreads