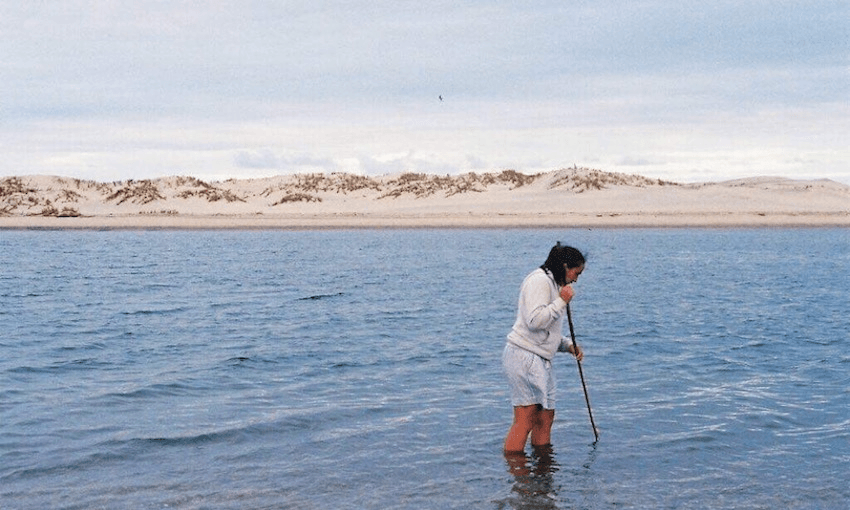 An author searches for her fans (Photo: Temara Chapman)

An author searches for her fans (Photo: Temara Chapman)

Madeleine Chapman wrote a book and was asked to speak about it at a writers festival. The problem was, nobody wanted to listen.

Seriously, no one came.

The first sign, a red flag drifting through my subconscious, was the modest attendance at the three person 2pm panel. Three writers, all known, one local, drew a crowd of 20. The book signing table stacked with 40 copies looked almost sad next an audience half its size. Oh how I would dream of achieving that ratio a mere 90 minutes later.

The three audience members I knew had to leave before my session. They wished me luck and departed. So did the three panellists. Betrayal was all around me.

This was new for me, this session. I’d been on panels before at other festivals but panels are a group effort and, if the worst happens, a group failure. This was a small festival and the event was just me, marketed as just me.

The chair of my event took me for a drink to go over some talking points. She’d written a long introduction for me and wanted it fact checked. At 3:55 we abruptly left the cafe and returned to the public garden where the event was to be staged. Nothing worse than being late to your event and leaving people waiting.

No one was left waiting because no one came.

Seriously, no one came.

We rounded the corner and I noticed right away the stacked chairs at the edge of the stage area. They were expecting a smaller crowd than the 2pm session and had cleared away the extra seating so it wouldn’t look sparsely attended. There were only two short rows of chairs lined up, and they were empty.

The festival volunteer stopped us and asked to see our tickets. The chair stepped forward.

She pointed to the programme in his hand, jabbing at my naively grinning face. A portrait of a more innocent time, before no one came.

I wished she wouldn’t say it so loud, not that there was anyone there to hear it. The volunteer laughed, apologised, and let us through.

It was a long, quiet walk to the stage.

The organiser saw us approaching and smiled an apology.

“Looks like we’re going to have a quiet session.”

I looked around at the nothingness and wondered if this was quiet, what was silent?

“People bought tickets, I don’t know why they’re not here.”

Please don’t say how many tickets were sold.

“We were expecting at least eight people.”

“It must be because it’s the end of the day, right?”

She was talking to the two booksellers from Paper Plus. They nodded in agreement a fraction too quickly.

“Absolutely! Always quiet in the evening.”

We stood there in silence for a moment until I felt like I should say something.

The event itself wasn’t a completely ridiculous idea. My Life, My Fight was a bestseller in 2018 and I had written it. It made sense to think that of the thousands of people who bought the book, more than none of them would be interested in hearing more about it. But I was no Steven Adams. I shivered in the long shadow of his cardboard cutout.

My and the organiser’s apologies danced around each other and would have continued for far too long if a woman hadn’t entered the garden.

“There we go, there’s someone.”

It wasn’t. She wanted a photo of the flowers.

We discussed going to the pub while the organiser continued to apologise. I wanted to look at the entrance because I wanted to confirm that no one was coming so I could go home. But I didn’t look because I didn’t want them to think I was desperately waiting for someone to arrive. I didn’t want anyone to arrive. I was the birthday girl at 4pm when everyone’s forgotten, no longer upset about it, just wanting it to be over.

I loved them for it, that random middle aged couple. But I wished they had stayed at home.

The organiser approached them to tell them the great news: they were about to have an incredibly intimate session with Madeleine Chapman. I couldn’t hear all that she said but I did hear the woman say “we honestly thought this session would be very popular.”

Meanwhile, the volunteer in charge of checking tickets at the closed off entrance thought the event had been cancelled and was letting in members of the public. A family of seven walked into the event area not for the event but to get a better view of the brown Waikato River below.

Other members of the public strolled around the garden, occasionally glancing over at the stacked book table and empty chairs.

No one came over.

But they did talk.

As the interviewer read out a very shortened introduction and we moved our chairs into a tight circle, we were drowned out by people talking about the flowers and butterflies they were seeing.

The organiser asked her colleague to tell people to leave, it was a closed event. It didn’t work. They outnumbered us two to one. The mother of five stood close to us, yelling at her kids until the organiser politely but firmly asked her to leave. She gasped “oh is this an event?” We made eye contact. I saw pity and the end of my life in her pupils. She gathered her kids and left.

The two kind booksellers joined our conversation, as did the publicist. We were now a group of seven having a chat. We should’ve just gone to the bar.

Before the first question had been asked, one of the booksellers noted, insisted, that the book was selling very well. The tall stacks of them on the table behind me sat undisturbed.

Ten minutes into the session, the remaining sound guy (the other one had already left to find something else to do) put away the microphones. There had been a debate during the previous panel over whether or not the panellists needed microphones. We did not have that debate.

Twenty minutes into the session, he began to very discreetly pack down the speaker system around us. So much equipment, so little use.

I was very honest. That couple and those two booksellers and that publicist heard every gritty detail about writing Adams’ book. All details I’d skirt around if speaking to any group larger than tiny. After everything, it was a nice session. I looked deep into the eyes of the paying audience members as I spoke. I think we’re dating now.

When it was over, we chatted some more while the booksellers quickly and quietly cleared the book signing table and folded Steven in half.

The couple left without buying a book.