Welcome back to the Spinoff Book Report.


To reiterate the deal here: if a book’s on this list you know it’s genuinely great. No qualms. What happens is I eye up the cubic metre of books stacked on my desk and grab whatever grabs me. If I love it – really love it – it’s in. Every kind of book is eligible, but I’ll try to love mostly New Zealand stuff. Off we go, again!

If you’ve read any of Langstone’s essays or even a solid number of her tweets you know she’s a wonder, that she writes with a rare clarity and delight, and that most of all she feels things. Bundling all that wide-open-ness into book form adds to its power. Together, these essays – about the death of her father, her childhood, her infertility – have a sweet irresistible resonance.

The final essay, Stars, is one we published part of and I think about it often. I have read so much about IVF but I’ve never read it like this.

Days of needles into the flesh of my abdomen, leaving tiny bruises that float like little blue clouds around my belly button. I start to swell as my ovaries extend with eggs. I read somewhere that ovaries begin the size of grapes and, at the end of an IVF cycle, are as big as mandarins.

Something else happened as I read. Langstone writes so close to the bone that she evokes a mirror response. By the end of the book I felt like my skin was thinner. Like I was hungover or about to get a migraine, or in the first trimester of pregnancy, where everything – taste, smell, touch, emotion – is heightened and your perspective is shunted slightly sideways, and suddenly you’re crying over old Christmas cards and daffodils and you feel you could pop with it all. It’s not a comfortable feeling, it’s not the way I’d like to go through the world, but I think it’s the way Langstone does, and the fact she can tell the rest of us about it, well. Sometimes being soft and vulnerable is incredibly brave. I really hate unsubtle thrillers, where you can feel the writer cynically pushing your buttons. Pomare never does that. His writing is naturally clean and forceful, his plots intelligent, his characters complex. One thing he’s very good at is writing houses – remember the glass house in the bush, in his 2019 novel In the Clearing? He is also extremely adept at making the reader feel watched. So I suspect he had a lot of fun here.

He’s been writing books set in Aussie for far too long but this latest is split across Auckland, where our protagonist lives, and Tarawera, where she and her husband are setting up a beloved family lake house as an Airbnb (well, a “WeStay”). Many things go wrong, largely because a streaming service catering to voyeurs is planting cameras in holiday homes.

Totally non-creepy idea: take The Last Guests to an Airbnb and leave it behind, prominently displayed, when you go.

The Stranding, by Kate Sawyer (Coronet)

There’s been a flush of novels lately, mostly written by women, which take the end of the world and inject it with enough small joys to make it seem OK. Livable. It’s like climate fiction is pivoting from trying to scare the shit out of us to saying righto, this is happening, thinking of it in this way might help you get up in the mornings.

Into this eerie category I’m putting Unsheltered, by Clare Moleta; Last One At The Party, by Bethany Clift; The High House, by Jessie Greengrass; The Burning River, by Lawrence Patchett, and you know what, I’m putting the new Sally Rooney in here too, even though her Beautiful World, Where Are You is set pre-apocalypse, aka now (please note Rooney did not make the list).

And then we have The Stranding, which is a blooming, singing sort of book about a young English woman who happens to be on a New Zealand beach when nuclear hell unleashes. As an unnatural pink dawn comes barrelling over the horizon she and the Māori guy she’s bumped into take shelter in the carcass of a blue whale. They survive. Pretty much no-one else does. They stay on the beach. They raise two daughters. They spend their lives foraging and fishing. They spend their lives as a family, and feeling the sun on their faces, and the world as we know it is gone but this, this goes on. It just … it has a light, this book, and I recommend it to anyone who lies awake at night feeling alone with their dread and their fear. Especially parents.

Factoid: Kate Sawyer lives in East Anglia and has never been to New Zealand, yet she doesn’t put a foot wrong in describing the landscape (which, admittedly, has been blasted) or in the dialect. The book feels like home. Except for one word: the guy says “soda”. Page 103. Delete it immediately. 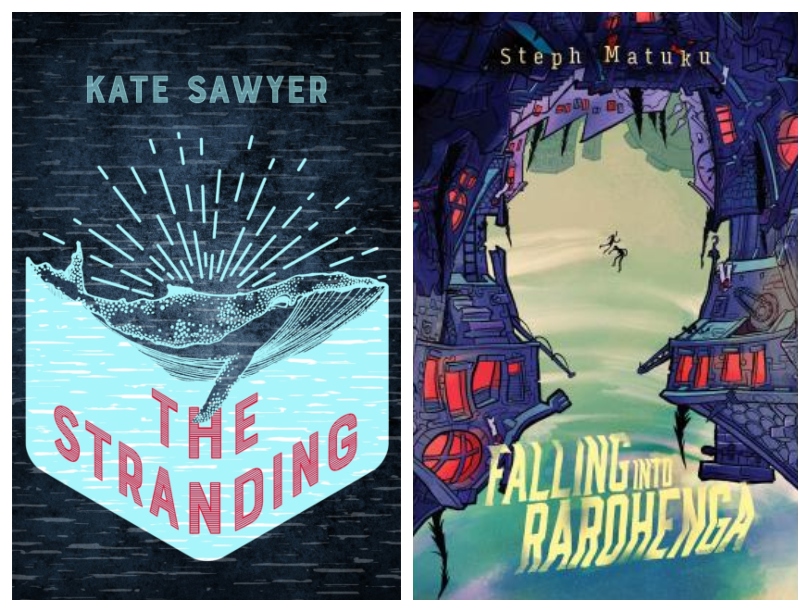 Teenaged twins Tui and Kae travel to the underworld to rescue their mum when she is abducted by their abusive dad. Only, not nearly as grim as that sounds.

This book is for young adults and it steams with magic and story – so much story that in places it feels delightfully like a choose-your-own-adventure. Each chapter hurls the reader in a new direction, but Matuku keeps things coherent via her confident tone and meaty main characters. Highlights: the taniwha and his backstory, and the scene where Tui recuperates in a hot pool. I also love that the edge of every page is dyed a vivid red, which makes absolute sense come page 128. 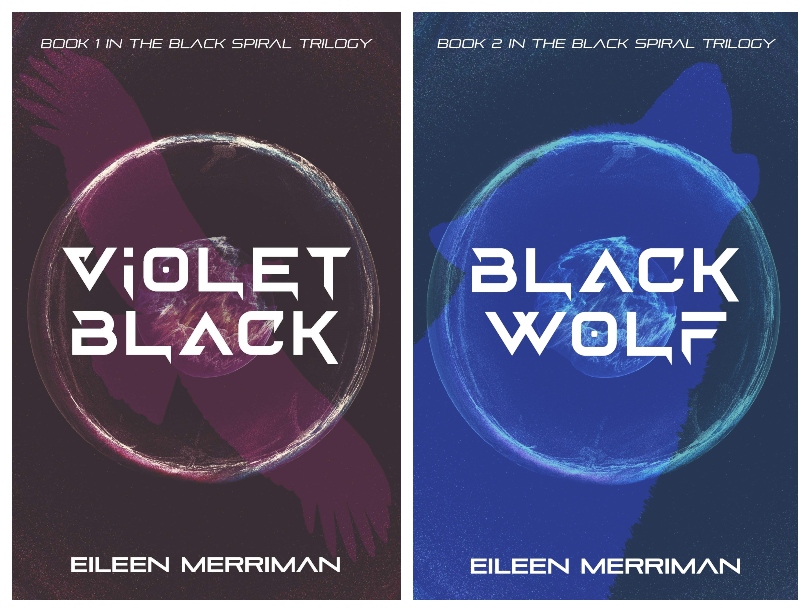 The first in a gritty, thrilling YA trilogy which Penguin picked up during level four lockdown and South Pacific Pictures has optioned for a TV series. It’s about a bunch of teens who recover from a lethal variant of measles to find that they have psychic powers. They’re rounded up and taken to a mysterious black site in the desert.

Merriman, a haematologist at North Shore Hospital, has always been particularly strong at writing death and loss and shock. Here she makes her protagonist, Violet, hurt like hell and she makes us hurt with her. There are giddy highs, too – a new love, those psychic powers of course, the satisfaction of teens outsmarting their elders. It’s very bloody sinister in parts; lots of sedation and trippy dream elements; that and the whole “team of extraordinary kids training for a mission” thing reminded me of Veronica Roth’s Divergent. Except Violet Black is much better written.

There’s also some murky stuff going on to do with vaccines: Violet’s dad was given a big grant to make an “M-fever” vaccine that apparently didn’t work. He’s public enemy number one, and Violet’s his vehement defender.

“My dad didn’t squander his grant,” she insists early on. “And if the government hadn’t been in such a rush to release it to the general public, then he would have had more time to check his data and alter the vaccine so it had better uptake.” Hmm.

The second instalment, Black Wolf, is out in late August. I am extremely invested. 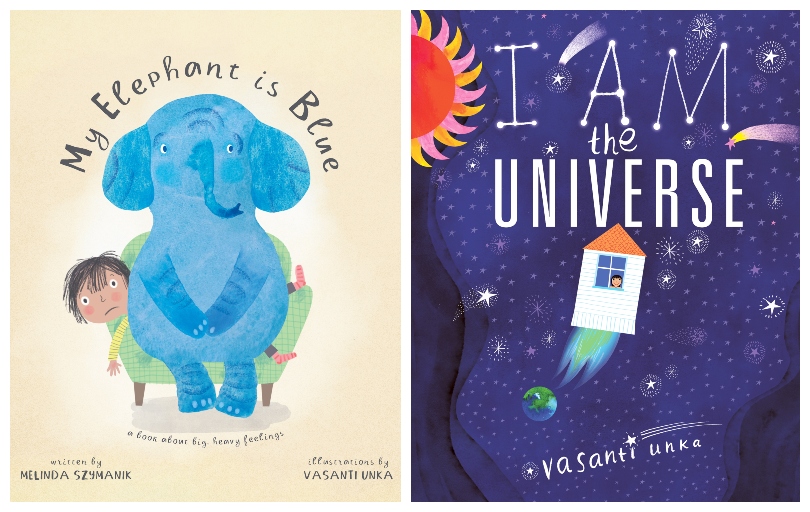 My Elephant is Blue, by Melinda Szymanik, illustrated by Vasanti Unka (Puffin)

Hooray for a feelings book that has an actual heart. (There are so many insipid, overwrought, badly-written, boring as batshit ones out there.) My Elephant Is Blue has a sense of humour, and a just-right restraint, and a logic that scans with little ones – it’s all so rare in picture books these days, and I relished it.

The story, told in prose (another bonus) is about a child carrying around “big, heavy feelings” but the feelings take the form of an elephant friend, so you could totally read this without getting, ahem, heavy.

The first pages remind me of Mahy. “One morning I woke to find an elephant sitting on my chest.” Everyone does their best to help lighten the load but as the child says, “It’s hard to cheer up or smile with an elephant sitting on your chest.” In the end the child figures out a smart way through, the elephant stands on its own four feet, and there’s a scrumptious family picnic, one of those celebratory scenes with crazy flowers crowding in on all sides. A weight comes off (Image: Supplied)

Request to Penguin: please put out prints of Unka’s illustrations, not just of this book – which drips with colour and life – but everything she’s ever made, basically. (Another recent favourite is I Am the Universe, a very simple story and absolutely gorgeous, which might just win the illustration category at the New Zealand Book Awards for Children and Young People next month.) 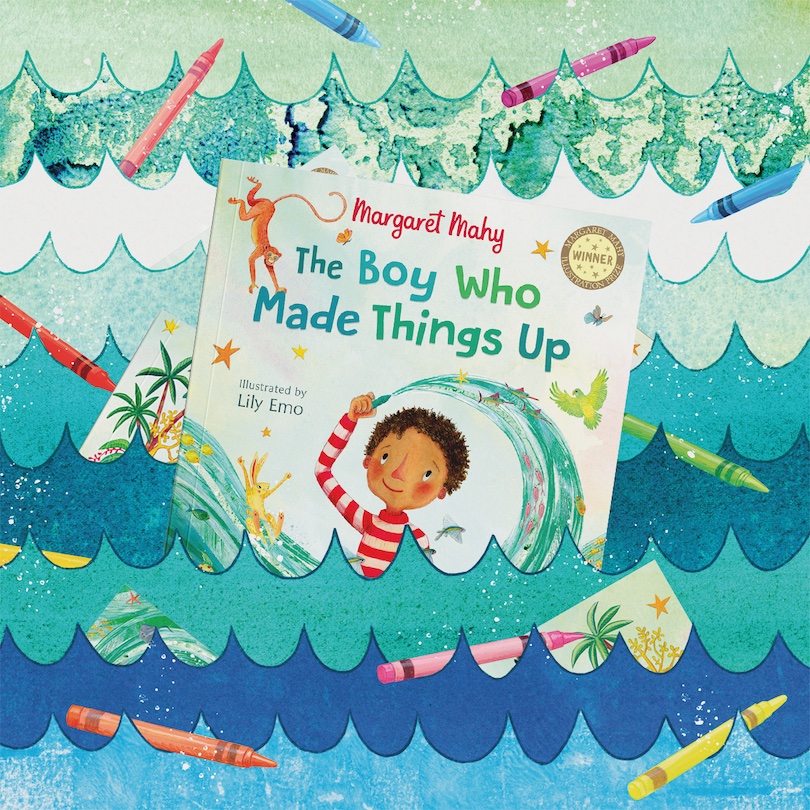 The Boy Who Made Things Up, by Margaret Mahy, illustrated by Lily Emo (Moa)

And voila: an actual Mahy, republished with wildly beautiful artwork by Nelson illustrator Lily Emo. The press release about this one called Emo’s work “breathtaking” and usually that’s hyperbole but in this case my breath actually did catch, more than a few times, as I turned to a fresh page. The seascapes are dreamy, they’re what you notice first, but after many re-reads my very favourite thing about the art here is Emo’s gentle skewering of adults’ terrible awful screen-induced posture. The book is out in a week or so, neatly timed for Father’s Day (September 5, just a heads up) and it would be a very funny and deliciously pass-agg present because the story is about a dad who is glued to his phone. His little boy teaches him to play again.

To conclude, can we please all give thanks for the Margaret Mahy Illustration Prize, which matches previously unpublished illustrators with Mahy stories and pays them actual money for it ($1000 cash, plus $500 vouchers, plus if the book does get published they get the usual advance and royalties). The prize launched in 2019 and brought this gorgeous book into the world as well as Sarah Greig’s 2019 re-imaging of The Boy With Two Shadows. The third round closes this week. They’ve already had more than 250 entries. I’m excited. Keep this prize going long enough and it’ll start to balance out all those badly-written picture books about native birds.

Onwards! Nineteen new books landed on the doorstep while I was writing this. Will any of them make the next Book Report? Find out in a month or so.