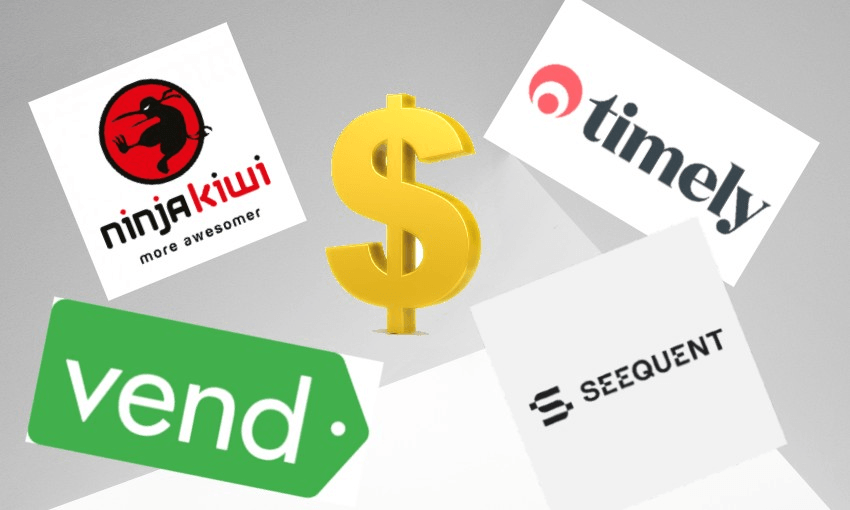 Four NZ tech startups that sold for billions this year

A handful of New Zealand startups have been recently snapped up in a flurry by global corporations. But who are these homegrown businesses and why did they fetch such lofty sums?

Go to any New Zealand business conference or seminar these days, and you’re bound to hear the words tech and innovation mentioned no less than 1600 times. It’s the way forward for New Zealand, business people declare – the nation’s golden ticket to prosperity in an increasingly digital, automated and robotic world. However, more often than not, the innovation is discussed with a tone of lament, as if it is fleeting – a passing billion dollar train that New Zealand is too cautious or conservative to board.

However, 2021 has so far proved that small New Zealand companies are indeed jumping on that train – for colossal sums of money, too. In the first few months of the year, four New Zealand startups have been acquired by overseas firms for an accumulated $2b. These businesses are market pioneers, expanding rapidly from spare bedroom-type gigs with one or two employees, to over 100 in the space of a decade.

While their acquisitions are at once exciting because of the overseas investment and attention, and disappointing because they’ll technically no longer be New Zealand companies, all have said that a large part of their operations will remain in New Zealand. So who are these businesses and how did they grow so fast?

A company that develops and publishes games for mobile and PC, Ninja Kiwi was started in 2006 by brothers Chris and Stephen Harris in the spare bedroom of Stephen’s house in Muriwai, northwest of Auckland. It released its hit game Bloons in 2007, acquired Scottish gaming studio Digital Goldfish in 2012 and has since expanded its team to 70 employees across two countries and produced over 60 games.

In 2021, Swedish company Modern Times Group (MTG) announced it was purchasing Ninja Kiwi for 1.2 billion kronor ($203 million), with the popularity of Bloons credited as a catalyst for the sale.

While Ninja Kiwi never released its financials, Chris Harris commented in May 2021 that the company was very profitable and the Technology Investment Network estimated the startup’s 2020 revenue at just over $50m. The purchase is a nod towards the opportunity for New Zealand studios to continue tapping into the global gaming industry, which is valued at $167b – more than the local film and music industries.

Tech entrepreneur Vaughan Fergusson founded Vend in 2010 to provide retailers with intuitive cloud-based POS software that improved efficiency in their stores. With the right product and a ripe market, Vend expanded rapidly, eventually attracting over 20,000 retailers from all over the world.

While Covid-19 devastated many of Vend’s customers, some of which were forced to close permanently, the pandemic also forced the survivors to adopt more digital technology to continue trading, which turned out to be a boon for Vend.

With a valuation of around $100m in 2016, Vend was purchased in early 2021 for $455m by Canadian company Lightspeed, which operates in the same market. Listed on the NYSE and with a market capitalisation of just over US$11b, Lightspeed said the purchase would allow it to dominate the Australasian market and continue its global expansion.

Lightspeed said Vend now had about 280 staff worldwide, including around 150 in its Auckland HQ.

Another company that eventually gained more than it lost through the pandemic, Dunedin’s Timely was founded in 2011 by Ryan Baker, Andrew Schofield and Will Berger, and offers cloud-based software for beauty professionals to manage clients, engage with peers and learn industry-relevant tools.

The startup now has 50,000 professionals across 90 countries that use the software to book more than 30 million appointments per year.

Ryan Baker told the NZ Herald the startup had expanded from 85 staff during the lockdowns to 125 today. In May this year, it was announced that Denver-based company EverCommerce had entered into an agreement to acquire Timely, subject to Overseas Investment Office approval. While the price was not reported, the OIO only involves itself in deals above $100m.

The most lucrative deal by far, Christchurch-based geoscience software company Seequent’s sale to Nasdaq-listed Bentley Systems was a huge payout for a business that, according to an investor, no one had ever heard of.

Founded in the early 2000s and headquartered in Christchurch, Seequent’s medical and geological 3D imaging software maps out and visualises unseen and inaccessible terrain. A market leader, it now has over 430 staff across 18 locations around the world, with 170 in New Zealand, and works with key stakeholders in a number of geoscience areas such as mineral resources, infrastructure, energy, natural hazards, and water.

Once the transaction is complete, Seequent’s headquarters and research centre will remain in Christchurch. It will operate as a standalone unit within Bentley – a US-based infrastructure engineering software company with US$800million in revenue in 2020.

Follow Business is Boring with Simon Pound on Apple Podcasts, Spotify or your favourite podcast provider.