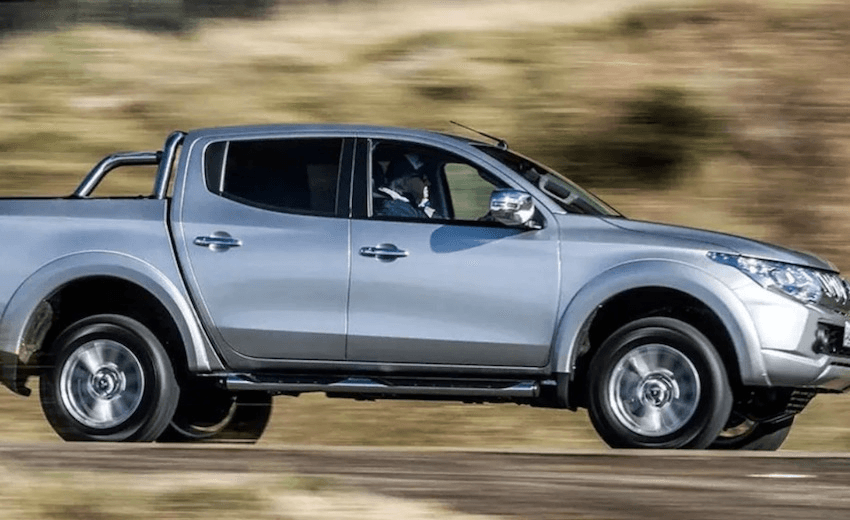 This content originally ran on RNZ. For more, listen to the podcast version of this story.

Motor Industry Association CEO David Crawford says the sale of passenger vehicles took a major dive during the Global Financial Crisis and has only come back up to about a third of what it was.

“But what has grown strongly is SUV sales and light commercial vehicle sales,” said Crawford.

“SUVs overtook passengers in 2015 and this year if I take out vans and just look at utes, we will sell more of those than all of the other passenger vehicles together.”

And according to the statistics, about half of the utes being sold are being bought by individuals – not companies. So these utes are not just for tradies and farmers anymore.

Ford Marketing Manager for Light Commercial Vehicles Jeremy Nash said there has been a huge shift away from the Ford Falcon and Commodores of our past.

He calls it the ‘Truck Revolution’.

He said where the sedans used to meet our work and family needs, now we’re after a more versatile vehicle and the double-cab ute ticks all the boxes.

“One of the biggest insights we have on ute ownership is that towing is very important,” he said

“And that talks to that whole Kiwi lifestyle; the boat, the bach, being able to tow a trailer, go to the tip on the weekends, take the jetski somewhere or put the bike racks on. It’s very Kiwi and it’s a very enabling kind of accessory.”

He said add that to the spacious, versatile tray and the automatic transmission and you have a very popular vehicle for many New Zealand families.

They are also things something Zoomy driver Tricky appreciates in his Nissan Navara.

He said while he would love an electric car for his day-to-day commute and Zoomy trips, there’s no incentive for him to buy one.

“Most electric vehicles don’t have the range,” he said.

“The latest ones do, but then they get a bit pricey.”

And he doesn’t think a electric vehicle would tow his racing car.

“I don’t think it’s going to quite cut the mustard. If I’ve got to go from Wellington to Auckland and I want to do it in one trip an electric car’s not going to handle it, especially if I’m towing two-tonne behind me.”

But if we keep choosing gas-guzzling utes, we’re not going to meet our climate change targets or improve air quality

Climate Change Minister James Shaw recognises meeting the Productivity Commission’s target of having a light vehicle fleet made up of more than 95% electric or zero emission vehicles by 2050 will be a colossal challenge.

“You’ve got about 4.2 million vehicles in the fleet today, if you want to replace those, you’d be doing so at a rate of 131,250 a year for the next 32 years and every year you don’t replace them at that rate you have to add that to the following years,” he said.

Shaw admits we’re going to need some exponential growth in EV sales. But our current buying habits are not particularly helpful. In that same year we bought nearly 37,000 double cab utes – almost all of which were diesel-burning gas-guzzlers.

“Our cars last on average 19 years before they exit the fleet which means that a car someone buys today will lock in emissions until 2037 for that vehicle,” said Shaw.

“Every EV someone buys is getting more than offset, and not in a good way, by multiple people buying really inefficient vehicles on the other side.”

He said we also have to consider the fact that New Zealanders like to buy cheap second-hand vehicles and drive them until the wheels fall off.

But when you boil it down, we need to stop buying double cab utes now or we have no chance.

So how are we going to break our addiction to double cab utes and fall in love with electric cars? According to Shaw, the trouble is that people care a lot more about the upfront capital costs of a vehicle than the long term running costs.

So, there are a couple of ways the government could encourage us to stop buying double cab utes.

It could use the price; forcing double-cab ute drivers to pay $20,000 extra for their fancy new vehicle and transferring that money to the Nissan Leaf buyers so their cars would be $20,000 cheaper

But even Shaw admits that would hurt poorer drivers.

He envisages a set of policies being developed rather than a single big lever like a feebate scheme. Although he thinks some sort of financing scheme that makes electric cars affordable for everyone could work. For example, someone could pay a small amount upfront for an electric car and then pay some sort of monthly rent or lease that spreads the cost out.

The lever, which Shaw didn’t mention, is to remove the current tax exemptions on utes. Right now the government is actually subsidising people to buy the very utes that could stop us meeting our climate change commitments, because when you buy a ute you don’t have to pay fringe benefits tax. Utes are categorised as a commercial vehicle exempt from FBT, unlike a passenger car.

And if you buy the ute as a business, even if you don’t need to cart around tools or livestock, you can also reclaim the GST.

Now these tax exclusions made sense when a ute was considered a perk and you couldn’t be seen dead at the beach or the church with your family in one. But times have definitely changed.

James Shaw says it’s going to take some pretty transformational thinking to change the dial on our current numbers. But he is excited about the policy possibilities.

“If we get this right, then we can actually change household and national economics.”

“Because we import roughly $5.5b worth of petrol a year, if we stopped doing that and it was all being energy that was generated in New Zealand, then that massively shifts our balance of payments.

“If we can work out a way to help low-income families to move from a really inefficient internal combustion engine vehicle to an electric vehicle then their running costs are the equivalent of 30c a litre, rather than $2.40 a litre and so that will have a massive impact on their household finances.

“And of course it dramatically reduces our emissions,” said Shaw.

He reckons there could be a triple win; for the country, for households and for the climate if we can get the policy mix right.

“We understand that a discussion is coming around a series of measures to influence the way in which vehicles are imported and to influence the people making decisions about what they want to buy. The devil will be in the detail of what’s being proposed and what’s workable,” said Crawford.

Either way, it looks like the government’s coming for our beloved utes.

This content originally ran on RNZ and is syndicated with permission