A new breed of economic leaders is calling for progressive taxation and more government spending to help reverse the widening of inequality – but our government is lagging behind.

Economic policy makers all over the world have learned that growing inequality is destined to wreck the current version of global capitalism without a change of approach. Now a new group of women leading the world’s great economic powers want to reverse that doom loop by making the wealthiest pay more tax so governments can invest more in poorer people to make them healthier, happier and more productive.

This idea for a Piketty-esque reversal of the decades-long contraction of governments is becoming the international orthodoxy, but PM Jacinda Ardern and her finance minister Grant Robertson are well behind the curve. They currently think that keeping debt low is more important than using borrowed money now to slash child poverty, invest in housing infrastructure and improve the wellbeing of the biggest losers of the Covid “rekovery” over the long run.

It’s a similar view to that taken by predecessors John Key and Bill English in the aftermath of heavy government spending in response to the Global Financial Crisis and the Christchurch earthquakes. After the crises, they thought the best thing was to “rebuild the kitty” for the next rainy day. That was then the orthodoxy prescribed by the international financial heavyweights of the OECD, the IMF and World Bank. English’s main focus from 2012 to 2017 was getting back to a budget surplus and driving net down below 20% of GDP. Unfortunately, it meant public services such as health, education, transport and housing were starved of resources and infrastructure during a population boom. Labour inherited those infrastructure deficits and is still struggling to deal with them, in part because Labour and the Greens signed up before the 2017 election to the same 20% net debt and budget surplus orthodoxy.

In the latest episode of When the Facts Change, Bernard Hickey talks to economists Ganesh Nana and Craig Renney about global capitalism’s ‘doom loop’ and how addressing inequality and improving productivity can help stop it. Subscribe and listen on Apple Podcasts, Spotify or your favourite podcast provider.

The facts have changed

Now that neoliberal orthodoxy is breaking down all around the world. The post-GFC malaise of grindingly low GDP growth, weak inflation and anaemic productivity growth forced the arbiters of conventional policy to revisit the post-Cold War formula of starving the “beast” of government and waiting for the rising tide of the economy to lift all boats. Instead, the IMF, the OECD and the World Bank have gradually realised the rising tide is only lifting the luxury yachts, and the dinghies and life rafts are being swamped. Covid-19 has accelerated that change of view, particularly given the initial crisis response ignored most of the orthodoxy and used government borrowing and spending to cushion the blow.

All are calling for higher corporate and top income tax rates to help reverse the widening of inequality and to pay for government spending to lift the wellbeing of the poorest, in part because it reduces the risk of social upheaval and increases productivity. This week saw two major escalations in this shift from the new priests of the global economic orthodoxy.

Firstly, Yellen proposed a minimum corporate tax rate globally of 21%, which is actually lower than than New Zealand’s current 28%, but above the beggar-thy-neighbour rates of 12.5% in Ireland, 9% in Hungary and the no-tax jurisdictions in the Caribbean.

She said it was time to end a 30-year race to the bottom in corporate tax rate and that competitiveness was more than just about the size of profits and corporate empires.

“It is about making sure that governments have stable tax systems that raise sufficient revenue to invest in essential public goods and respond to crises, and that all citizens fairly share the burden of financing government,” she said.

“We are working with G20 nations to agree to a global minimum corporate tax rate that can stop the race to the bottom. Together we can use a global minimum tax to make sure the global economy thrives based on a more level playing field in the taxation of multinational corporations, and spurs innovation, growth, and prosperity,” she said.

The OECD welcomed the move and said America’s change of approach made a globalised shift to make multinationals pay higher tax more likely to succeed. 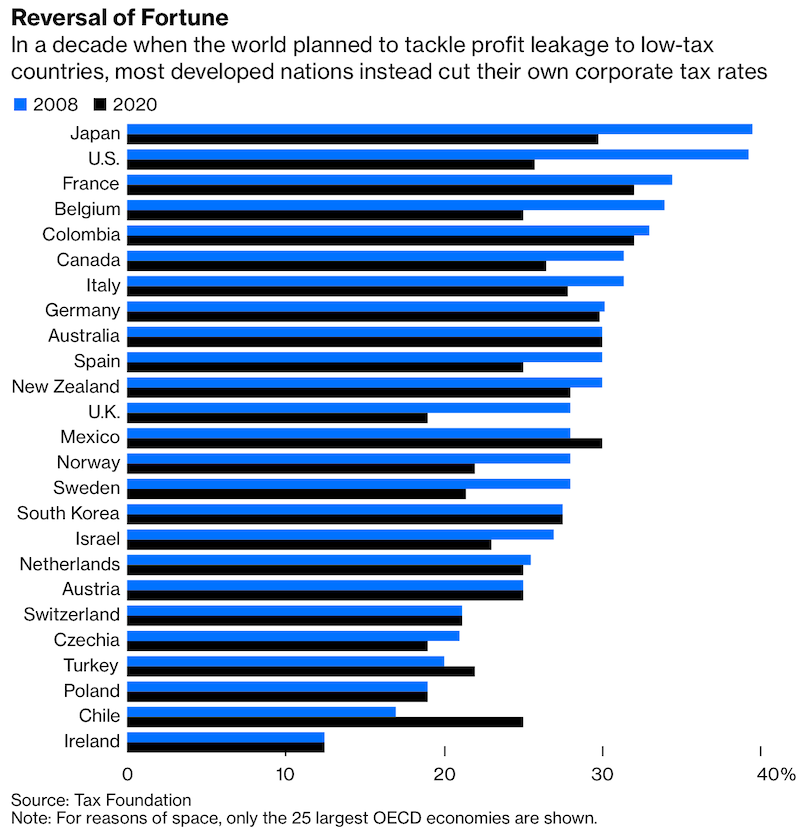 Secondly, this week IMF called on countries to look at imposing a “solidarity” tax on the wealthy to help pay for public investment. It suggested one-off “excess profits” taxes and increases in top personal income tax rates.

“We need to combine better infrastructure and greater access to the internet with more investment in people’s education and health,” Georgieva said.

“This requires sufficient public revenues and national tax systems retooled for the 21st century. In many cases, this will mean making them more progressive – and fairer,” she said.

“This has to be coupled with modernising international corporate taxation through multilateral efforts – to ensure that highly profitable firms pay their fair share where they do business.”

The IMF emphasised the change of approach in its April Fiscal Monitor.

“Enhancing access to basic public services will require additional resources, which can be mobilised, depending on country circumstances, by strengthening overall tax capacity,” the IMF’s director of fiscal affairs Vitor Gaspar said.

“Many countries could rely more on property and inheritance taxes.  Countries could also raise tax progressivity as some governments have room to increase top marginal personal income tax rates, whereas others could focus on eliminating loopholes in capital income taxation,” Gaspar said.

It’s the most un-IMF the IMF has ever sounded. 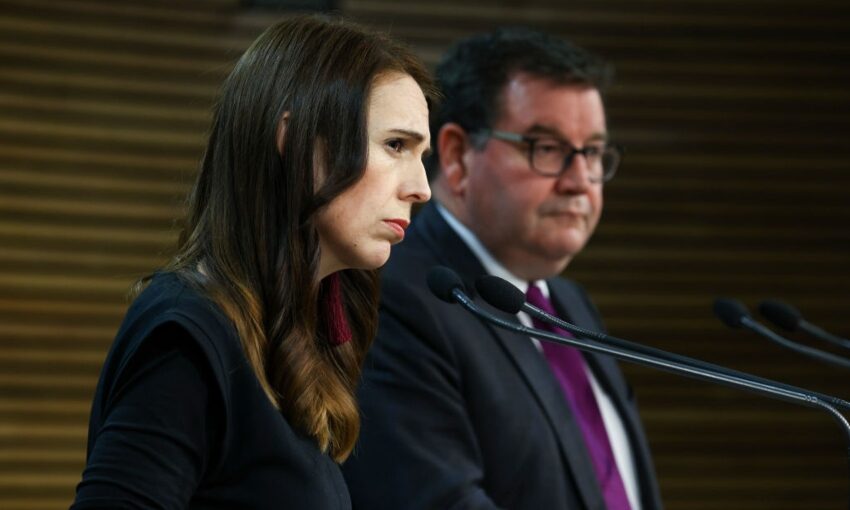 But what about here in NZ?

The same flaw in the global economy is just as obvious here, where our rising inequality, particularly after housing costs, is correlated with sluggish growth in output per hour worked. Not surprisingly, children growing up in stressed and unhealthy homes are not only less likely to be productive in future, but so are their parents now. Just as we’ve seen overseas, it has created a doom loop of ever widening inequality, which slows growth and forces yet more money printing, tax cuts and “austerity” that further widens inequality.

The global response to Covid-19 has turbo-charged this doom loop with over US$26tn of fresh government spending and central bank money printing, most of which went directly to corporates and asset owners in the form of grants, much higher asset prices and lower borrowing costs.

The numbers are just as obvious here. The Reserve Bank has printed just over $52bn to lower mortgage rates, which has lifted the value of property assets by more than $400bn. The government handed over $16.6bn to businesses during Covid to convince them not to sack staff. It worked, but it also meant businesses have banked an extra $20bn over the last year. Many businesses were backed by government guarantees, policy changes and subsidies, including for aviation, freight, selected tourism businesses and banks.

But repeated calls to increase welfare spending in line with the Welfare Experts Advisory Group’s recommendation for a permanent $5.2bn per year increase in benefits has been brushed away by Ardern and Robertson, who argue the nation can’t afford it. The same could be said for new infrastructure and state housing spending, which is set to be less than 5% of GDP and well short of what America and other developed countries are talking about.

Ardern and Robertson have prioritised debt reduction and are now at the fiscally conservative end of the advanced economy spectrum. New Zealand’s public net debt is barely 32% of GDP, less than a third of the average of developed economies with similar credit ratings. That’s despite interest costs falling at the same time as rising debt, which is the exact opposite of the pre-GFC orthodoxy that believed lower government debt would be good for economies and avoid higher interest rates. 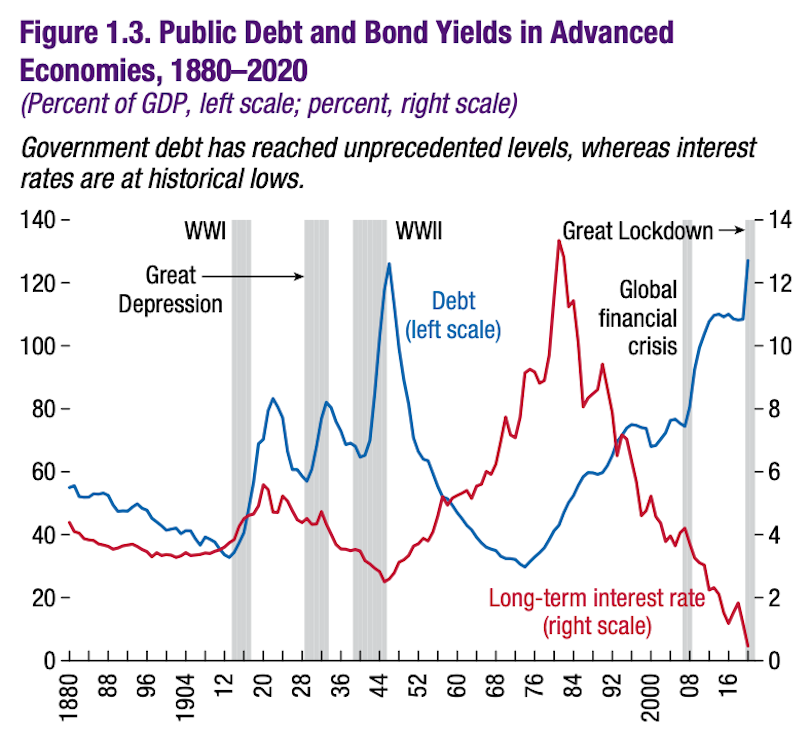 The “keeping a lid on debt” for a rainy day idea also ignores the arguments of the IMF, OECD and World Bank that spending on social support, education, health and retraining pays off in the long run with better social cohesion, less “scarring” of long-term unemployment, along with higher health and social costs in the long run.

Ardern and Robertson are now well behind the likes of Yellen and US president Joe Biden, who have pledged social spending and infrastructure investment of over $US4tn or 20% of GDP, which are expected to lift economic growth and halve child poverty.

There was a time when New Zealand’s policy changed the economic orthodoxy of others, particularly around public finances and inflation targeting. Now it’s more of a laggard trying to fight a new economic war with the weapons and tactics from the last one.