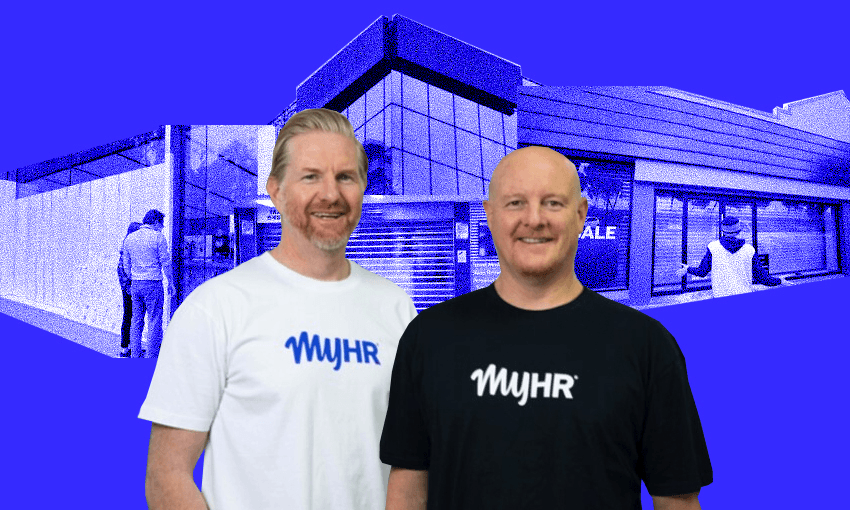 With more than 1,000 local businesses on its books, MyHR saw firsthand the pressure the Covid-19 fallout put on New Zealand’s SMEs, as well as having its own business model tested to the limit.

New Zealand’s Covid-19 lockdown had a seismic effect on human resources departments. In order to stay afloat through the chaos, thousands of companies were forced to restructure, downsize or change contracts of their existing staff. While offical unemployment figures haven’t risen, it is clear from the latest Household Labour Force Survey that the number of hours people have worked has drastically changed. Never has human resources support been more urgently needed.

Right in the thick of it was MyHR, an Auckland-based company that provides on-demand, outsourced HR services so that SMEs don’t need to hire dedicated HR staff.

Their combined service-and-software model covers the full gamut of HR issues that an employer might face. But when Covid-19 hit, those issues suddenly began to multiply for MyHR’s clients.

“On a normal, pre-Covid week, we would average six to eight restructures,” says MyHR CEO Jason Ennor. “During lockdown, we were averaging 88 a week. In contrast, in a normal week we’d usually do 300 employment contracts, with 85% being new employment offers and the other 15% being people moving jobs, whereas during Covid-19 we averaged only 12 per week.”

In all, MyHR deals with over 17,000 employees on behalf of more than 1,000 companies. In terms of numbers, MyHR could be considered to be New Zealand’s third-largest HR department within the private sector (behind Warehouse Group and Progressive Enterprises). As a result, the staff at MyHR saw the pressure that lockdown put on business owners across a wide range of industries, with many seriously considering shutting up shop until the wage subsidy programme was announced.

Even then there was a great deal of stress and uncertainty, with the parameters of the programme changing repeatedly within the first few days. Yet Ennor felt there was sometimes a lack of sympathy in the media for the plight of local businesses during this period.

“When business groups asked ‘what’s the plan for economic recovery?’ they got shot down pretty quick and were tagged as being anti-lockdown, which was not the case. None of the businesses we work with wanted to open too early… Business owners were under huge pressure.

“Most employers are invested in the lives of their staff – they know if someone is the breadwinner for a young family who’ve just bought a house. The thought of laying them off into a market where there was so little job activity was just horrible.”

In the end, the vast majority of the businesses MyHR worked with managed to survive the lockdown period. It matched the overall trend across New Zealand, which has seen no significant rise in business closures due to Covid-19 up to this point, although some experts predict an imminent increase. Ennor, along with co-founder and CMO Sean O’Brien, was nonetheless heartbroken by a few smaller companies they did see go under, given their own experience of starting a company from scratch.

The pair first started MyHR back in 2013. O’Brien was already running his own design company, Amplifier, but found limited options for HR support available to small businesses. Either they could purchase cheap generic employment templates online without any additional HR support or be forced to pay expensive consultants to draft any new contracts they needed. O’Brien saw a gap in the market and fortunately his old surfing buddy and ex-bandmate, Jason Ennor, was well-placed to make it happen.

Ennor had worked in HR for 13 years, rising up through the ranks at Shell in the UK and eventually becoming a senior HR representative at Woolworths in Australia, overseeing the supermarket division of 135,000 staff. It was this later experience that showed him how HR could be delivered for a huge and diverse workforce with a wide geographical spread.

Using this knowledge, MyHR developed a hybrid model that gave clients access to a specialised digital platform, which was then supported by HR experts at their home office. Their initial aim was to gain 100 clients in their first year. That achieved, the business has grown steadily every year since. It also became clear that their approach could also work for medium-sized businesses, so they now work with companies that range from just one employee up to another that has around 560.

MyHR was preparing to move into the Australian market before Covid-19 hit. Instead, they cancelled plans to move two staff across to Australia and instead had their developers working hard to ensure the digital backend could smoothly adapt to the differences between Australian and New Zealand employment law. Nonetheless, the company does currently have a general manager in Australia and 19 clients onboard.

Back at home, the founders of MyHR see a lot of uncertainty ahead for the businesses they work with. For this reason, Ennor has been disappointed to hear so little policy discussion around supporting local businesses coming from the two major political parties. The end of the wage subsidy is just one obstacle that Ennor sees ahead. Whether it’s construction companies with work lined up only until the end of August or tourism outfits that have no idea how their busy summer period is likely to go – it all needs to be addressed.

Nonetheless, Ennor and O’Brien remain positive about the future for MyHR, having faced down the first week of the Covid-19 lockdown when there was the real possibility that their own clients might cut them loose. O’Brien believes that one silver lining of the lockdown was having the breathing space to look under the hood of their own business and fix any niggling issues, while also seeing their approach put to the ultimate test.

“For many of our clients, having a MyHR subscription is an insurance policy for when the shit hits the fan. And after the Covid-19 lockdown, the shit hit the fan for everyone. It was a huge challenge for us.

“I’m really proud of the way we got through it – there’s not many other events that would put our offer under that much pressure. There was a huge upsurge of reliance on our service and the team just knuckled down and smashed it.”