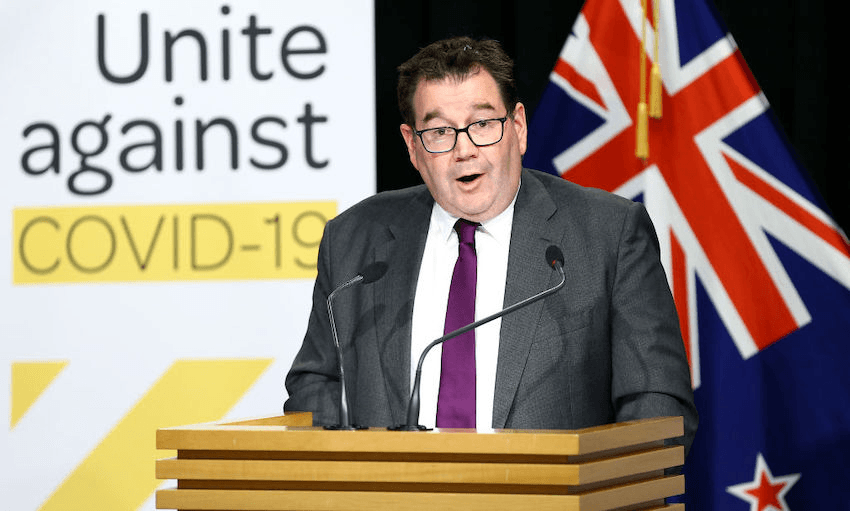 How Covid-19 will damage the economy, according to Treasury

A range of scenarios has been released by Treasury, modelling the potential impact of Covid-19 on the economy. How bad could the damage be? Here’s a cheat sheet.

What is the starting point for these scenarios?

Treasury has looked at several different scenarios for how lockdown measures to fight Covid-19 will affect the economy, and what effect government spending will have against that. Because the economic situation has been moving so rapidly over the past two months, those scenarios start pretty much at the present day, building in both the four weeks of the current level four lockdown, and the $20 billion in spending already announced by the government.

And how have the scenarios been built?

They’ve basically mapped the Covid-19 alert level system on to economic activity, on the grounds that higher alert levels mean lower levels of activity. They also consider the potential for the borders to be closed for a year, and take into account world economic activity. Here are the yardsticks Treasury is working with:

An important point is that these scenarios don’t include any additional government stimulus on top of the $20 billion already announced, with about $5 billion already paid out through the wage subsidy scheme.

What does the modelling tell us about the effect on the economy?

It was already pretty clear that the unemployment that results from the downturn will be deep and harsh, but now some more specific figures have been put on that. Take scenario 1, which is based on the lightest realistic alert level restrictions. Under that scenario, the unemployment rate will jump from around 4-5% (where it has been for the last several years) to about 13%. Even then, that is “mitigated by existing fiscal support and slower labour supply growth, as both net migration inflows and labour force participation fall”, according to Treasury.

Finance minister Grant Robertson was under no illusions about how much economic impact the lockdowns were having. “The more drastic scenarios are ones where there is a long period in level four, which highlights the importance of staying home, saving lives and making sure we stick to the rules of our current lockdown.”

But where higher alert levels are in place for much longer, such as scenario 3, the unemployment rate would likely hit 25% by the end of the year. In all scenarios, GDP is going to take a big hit, as these graphs show (note: HYEFU refers to what could have been expected in the pre-Covid-19 world):

What if there is more government support?

In simple terms, it will be very difficult and expensive to keep unemployment below 10%. Robertson said the scenarios back the government’s decisions to date, including to “go hard and go early” on lockdowns, because of the potential for those higher level lockdowns to then be shorter in duration.

How are these models being used?

Robertson has said that the modelling “should not be taken as any guide as to the government’s thinking or decision on changing alert levels. That decision will be taken on April 20 as the prime minister has foreshadowed”. In other words, these scenarios will be data to be added to the wider public health decision-making process around the lockdown, rather than being the main point on which the decisions are made.

And Robertson was very clear that there are still some big unknowns in the various scenarios, simply because of the current turbulence in the global economy. “These are very much scenarios rather than forecasts, because forecasting at the moment using the normal tools is virtually impossible,” he told Radio NZ.

There are a few important dates coming up, over and above the decision on April 20 about extending or exiting level four restrictions. Further steps in the government’s business support plan will be released in the coming days. The budget will be released as normal on May 14.

And Robertson said that Treasury would be running a weekly dashboard every Friday showing data, which will also include the information from the Treasury’s weekly economic update. Because of the massive uncertainty around all of this, that data will be crucial in informing the next steps to be taken.