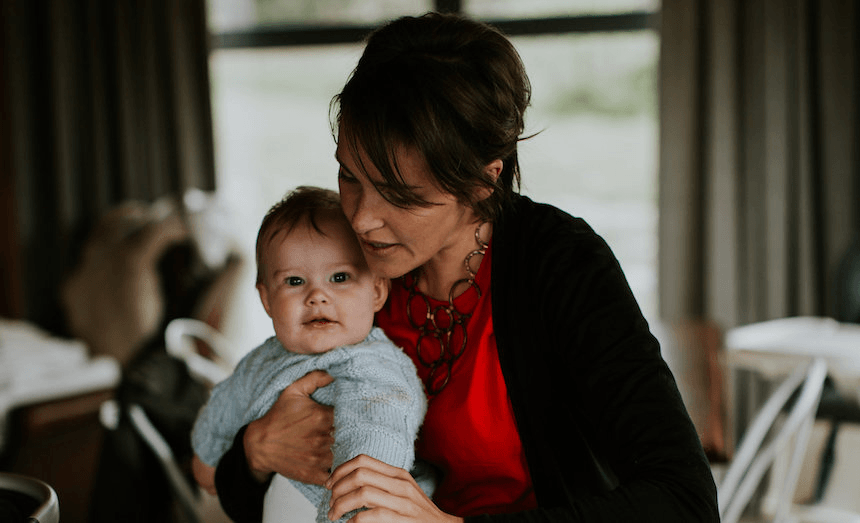 Is the freelance dream souring? Victoria Crockford finds insecurity abounds inside the gig economy, and argues we need to make sure rights are not lost with the rise of flexible work.

‘Got Paid’, ‘Went Outside’, ‘Remembered to Eat!!’, cheerfully quipped some of the ‘freelance achievement stickers’ designed by Jeremy Nguyen for the New Yorker recently. The stickers went viral, everybody had a laugh. “How hillllaaaarious. ‘I Wore Pants Today’. Haha.”

I had a laugh too. I appreciate any joke about doing taxes (particularly those that include blowtorches and IRD forms). All the same, I couldn’t help but feel uneasy. Something just didn’t seem right. When did ‘getting paid’ and ‘going outside’ become achievements, not essential – and non-negotiable – parts of being a human in the workforce? As increasing numbers of people globally participate in the gig economy (the freelance, short-term labour market), it is becoming apparent that the joke may in fact be on the workers.

The gig economy: trading away our rights?

I am a mother of young children with a generalist background seemingly made for project-based work and I made the choice a couple of years ago to go out on my own. I wanted to be there for my kids at the drop of a hat. I wanted to work on cutting edge projects with interesting people. I wanted freedom of choice. So I drank the freelance Kool-Aid, girded up my privileged millennial loins and set off with laptop and reusable coffee cup in hand.

Some of my freelance fantasies have come true. A lot of the time, however, I have felt like I am staring down into the precipice of short-term contracts that can be terminated at any time, hourly rates that are consistently getting screwed down, loneliness, and barely enough money to make paid work worthwhile when daycare, transport and student loan costs are factored in. When my aspirations have been realised, it has largely been because I have a partner on a steady income and have been able to work unpaid, you know, for ‘exposure’.

Over time, I have come to learn the harsh lesson of gig workers everywhere: the trade off for flexibility is instability. Or, as a fellow freelancer said to me, “you can never be sure when the gravy train is going to pull into the final station.”

This insecurity is proliferating. A recent Wall Street Journal report found that “the safety net that once came with full-time work has frayed” and, facilitated by the gig economy, businesses are spending less on employees, both in terms of pay and capital investment. It is not only the safety net that is fraying – the nerves of workers are too. With instability comes uncertainty, which affects both mental health and the ability to plan financially. Guardian journalist Hannah Jane-Parkinson put it this way: “There is no sickness pay for the self-employed, no holiday leave, no insurance.” Factor in the isolation of going it alone, and there is no need to wonder about one of the causes of the anxiety pandemic.

Against this backdrop there’s the rise of the ‘precariat’, a term coined by British economist Guy Standing in 2011 to describe a class of people living with no job security and eroded social networks – those at the bottom of the gig economy heap. They also face an existential crisis. Those in the precariat often have no occupational identity to give shape to the narrative of their lives, and feel cut adrift, somehow less than human.

This tends to be compounded by the fact that many people have education levels which supercede the type of work they can expect to get. This is particularly true of tertiary-educated millennials like myself. Saddled with student debt, many of us are working multiple low paid jobs that barely cover the interest on our loans.

The World Economic Forum argues this existential insecurity is a factor in the rise of populism and leaders like Trump. At a time of extensive disruption, people are hanging on to their meaning by a thread, and they are looking for someone to provide them with a narrative that they can comprehend. In the US, Trump was that someone. ‘Make America Great Again’ was a story that deeply insecure people could make sense of. Viewed through that lens, the gig economy is clearly highly problematic.

Perhaps the biggest issue is just how vulnerable gig workers are to the whims of employers, particularly those who are profiting handsomely by exploiting the system as it is. Gig workers reliant on their next job for survival are not going to want to seem “difficult”. If they do, it could mean that their carefully stacked Jenga tower of jobs by which they make a living is toppled, and they’ll have to choose between paying rent and eating that week, or month. It could mean that next time, if there is one, they are flagged as disruptive and paid less, or given shitty shifts. Insecurity begets insecurity.

One solution that is gaining popularity is a ‘digital trade union’, whereby all workers engaged in gig work in the digital economy can demand better pay and push back against zero hours contracts. The exact form of a digital trade union is still in flux, but as unions get to grips with ‘Industry 4.0’, they are recognising that collectivisation requires a different approach.

Platforms like Coworker.org in the United States are trailblazing by offering the services of a union – agitating for social protection, insurance and safety – through online campaigns. Workers are able to collectivise at less personal risk to their jobs. The Freelancers Union is another example, providing advice and support on insurance, taxes and client non-payment to its 350,000 members.

In Europe, the digital trade union movement has, perhaps unsurprisingly, placed more emphasis on regulation as a tool, with discussions revolving around how governments as a social partner to both gig workers and employers can help blunt the sharp edges of structural change. Advocates argue that if the gig economy is left to develop in a regulatory vacuum, the precariat will only get larger and more insecure, creating an even wider wealth gap and an ever-stronger trend towards populism.

What about New Zealand? We have been described as a ‘standout’ in digital evolution rankings, and we are working hard to remain ahead of the disruption curve. Thomas Coughlan argued recently for the urgent closure of legislative loopholes here, to ensure that tech giants like Uber can’t exploit outdated laws to make money off the back of their workers’ eroded rights. The article underscores the European approach of using government as a relationship broker, and recognises the law is only as good as our ability to use it.

Coughlan’s case is strong, and with an incoming Labour-led government which campaigned against zero-hour contracts last year, and won, it is reasonable to expect they are open to the arguments for legislation that supports gig workers. There is yet to be much specific movement towards a local digital trade union, but with platforms such as ActionStation gaining a stronger foothold in the advocacy landscape, running collective bargaining via digital campaigns is becoming a real possibility.

I want my kids to grow up in an equitable world. I also want them to eat well, be warm and clothed, and have experiences that make their lives meaningful. I am will do everything in my power to provide those things. That is the key: in my power. Right now, my power is constrained by my independence. I am trading my rights for my flexibility. We have a chance to change that – as workers, as employers, as citizens. We have a chance to build equity into Industry 4.0. Whether digital trade unions prove the ultimate mechanism for that change remains to be seen, but we owe it to ourselves to explore every avenue to help make the weave of the social safety net strong again.