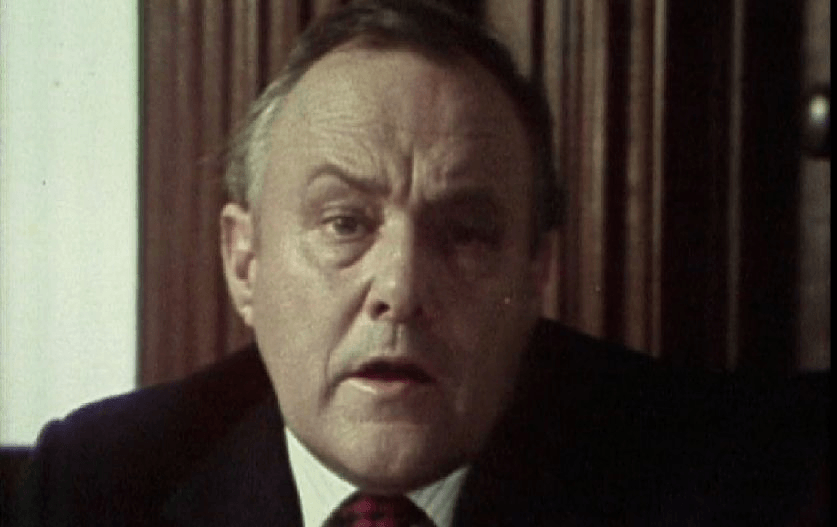 Robert Muldoon in a 1975 campaign address

Robert Muldoon in a 1975 campaign address

How do we remember Rob Muldoon? Hardly at all, if the paucity of coverage around the 40th anniversary of his first election victory as leader of the National Party is a guide. And yet he’s surely the least forgettable Prime Minister New Zealand has seen. Everyone knows about the Great Counterpuncher

On November 29, 1975, Muldoon and co walloped Bill Rowling’s Labour with the help of some animated dancing Cossacks. A fortnight later, four decades this Saturday, Muldoon was sworn in.

I remember Muldoon himself as a kind of cartoon. I was born in 1975, which means that for pretty much the first quarter of my life he was the prime minister, the terrifying template for political leadership: an overweening, omnipresent national blimp casting a ghastly silhouette across the country.

David McPhail, half of McPhail and Gadsby, did an excellent job of capturing and lampooning Muldoon in the second half of his premiership, refining his impersonation across the many series of the satirical show. But McPhail’s Muldoon could never hope to match the look and sound of the original. Muldoon was not beyond parody, but he was beyond human exaggeration. Tom Scott, meanwhile, who ruthlessly sent up Muldoon in print and cartoon form, became deeply, deeply loathed by the man.

I’m pretty sure that even as toddlers we all knew who he was. Across the country, children were admonished by their parents with the threat that if they didn’t tidy their rooms, Piggy Muldoon would be coming over to sort them out. Or maybe that was just in my house.

(Or maybe not at all. I rang my dad to ask if that half-memory – of Muldoon being invoked as a threat / parenting technique – was reliable. Turns out it’s not. Dad did though remind me of a small example of the grip exerted, deliberately or not, by the Prime Minister of the time: in 1981 the Listener, then government-owned, published my father’s poem “Wellington”. It included the lines, “And down on Lambton Quay / the lads in cars go past, it’s raining / and the boys from Muldoon Real Estate / are breaking someone’s arm”, they did so on the proviso that Muldoon Real Estate was changed to “Beehive Real Estate”.)

Marilyn Waring remembers Muldoon. And she remembered him on November 29 2015, exchanging memories with Jim McLay, with whom she served under Muldoon as an incoming MP in 1975. Waring, who had entered Parliament at the age of 23, was a thorn in Muldoon’s side for much of the three terms in government.

In an interview with the NZ Herald last year, Waring was asked how she remembers her once-leader.

Not fondly. I’ve been doing research for my Parliamentary autobiography and I’m face to face with him every day. All the material that crossed my desk in those eight years is in parliamentary archives. It’s interesting that I have days when I have a physical reaction to what I’m reading that is exactly the reaction that I used to have when I was in there. Hair on end. Pit of your stomach feeling really nauseous. That whole flight or fight thing bolts back in.

It was her decision that she would not take the party whip on issues including nuclear disarmament that prompted Muldoon, having been returned in 1978 and 1981 – despite losing the popular vote to Labour on both occasions – to call a snap election in June 1984 , which in turn created the moment for which he is probably today most remembered (along with Think Big): that slurred late-night, televised announcement.

It boggles the mind to think how social media might have responded to such breaking news so late at night:

Muldoon was already struggling to master another relatively new medium: television. As touched on in this NZ On Screen post, there was something remarkable, even poignant, in Muldoon’s croak at the end of the leaders’ debate, “I love you, Mr Lange.”

It goes without saying that when Muldoon is remembered now, it is almost never admiration – to be compared to Muldoon is just about by definition an insult.

In fact the last time I can recall Muldoon being widely remembered in mainstream media was a couple of years ago, when then Green co-leader Russel Norman gave a speech arguing that John Key was “acting like Muldoon” by engaging in “crony capitalism”. It was an eye-catching rhetorical device, but really Key is closer to the antithesis of Muldoon.

Norman did acknowledge that Key doesn’t “look like” Muldoon, but I struggle to see resemblance in any real sense.

This interesting account of Muldoon, from All Honourable Men, a memoir by National MP Hugh Templeton, who is more sympathetic to the divisive former MP than most, doesn’t suggest a stroke of DNA in common with Key, who has already won as many elections as leader as Muldoon did:

His powerful personality and reactionary attitudes changed the New Zealand political climate, sharpened antagonisms and made the revolutionary reforms of the eighties inevitable. No other New Zealand politician of his times has made so emphatic an impact on New Zealand and the national psyche for what he was, as much as for what he did … The fervour, euphoria and dazzling hope that surrounded Muldoon in 1975 ended in the paranoia and despair of 1984. The hubris of it all bears remembrance.

Many years back Key was asked for his view of Muldoon by John Campbell. He said: “I liked him … He was a pretty strong leader and at the time it seemed good. I think you could look back economically now and say, things weren’t necessarily that flash, but at the time I liked his leadership and he, seemed like a strong individual.”

On political-economic philosophy as much as anything Key is barely recognisable from his party forebear. Muldoon might have burnt off his 1975 opponents as cossacks, but it was he, doubling as finance minister and prime minister, who was the real statist, the market interventionist.

In economic terms, the outgoing Muldoon government of 1975 was a country mile to the left of the incoming Labour government led by David Lange and driven by the possessed deregulator Roger Douglas, not to mention the Labour and National parties today.

Muldoon was a populist conservative who sought, by and large, to defend by centralised and interventionist regulation the political, economic and social values and systems that the Liberals and the Savage Labour Government established. In the end he failed and the ultra-conservative Muldoon was replaced as minister of finance by a radical Labour politician who quickly, systematically and probably irreversibly demolished the first Labour Government’s heritage. Towards the end of his life Muldoon fulminated impotently from the sidelines against the destruction of a Labour-created New Zealand way of life that he as National’s leader had devoted his life to preserving. That I see as one of the great ironies of New Zealand political history.

Throwback Thursday is brought to you by NZ On Screen – click through to check out the Rob Muldoon Spotlight collection and the wider Politics collection.