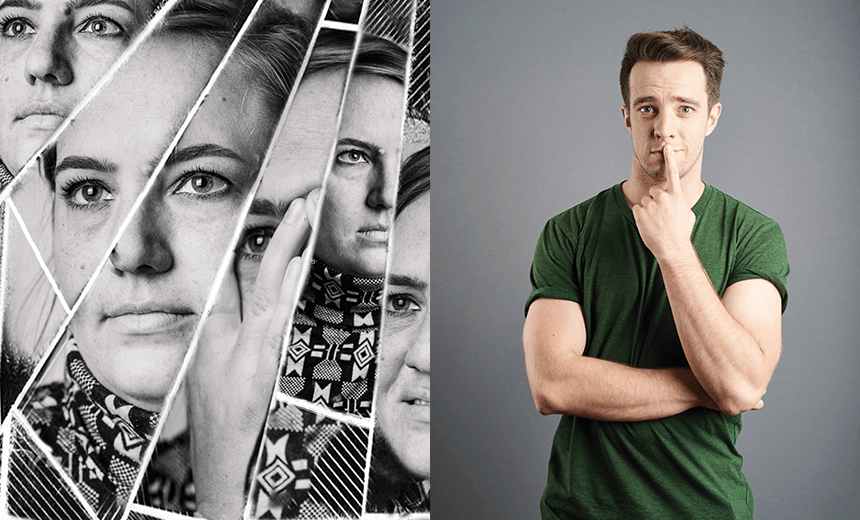 Comedy co-editor Sam Brooks starts week three of the festival with a three-show ripper. Alice Snedden kills her first hour, Paul Williams makes a name for himself, and Eli Matthewson only gets better.

It can take years for comedians to find their feet. Stand-up comedy is an artform of trial-and-error as much as it is a test of talent and skill; it’s figuring out what your voice is, what your style is, and how to translate your style of writing to your style of performance. I’ve seen comedians five years into their career, five years of five hours of comedy, still finding their feet.

Alice Snedden comes out swinging with her first hour. It’s one of the most assured hours I’ve seen in the festival. She knows her material, she knows her style, she even knows her audience. Her show revolves largely around her relationship with her mother and her self-regard, which she plays upon throughout the show, playing off an outward bravado with some solid digs at herself.

Snedden doesn’t read as a newcomer doing her first hour. She reads as someone doing a victory lap. More experienced comedians would kill for an hour like this, and to be as seemingly confident onstage as Snedden is.

I’m going to say it go out there and say it: She should’ve been nominated for the Billy T. Based on this show, it’s insane that she wasn’t.

You can book tickets to Alice Snedden: Self-Titled here.

If you’ve been coming to comedy shows for a while, you’re probably most familiar with Paul Williams as Rose Matafeo’s sulky sidekick in Finally Dead, or maybe his opening sets for his brother Guy Williams.

What he does better than anything else is strike out from those pretty large and formidable shows into his own weird thing. And you can see the influences of both of these comedians in him, he combines Matafeo’s theatricality with Guy’s out of nowhere, weirdly angry observations on the world, but Paul has a sweetness and a genuine aw-shucks quality to him that I’ve never seen before.

The show is kind of a grab-bag of bits and jokes, but the eclecticism works. It’s very much a comedian stating, “This is my thing! I’m excited that this is my thing! I hope you enjoy my thing!”. In another performer’s hand, it could be grating, but in Williams’, it’s beautiful and endlessly endearing.

Also, Williams is a triple threat. He’s funny, he can sing (those high notes, you guys!) and he can tap. He brings it all home in a musical finale that manages to wrap up the seemingly shambles of a set beautifully; he knows exactly what he’s doing.

You can book tickets to Paul Williams: Summertime Love here.

I’ve been watching Eli do stand-up for about five years now, from a show at Brooklyn Bar through to his Billy T nominated shows right up until this year’s Year of Magical Fucking.

It’s his best show yet, stripping back to a voice that is still unique in New Zealand comedy: He’s a gay comedian talking frankly about gay experiences. He’s not the only person in the country doing this – we’ve got Neil Thornton and James Malcolm doing the same – but Eli’s outlook felt contemporary to mine; he’s a gay man in his 20s figuring it out.

So that would be enough for Eli’s show to be a slam dunk for me. I’ve loved all his shows so far. But this time he goes deeper, he goes dark, and he twists on his upbringing, his family, his love life and his sex life. He gets angry, but the anger is supported by the humour; it’s truthful and it’s powerful. The shitty things in life are funny because we know they’re ridiculous: we know it’s ridiculous that straight men get awards for playing gay.

We want to be represented. The easy way to feel heard is to actually hear someone else saying what you’re thinking and feeling. It’s less ‘someone is listening to me’ and more ‘someone else is feeling what I’m feeling so I don’t have to explain that’. Eli is that comedian for me. For other people it might be Rose Matafeo. For others it might be Brendhan Lovegrove. Folks, strokes.

You can book tickets to Eli Matthewson: The Year of Magical Fucking here.