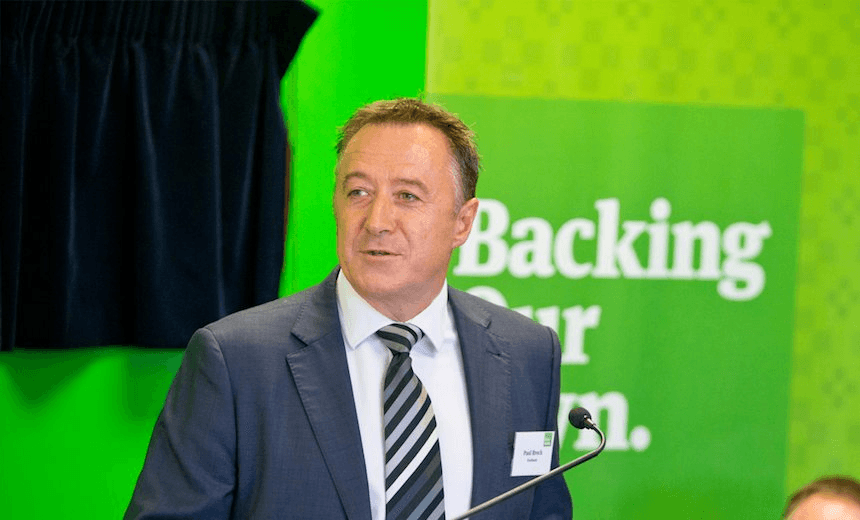 By Paul Brock
Guest writer
Made possible by

Today we launch ‘The New Economy’, a pop-up section sponsored by Kiwibank, which will be home to a series of videos starring economist Shamubeel Eaqub. Here, Kiwibank CEO Paul Brock introduces the series and explains why investing locally has big rewards for us all.

Let’s talk about the economy. In an age of increasing global connectivity, there has never been a more important time to be talking about it.

It probably doesn’t surprise you to learn that at Kiwibank we do a lot of thinking about the economy. Or rather, we think about the economy, the effects it has on our country, and what needs to be done to set New Zealand up for success in the future.

In the first of a video series that we’re rolling out in partnership with the team here at The Spinoff, we asked the economist Shamubeel Eaqub what he thought of the argument that investing in local businesses is beneficial to all Kiwis. We agree with what he told us: when goods and services are provided by a local organisation, there are a lot of benefits to backing the local side. Globalism has lots of good factors, but it needs to be balanced out by localism; those organisations that have, as Shamubeel puts it, “a stake in the community”.

Our own history started with a single question: who needs a kiwi bank? Well actually we do. Because when you get down to the nitty gritty, it’s important that New Zealand has its own bank that stands up for itself and challenges the overseas-owned banks. In fact we believe having a locally owned bank is critical to the success of New Zealand’s economy. We saw this clearly during the Global Financial Crisis in 2008/09 – when the foreign-owned banks protected their home markets and made lending for homes much tougher in NZ, Kiwibank loosened its strings to make lending easier.

Wind the clock back a bit and think about what it was like when we entered the new century. It was very clear the time was right for a New Zealand-owned bank At the time, New Zealanders were making it known they weren’t happy with many things about what banks had to offer. Kiwibank was created to break the mould of banking in New Zealand and continues to do so, every day. Kiwibank introduced ideas like fee-free banking and weekend opening, and forced the other banks to try and match it by improving their own services. Everyone benefited.

The world has been through considerable turmoil in the last 15 years, not least the Global Financial Crisis I mentioned earlier. Other banks have arrived and disappeared from New Zealand, financial companies have gone to the wall. But Kiwibank has remained steadfast. It returns healthy profits which stay in New Zealand. We’re proud to be part of a whole army of locally grown organisations that are taking on the world and pushing for real positive change in New Zealand – like Trade Me, Xero and our partners at Banqer.

At a time when the many of the most recognised brands in New Zealand are actually foreign-owned companies, we believe it’s important to reassert the importance of supporting the home team. It’s not about pulling up drawbridges, building walls or shutting the world out; it’s about considering the way in which investment into local brands develops the New Zealand economy and therefore our social fabric, now and long into the future.

More on The New Economy