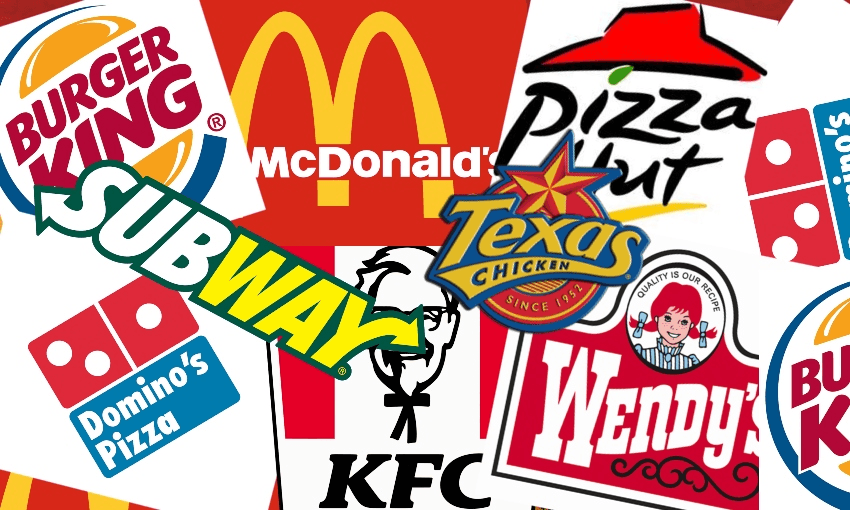 Ch-ch-change range: Finding the best bang for your buck in New Zealand

A Madeleine Chapman guide to the best and worst of the change range.

I once fell asleep at LAX while waiting for a flight and somebody stole my wallet. I made a sad face at check-in and was able to check my bag for free then had to survive a day in Boston and an overnight Greyhound bus to New York City with a grand total of $2.73 in coins.

In figuring out how to make the most of my budget, I made many rookie errors. First, I bought a bottle of water on its own ($1) which meant I couldn’t afford the 7-Eleven hotdog and drink combo ($2.50) or even a hotdog on its own ($2). In fact, because I wasn’t near a supermarket, all I could afford was Pringles. Have you ever eaten a sleeve of Pringles with a mandated 10-minute break between each individual chip? I have.

It’s moments like these you need Minties, and it’s moments like these you need a change range. When you’re on a long drive and you fumble around in your coin draw, coming up with a huge $7 for the drive thru, you need a change range. A change range can be the difference between an average snack and a bargain meal. They’re getting more expensive by the day, so before they cease to exist, here’s what coins will get you at your friendly neighbourhood food giants.

McDonald’s used to have a $5 cheeseburger combo meal ($6 double, $7 triple) and I patiently waited for it to return but *Rose Dawson voice* it’s been 84 years. Instead, they’ve leaned in and refused to compromise. They know you’ll be back and willing to pay full price so why bother? The closest thing to a cheap deal is if you combine the medium fries and medium frozen Coke snack ($3.50) with a full-priced cheeseburger ($3.90). It’s still more than everywhere else but it’s all you’re getting.

McDonald’s does do $1 medium frozen Cokes though.

The King has a genuinely great change range built around the stunner meal. There are stunner meals for a range of burgers (chicken, cheeseburger, rodeo etc) priced between $5 and $7.50.

A regular cheeseburger stunner meal will set you back $6 for a cheeseburger, medium fries, medium drink, and sundae (which can be swapped for three nuggets or an upsize on the fries/drink). The same deal but with small fries and drink is $5. That’s good value.

Unfortunately Burger King cheeseburgers might be the worst on the market. You can’t have everything. But they do $1 large (or medium) frozen Cokes and that’s good.

The KFC snack lunch used to be the undisputed champion for fast value. Snack burger, piece of original recipe, fries and a drink for $6? Mwah. Then it was $6.20, then $6.50, then $7.20, and now I’m sad to report that the snack lunch is no longer a coin purchase, at $7.30 (I swear I paid $8 for one somewhere but can’t confirm). RIP to my relationship with the KFC snack lunch.

*I’m giving Wendy’s an A because they have the best-value meal deal but I’m adding a caveat because it’s the only value meal deal. So it’s change, but it’s not range.

Their one deal is spectacular though. The ‘Four for’ will get you a deluxe cheeseburger (a cheeseburger with lettuce and tomato), small (thick-cut) fries, small drink, and a Frosty (a sundae). I didn’t include the Frosty in mine because I’m allergic to dairy, which brought the price down to $5.50. But according to Alex Casey, they’re “better than a sundae”.

If you’ve ever searched for Pizza Hut on Google you’ll know that Domino’s ads appear as the first result every time. It’s a petty, great move by the brand and their staple value pizzas are a petty, great $5 too. While the pizzas are not massive, it’s still a lot of food, but they suffer from a lack of variety. A full cheese pizza is yum, but imagine how much yummier it would be with an ice cold beverage to wash it down.

And there’s the ice cold beverage. Pizza Hut has the same $5 value pizzas except also offers a drink OR fries OR chicken bites to accompany it. Three items for $5 is a banger meal. One large item for $5 is ho hum. Two items? It’ll do.

Your local fish and chip shop (A-)

As long as you’re not at a popular tourist spot or in the middle of the city, a fish and chip menu is basically a giant change range. A battered piece of fish may be getting up there in price but you should be able to get a spring roll, chips, and a potato fritter (pay for one, get two) for $6. And that’s called a patriotic bargain.

Texas Chicken didn’t have a change range and therefore wasn’t included on this list. But on Monday morning they sent out a suspiciously timed email announcing a $5 meal deal which includes a classic chicken burger, two wings, a small fries, and a small drink. Texas Chicken is yum and therefore this deal sounds pretty good. But I can’t grade something I haven’t experienced and therefore it remains ungraded.

I have heard rumour of a change range at Subway. I don’t believe this rumour. Offering cheese on toast or even cheese and tomato on toast isn’t a change range, it’s just cheaper items on the menu. Everyone’s got a change range if it’s just “things you can buy for under $5”. But to qualify, something resembling a meal must be offered. Until I see such an offer from Subway, it will remain off this list. No further correspondence will be entered into at this time.