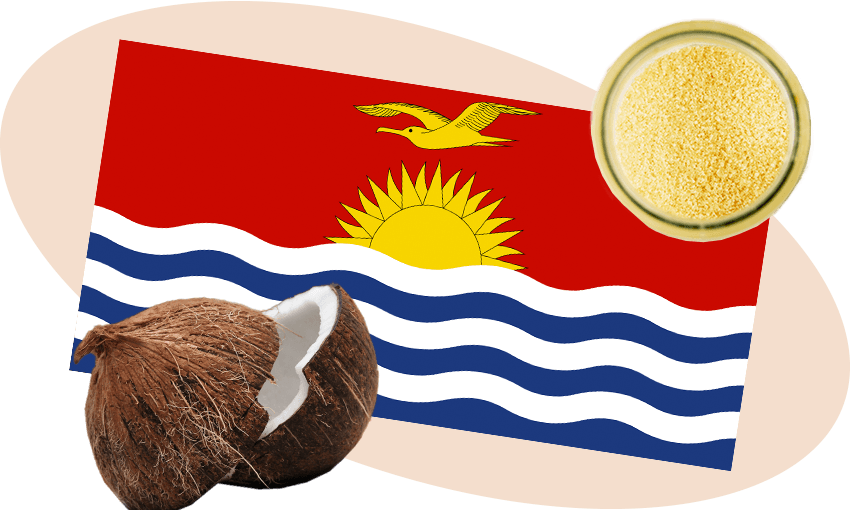 Kiribati boiled sweets made with sugar and coconut water, a very popular treat in the island. (Image: Archi Banal)

Kiribati boiled sweets made with sugar and coconut water, a very popular treat in the island. (Image: Archi Banal)

A recipe for boiled candy, passed down since the early 1900s, is still enjoyed to this day by the Kiribati community.

Aligning with the Pacific language weeks’ overarching theme of sustainability, the Kiribati community is focusing on keeping the traditional art and modern technology skills to preserve and promote the Kiribati language into the future.

One way The Spinoff has decided to preserve and promote the Pacific languages this year is through recipes of traditional foods and drinks. Already we’ve celebrated Rotuman and Sāmoan language weeks and this week we’re highlighting Kiribati boiled candy – a delicious treat that will most likely be enjoyed this week by many i-Kiribati people.

If you like barley sugar lollies or old-fashioned caramel lollies, then you’ll enjoy this.

Etitara from the Kiribati community in Aotearoa says this recipe, a popular treat in Kiribati, was created by an i-Kiribati woman around the time that Kiribati began importing sugar in the early 1900s. “She explored the idea of combining moimoto, or coconut water, with sugar to see what the outcome would be,” Etitara says. After spending quite some time experimenting with sugar, she finally created something edible and the recipe has since been passed down through her family. “I got the recipe from the lady’s granddaughter,” she says.

If you’re looking for a way to celebrate Kiribati language week, give this recipe a try, and greet people with “mauri” (pronounced mow-ree) – it means “hello” in Kiribati.

Pour the white sugar and moimoto into a medium saucepan and bring to a boil.

Once the mixture starts to boil, lower the heat and let it simmer until it reaches a caramel-like texture and colour.

One at a time, drop a teaspoon of caramel liquid into the bowl of cold water.

Scoop it out and leave it to cool on a serving plate.

Roll each caramel lolly in milk powder and enjoy.

If you want to save some boiled sweets for later, store them in an airtight jar.