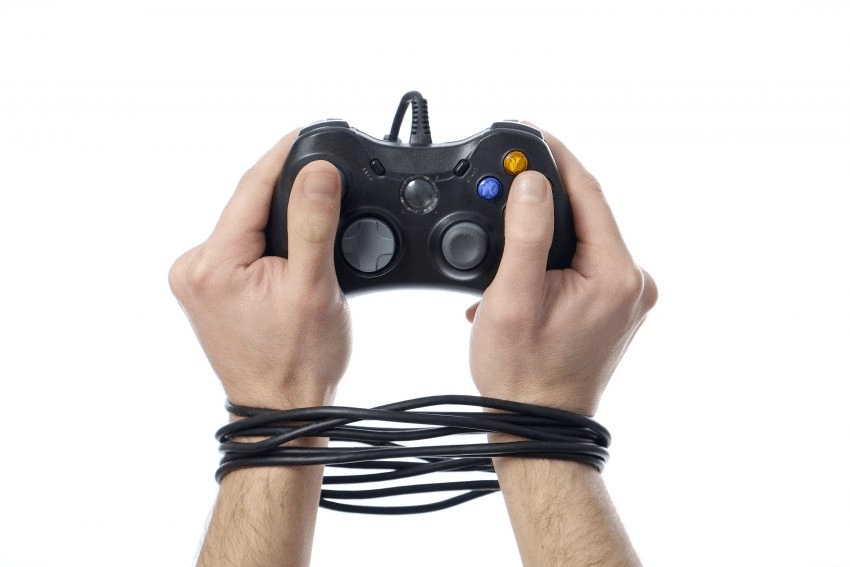 A look at gaming addiction – from an actual gamer

The World Health Organisation added gaming disorder to their classification guide last year, bringing the psychological issues around gaming back into the limelight. Baz Macdonald explains what the disorder is, and how to recognise if you have it.

When the World Health Organisation announced the addition of gaming disorder to its classification guide last year gamers let out a collective groan. Not because of the WHO’s classification, but the inevitable wave of slanted media coverage that was sure to follow.

Gaming disorder, like all psychological disorders, is a nuanced issue – but the coverage of gaming-related maladies tends to be some of the least nuanced reporting around. Think of interviews with the most socially dysfunctional customers a journalist found coming out of the local game store, or scare stories for parents about how much Call of Duty their child is playing.

The trouble with this coverage is that it may be harming the very people who need help most.

James Driver, a psychotherapist and New Zealand’s leading expert on gaming addiction, says that one of the biggest challenges is getting gaming addicts to admit that they have a problem. Seeing gaming and gaming disorders presented so negatively in the media can make it even less likely they’ll reach out for help.

“I see a lot of extremism in either direction. Either the articles say it’s the new public health crisis, comparing it to crack cocaine – these wild exaggerated claims that I think immediately make gamers roll their eyes – or you get articles with [people saying it’s] ridiculous to even consider gaming as a disorder when it’s just a hobby, asking, ‘What’s next? Are we going to start institutionalising people for fishing too much?'”

Before becoming a psychotherapist, Driver himself suffered from a gaming disorder, his addiction focused on MMORPG’s (Massively Multiplayer Online Role-Playing Games) such as Everquest.

“I went through a period where I was addicted to gaming. It was pretty much all I was doing – all day, every day, to the point of neglecting my health, sleep, social life, everything. Eventually, I failed out of university.”

A decade later, Driver returned to university to train as a psychotherapist. It was while on placement at a drug and alcohol treatment facility that he began to recognise similarities between the experiences of his clients dealing with addiction and his own.

Driver has since specialised in gaming addiction, doing his Master’s thesis on the internal psychological barriers gamers have to overcome to accept treatment, and launching the website netaddiction.co.nz.

Driver now games very casually and has kept a close eye on his own habits to make sure that his addictive tendencies do not reappear. For some people, Driver says, it’s necessary to remove gaming from their lives altogether, but for others like himself it can be possible to learn to moderate.

Although people have been talking about gaming addiction almost since video gaming’s birth, the WHO classification is the first time the disorder has been officially defined.

Previously, gaming addiction appeared in the American Psychologist Association’s diagnostic guide as a Class III disorder – meaning it required more research and case studies in order to be fully recognised as a diagnosis. Now this WHO classification officially recognises the disorder and, although still in draft form, offers some criteria to determine whether someone is suffering from it.

Although a lot of media coverage would have you believe anyone who is heavily into games is addicted, experts believe that only 4-5% of people who play games a lot meet the criteria to be considered a gaming addict.

The addiction is primarily associated with people who play games online, such as MMORPG’s or MOBA’s. However, Driver believes it is entirely possible that people who play mobile games such as Candy Crush may meet the criteria to be considered an addict – but don’t recognise it as such because they are only playing games on their phone.

The WHO definition has three main criteria for gaming disorder:

“Impaired control is a way of saying that the person is not able to regulate or control their gaming as much as they would like to. So they find themselves gaming more than they would want to, at times when they wouldn’t want to – when they should be sleeping or going out,” Driver says.

This criterion is very subjective, he says: if someone can genuinely say that they are happy with how gaming fits into their life then they do not meet this criterion.

“Ultimately, it comes down to the gamer. Only when that person is able to have an honest assessment of their behaviour will they be able to benefit from treatment. If someone really doesn’t see their gaming as a problem, it doesn’t matter whether a clinician or the parents or partner think it is an issue, they aren’t going to respond to treatment and change those behaviours.”

Driver says a lot of people can sincerely say they have no worries about their gaming. However, some will claim this at first but upon further reflection will admit they have concerns about their habits.

2. Increasing priority given to gaming to the extent that gaming takes precedence over other life interests and daily activities

“This is the degree to which someone is thinking about games, and prioritising gaming – essentially, how important is gaming compared to other things in their life.

“As an outsider, people get concerned when gaming starts taking priority over things like earning money and having good relationships with family and friends.”

3. Continuation or escalation of gaming despite the occurrence of negative consequences.

“As a result of your gaming, is bad stuff happening to you, but you keep gaming anyway? In a way, this is the most important criteria. This is the criteria which means most gamers shouldn’t be outraged by a gaming disorder, because it says that if they’re not having negative influences from their gaming, then they are not really meeting the criteria.”

Driver says that although gamers suffering from an addiction can rationalise how much they prioritise gaming, it is this criterion which can most easily be used to define a gaming addiction – because unlike the subjective reality of the first two criteria, this point looks at the objective reality of how gaming is affecting a person’s life.

“This is the point at which it becomes fairly clear if it is a problem.”

These negative consequences can come in any form, but most commonly it is factors such as social isolation, damaged relationships and an effect on work or study. Physical and mental health play a big role, with people suffering from gaming disorder often becoming malnourished due to overeating or undereating, and showing signs of increased depression and/or anxiety.

Am I a gaming addict?

Treating gaming addiction requires an admission from the addict that they have a problem, Driver says.

If you’re wondering if you might have a gaming disorder, he suggests going through the criteria above and being frank with yourself about how much each sounds like you. “It’s not as important to look at how much time you’re spending, but the actual consequences of that time. Is it having a negative effect on your finances, your relationships, your other life goals? That is the bit to look at.”

“If you can look at that and say no, I don’t think you need to worry.”

Driver says that most people will come away recognising that they do not have a gaming disorder, but might recognise some ways in which their gaming habits are getting in their way. If that’s the case, it could be worth cutting back.

And if you think you might need help, you can find a list of resources and contacts at netaddiction.co.nz.