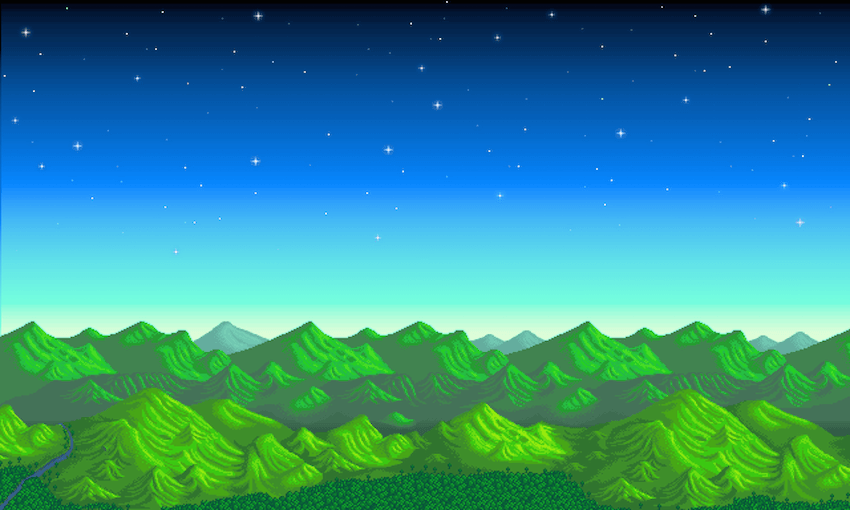 The gentle and murderless skyline of Stardew Valley.

The gentle and murderless skyline of Stardew Valley.

Video games get a bad rep, mostly from people who don’t even play them. Uther Dean suggests some games to bridge the gap between video games and the people who just CANNOT with them.

This is a pity. Video games, like every media, contains multitudes. People would never declare that they don’t like films or music but saying you don’t like video games is almost mandatory for some parts of society. Video games aren’t a thing on their own, they’re a platform for things to exist on. You can’t hate the platform, only the thing.

But when you say you don’t like video games, what you mean is that you don’t like mindless violence in interactive form. So what video games would you like? Well, luckily, I’ve written this listicle with a few suggestions of games that don’t, as a general rule, revolve around repeated murder or, more specifically, require a heavy working knowledge of other video games. I promise you will like at least one of them.

Papers, Please calls itself ‘A Dystopian Document Thriller’ but it would be more accurate to call it a paper work simulator. Working at the border of a totalitarian state, you check people’s documents as they come in. At the end of each shift, you are paid per person you let in and have to decide which members of your family to feed with your pay. It’s a dense, dark game with an easy to grasp, hard to master gameplay loop. The way it sneaks heart-rending narrative into a rather nondescript box is breathtaking.

A group of teens go to drink on a deserted island and weird things happen in this indie adventure game that they’re fools for not branding ‘Stranger Things but set in the modern day and a video game’. The exploration-forward, dialogue-heavy gameplay couples with a stunning artistic style to make a game steeped in atmosphere and charm.

No, trust me on this one. Yes, there is a bit of violence and some death. But it’s not what you think. It’s not a “video game”. The Walking Dead episodic adventure game from Telltale is an exquisite exercise in story-telling. The majority of the game is dialogue-based, with your choice of words having long ranging effects through the story and the world. Your choices have a real impact on what happens and you can feel the story shift around it. It’s really one of the best experiences I’ve had in any media; I cannot recommend it more.

Sid Meier’s long running civilisation simulators are a great way to waste days of your life. You play as a world leader and grow your civilisation from Stone Age roots to dominate outer space (and, in some games, beyond). The sheer flexibility of the games are their greatest strength: you can focus on science victories or faith based ones or you can just go to war with the whole world – you get to choose the story you’re telling.

Mini Metro is a locally made transport infrastructure game. It’s a bit of a hard sell, to be honest. But it’s a world of zen, full of clean lines and surprisingly deep gameplay as you connect dots to design public transport systems. Nearly wordless and hyper intuitive, I can’t think of a single person who won’t lose years of their life to this little gem.

You move from the city to the country to get away from the rush of your office job and take over your grandfather’s old farm. You manage your time and energy. You reap crops, you fall in love. There is no win condition. Stardew Valley is a calming, peaceful journey though rural living. You won’t be able to get enough of it.

In Portal and Portal 2, you shoot portals. A blue one and an orange one. Things that go through one portal come out the other. And you use those to solve puzzles while a comedy computer talks to you. It seems simple but over the course of the two games in the series, that simple mechanic is twisted and stretched into some real headscratchers. It’s also got, flat out, the best jokes in all of video games.