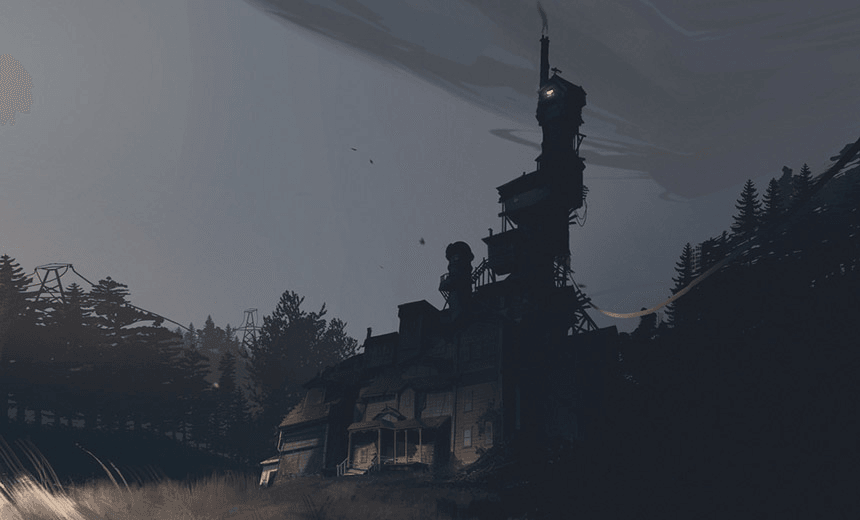 What Remains of Edith Finch: a game that finds perfect beauty in death

The California based devs Giant Sparrow have another hit on their hands. Their new narrative adventure game explores all the great themes, life, death and beauty. Matthew Codd reckons it’s a must play.

What Remains of Edith Finch is a game about life, death, and storytelling. What may at first feel like a run-of-the-mill “walking simulator” with more than a little bit of inspiration from Gone Home quickly gives way to a game that’s not quite like anything else out there. It’s an exploration of how we remember and honour our loved ones who’ve passed with the stories we tell of them, and something that pushes the boundaries of what game narratives can be.

The game tells the stories of the Finch family, eccentric Norwegian expats who believe themselves cursed – Finches have a tendency to die young, and in strange, grisly ways. It’s the sort of family that, upon landing at their new home on Orcas Island, sets about building the graveyard before they build their house.

Having left the family home with her mother at a young age, 17-year-old Edith Finch knows little of her family’s history. However, the sudden death of her mother leaves Edith as the last living Finch, and with a mysterious key left to her, she returns to the Finch manor to uncover the secrets of her family tree.

Without a key for the front door, Edith squeezes in through the dog flap, only to find that every room in the house is sealed. The key she’d inherited lets her open one of a handful of secret passageways built into the house, setting her on a roundabout journey from room to room, learning about the three generations of Finches that came before her, and how they all died.

This is where What Remains of Edith Finch gets brilliant. Upon discovering the memorial of a family member and a record of the death, the player is whisked away to a little playable vignette to witness the death first-hand. Each one has its own unique approach and mechanics – one plays out as an interactive comic book, another casts you as a baby playing with toys in a bathtub. One has you playing a menial, repetitive game of working at a cannery with the right analogue stick, while with the left you’re playing through this worker’s daydreams of being a king.

What’s unique about these vignettes is that despite each one dealing with a death, there’s nothing bleak or sombre about them. They’re stories of happiness, adventure, excitement – stories of the way each Finch is remembered, rather than simply an account of their death. Calvin Finch died by falling off a swing, but he didn’t just fall; he was obsessed with space, and then one day, he finally achieved his dream of flying.

It’s deliberately unclear how much of each fantastical story is “real”. Molly Finch was apparently eaten by a snake, but her final diary entry says she knew what was coming because of a shapeshifting adventure through the bodies of a bunch of different predators, ultimately leading to her predicting her own death. Realistically, this probably didn’t happen, but that’s beside the point – that’s how she’s remembered, and how she would want to be remembered.

This is what makes What Remains of Edith Finch special: it looks at death not as some terrible thing to be avoided, but as an inherent and important part of life. There’s no doubt that the passing of each Finch caused plenty of grief for their loved ones, but that’s not where the focus lies. It’s all about remembering their death as the culmination of their life – not grieving a loss, but cherishing that time together. That’s a beautiful thing.

It also offers a fascinating insight into games as a storytelling medium. In terms of mechanics, the differences between the stories are small – they’re all some variation of a first-person adventure game. But even those little variations are enough to have a profound effect on the way that each tale is told and the feelings that they inspire. Even in a story as linear and predetermined as this, the role of pushing buttons in driving the experience forward and creating an emotional attachment can’t be overstated. With its small but impactful changes on mechanics, What Remains of Edith Finch really puts that into focus.

The end result is game that, as I said earlier, isn’t quite like anything else around. It’s a short, poignant experience that’ll make you rethink the whole concept of life, death, and storytelling.

The review has been brought to you with the help of Bigpipe Broadband.