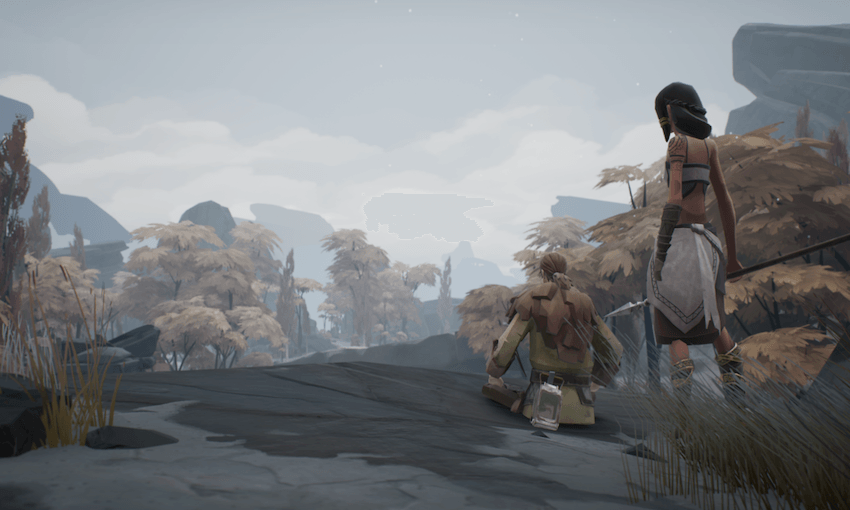 The video games industry could be New Zealand’s next creative industry boom, but a lack of government support is holding it back. Baz Macdonald reports.

For a small country, New Zealand has had a large effect on global creative industries. Our film industry is an obvious example of this, generating over $3 billion in revenue last year – a significant amount considering the global box office revenue for 2016 was US$38 billion.

A large part of our film industry’s success has been due to financial support and incentives offered by the government, with New Zealand screen industry businesses receiving $190 million in Government funding in 2016.

As New Zealand begins to increasingly reap the rewards of our government’s support of the film industry, the question has become which other creative industries could be equally successful for New Zealand with similar investment.

The New Zealand game development industry is still small in this global market but has grown significantly in the last five years, reaching $100 million in revenue last year and with projections to reach $1 billion by 2026. So far, our development industry has been built on the success of a select few studios, such as Pik Pok in Wellington, developers of mobile games such as Into the Dead, and Grinding Gear Games in Auckland, developers of the lauded action game Path of Exile.

But the New Zealand Game Developers Association (NZGDA) sees the potential for New Zealand to grow much larger with the support of our government. Examples from around the world show that countries who have similar levels of game industry maturity as ours have seen incredible booms when offered government support. Finland’s game industry, for example, went from earning 250 million euros in 2011 to 2.5 billion euros in 2016. In part due to the support of their government initiative ‘Invest in Finland’.

However, the New Zealand game development industry has remained largely unsupported by our government. Only in the last year have the wheels started to turn with the NZ Film Commission creating an Interactive Development Fund which offers financial assistance to the development of stories in the video game medium.

Green MP Gareth Hughes has been our country’s most vocal advocate for the game development industry, highlighting it as a clean, high-wage export industry.

Despite Hughes’ advocacy, he said that under the previous government the game development industry was largely overlooked.

“It was absolutely ignored by Steven Joyce when he was the Minister for many years, and then eventually enough a fuss was made that [Joyce] said ‘well, I don’t need to support it because they are doing so well’.”

But Hughes sees an opportunity for invigorated support under the new government, particularly due to how the industry fits in with the new government’s economic development goals by being “high growth, high-wage, creative and weightless”.

“Clare Curran has been supportive in the past, and she has this new ministerial position [Minister of Broadcasting, Communications and Digital Media and Government Digital Services],” Hughes said.

“I am really optimistic that the Government can do more to support growth in this sector. I will be working with her and urging her, alongside the economic development ministers.”

Chair of the NZGDA Michael Vermeulen shares Hughes optimism for the new government and the support it could offer the industry.

“Within the new Government there are a lot of people that we have spoken to in the past and who understand that we exist – which was not really the case in the past. So, we really want to continue those conversations and educate Government a little bit more on what we do.”

Vermeulen said the last government’s approach of ‘they are doing fine on their own’ showed a misunderstanding of how creative industries grow. He pointed to examples such as Canada and Finland as to how the industry can flourish with governmental support.

“[These successful industries] all had governments supporting them in a bunch of different ways,” Vermeulen said.

“The Canadian games industry has a whole bunch of different funding options and ways you can get support – everything from early development to production and marketing funding.”

Vermeulen said the growth of the New Zealand development industry will require a combination of larger multi-national developers setting up studios here and the continued growth and creation of sustainable local studios.

The government could help both of these initiatives in different ways. To bring large studios to New Zealand, these companies would need to see some financial incentive as to why New Zealand would be a better place to establish a studio than anywhere else in the world. States have grown their development industries by offering tax credits and other financial incentives to entice companies. Montreal is the best example of this having become the fifth largest development capital in the world and employing over 10,000 people since introducing tax credits to development studios.

On the local front, New Zealand developers are being held back by a lack of senior talent. In the short term, senior talent will need to be imported from other countries. But in the long term, we need to be seeing small studios funded and supported so that the overwhelming supply of junior talent we have at the moment will have opportunities to become senior talent. Seed and development funds from the government would see more small studios created and succeeding, which would create this sustainable cycle of talent that the industry needs.

Vermeulen said the NZGDA is actively trying to engage politicians with the industry in the hope that these kinds of initiatives will be adopted by the government.

“It is not something that would happen for us overnight, but it is definitely something the government should be looking at as a major creative export industry.”