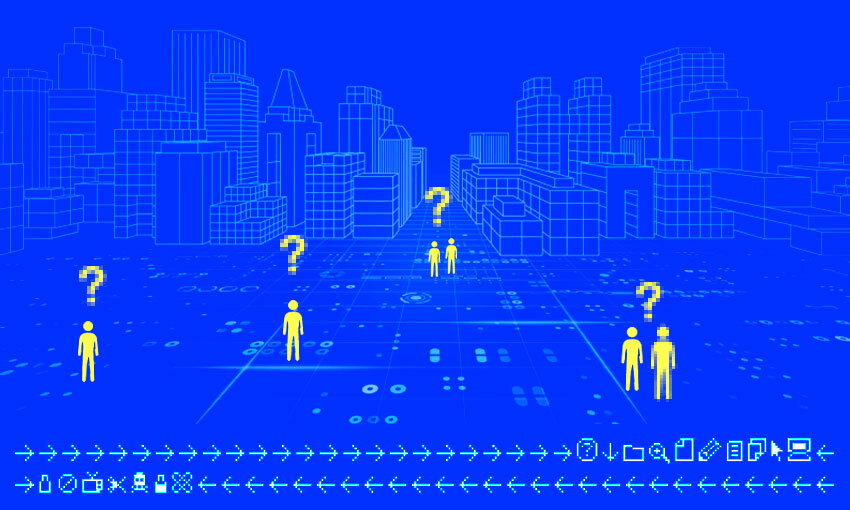 Facebook is making a ‘metaverse’. Cool, but what does that actually mean? Josie Adams breaks down metaverses, including some you might have seen before, for IRL.

What is a metaverse?

It’s a universe “beyond the universe”. The internet universe.

OK… but what is it, really?

It’s an online world. You’ve probably encountered one before: early metaverses include Neopets, the Sims online, Habbo Hotel, and even Club Penguin. We had avatars, millions of Simoleons, and our cute little Neohomes. Today’s youth are spending their time on Fortnite and Roblox, metaverses that create much more compelling realities; they get concerts by Travis Scott and Ariana Grande, and a budding class system.

Basically, the metaverse is an extension of the internet. We already have computer-generated worlds, but tech developers want to merge these worlds with our normal one. One day soon, the Minecraft kingdom you’ve been perfecting could be a place where you hold business meetings or dinner parties.

What’s the difference between the metaverse and virtual reality?

A virtual reality generally requires a headset to use; you see what your avatar sees in a computer-generated world. In its current form, metaverses are more of a digital reality than a virtual reality – only a small number of us have visors that let us see the world as we’ve designed it. Most of us will log on to our computers and view our beautiful digital houses and our beautiful digital wives through a laptop screen, not an Oculus.

But in centres around New Zealand, you can play fully immersive virtual reality games; it might not be long before we’re using headsets and bungee cords to run through our digital halls hanging up our digital art. Maybe Ready Player One was a prophecy all along.

The examples you gave are for kids. Are there adult metaverses?

Second Life and Decentraland are adult metaverses, and I mean that in the pornographic sense. When Second Life was launched in 2003 the first question on everyone’s minds was, “can I have sex in it?” The answer: yes.

You can work for a living in the metaverse, too. While Neopets and Roblox don’t let you convert your hard-earned digital bucks into real money, the adult sites do. One MANA (the cryptocurrency used in Decentraland) is worth NZD $1.19, and one Linden dollar (the Second life currency) is worth NZD $0.0043. It’s kinda cool, but at the moment the hours and pay aren’t good enough to subsidise your real life. However, if digital history repeats our own then it might be a good time to get in on the property ladder.

Who invented the metaverse?

The concept comes from 1992 sci fi novel Snow Crash, which was set in an anarcho-capitalist technological hellscape. In this book, the metaverse was a virtual reality-based extension of the internet, where viewing bad code could give you brain damage. It was part of a future the author saw as possible, not desirable.

Well, it looks like we’re well on track to becoming a dystopia; Silicon Valley nerds still absolutely froth Snow Crash and want to replicate the technology in it, perhaps because being in the 1% in several universes instead of just ours is the closest man can get to being God.

Facebook has rebranded to “Meta”. Recently the company had a total shutdown, followed by some good old fashioned whistle-blowing. We can’t confirm the name change is meant to distract us from these things, but if so, it probably won’t work. Google’s real name is Alphabet, but no one calls it that.

Facebook founder Mark Zuckerberg chose to rebrand as Meta because he’s focussed on bringing the metaverse to life. Using a virtual reality headset, you can meet your Facebook friends in a VR forest room, in simulated space, or in a replica of your own home. Yes, you can watch a movie, in your home, with your friends – without actually having your friends come to your real world home and put their real grubby hands on your couch.

Have you been the victim of a catfishing or online scam? Do you make your living in the gig economy? Got a great yarn about how the internet changed your life? Get in touch with us at irl@thespinoff.co.nz.