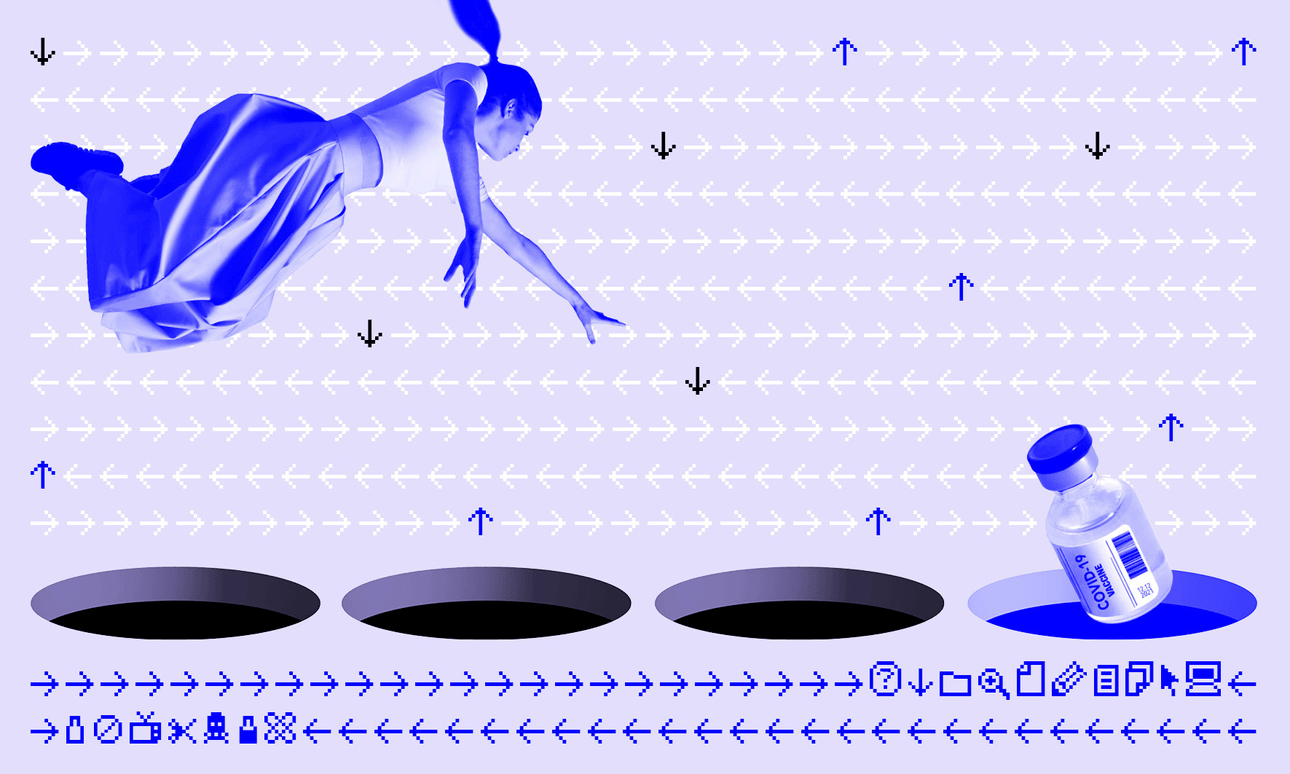 A first person account of fear, misinformation, and the light at the end of the tunnel.

As told to Dylan Reeve for IRL.

It was supposed to be the most joyous time of my life. Pregnant with my first child 10 years ago, I planned a home birth. Since moving to a small, seaside community in the Nelson Marlborough region, I had embraced the alternative health popular in my new town, and a home birth felt like its pinnacle.

But after 12 hours of labour at home, things were going terribly: my 10.5lb baby was in the posterior position, my regular midwife wasn’t available, and her replacement wasn’t confident enough to handle the labour at home. My baby and I were in danger. I was airlifted to the regional hospital where my son was eventually delivered with significant medical intervention. He received facial injuries from the use of forceps and was unable to latch, which made feeding and caring for him difficult for the first few weeks of his life.

My confidence in my ability to care for my son was destroyed by this experience. I felt like I’d failed to protect him on his arrival to the world and barely trusted myself to care for him. While I didn’t realise it at the time, my labour left me with PTSD and postnatal depression.

One of the first people to meet my new baby was the wife of my partner’s workmate, who we’ll call Sally. She visited us at home once we returned from our two-week hospital stay. I didn’t know her well, but she had three kids and seemed like a good role model. I was soon caught off-guard when Sally said: “Obviously you’re not going to get him vaccinated,” as if it was some self-evident parenting fact.

I was confused. I hadn’t even considered that opting out of the routine suite of infant vaccinations was an option for myself and my son. I told her I hadn’t thought about it, an admission that seemed to shock her, and from that day on she bombarded me with Facebook messages filled with links proclaiming the dangers of vaccines for babies. Every new claim or “study” seemed designed to instil fear and play strongly to my insecurities as a new mother.

While I didn’t know it at the time, this was the beginning of my journey down the anti-vax rabbit hole.

I read everything Sally sent me with keen interest, and a few weeks later, before my son was due for his first shots, I joined a secret anti-vaccine Facebook group she recommended. The group, run by a prominent and outspoken New Zealand anti-vaxxer (let’s call her Helen for now), gave me a sense of empowerment when I was otherwise feeling helpless and inadequate – I could use this information to protect my son from dangers others weren’t even aware of.

For years, I took in all that the group had to offer. Helen, the group’s de-facto guru, was the author of a number of anti-vax books, the mother of healthy, grown children, and she’d devoted years of her life to opposing vaccines. She was the closest thing to an expert I’d ever come across, and spoke with absolute confidence and belief. Others in the group deferred to her on everything vaccine-related, and I soon did the same.

But Helen was also the person who began to drive me away from the movement. The wife of a pastor, a lot of her staunch anti-vaccine beliefs were pinned to what I considered “magical thinking” around religion: if a gap appeared in the science or logic of her claims she’d simply appeal to God’s authority or plan. As an atheist this didn’t sit right with me, and it led me to question claims the group took as capital-T Truth. When I voiced these concerns, though, no one wanted to hear my doubt or questions.

It was my discomfort with the selfishness I saw in group members, and in myself, that ultimately led me to leave. “I have to prioritise my children over anyone else” became the group’s mantra, and the lack of concern for broader community health didn’t sit right with me.

So after years in this Facebook group, staunchly opposed to vaccines, I made the decision to remove myself from it.

I was trying to scramble back out the rabbit hole, but my fear of vaccines didn’t just vanish. I began to accept that a lot of the information I’d absorbed was wrong, but I couldn’t shake the underlying fear that the medical industry was covering things up, that vaccines were highly likely to cause harm, and that making a mistake about this decision was something I couldn’t undo.

By the time my anti-vaccine stance softened, my son had already passed all the key immunisation milestones without any jabs. Because he’d gotten this far without them, I didn’t think much about vaccinating him, but Covid forced me to really confront the issue again. All my fears about vaccines resurfaced, and these specific ones seemed even scarier – after all, they were new.

As the first international vaccine trials began, I watched as my few remaining anti-vax Facebook friends immediately leapt to conspiratorial thinking and oppositional stances. I doubted their integrity, and felt like I needed to independently seek the truth.

Funnily enough, it was another Facebook group that finally persuaded me to trust vaccines. I discovered Vaccine Talk, a group dedicated to fact-based discussion and co-founded by California-based mother Kate Bilowitz who had an experience similar to mine while seeking vaccine information on Facebook.

It took about six months for the group to pull me entirely out of my anti-vaccine mindset. I watched as experts calmly responded to questions and debunked the claims I’d come to rely on, one by one; providing evidence I could review myself. To date, I haven’t seen a single anti-vaccine claim stand up to the scrutiny of the group. This bothered the anti-vaxxers who joined to evangelise, 90% of whom would leave in a huff when their claims were challenged, rather than stay to continue the discussion or learn from their mistakes.

A decade after the traumatic birth of my son, and the start of my journey down the anti-vax rabbit hole, I’m fully out the other side. I’ve had both doses of Pfizer’s Covid vaccine and, as my son approaches double digits, he and I have begun talking about vaccination. He’s confident that they’re the right path for him, as am I, so over the coming months he’ll be catching up on the shots he missed in his younger years.

Some things haven’t changed. I still like to find a place in my life for natural remedies and alternative health: I will reach for manuka balm to soothe a scrape, for example, or a herbal remedy to relieve a sore throat. But these days I don’t pursue alternative health at the expense of modern medicine – or our country’s health.

Have you been the victim of an online scam? Were you an early viral star? Got a great yarn about the internet? Get in touch with us at irl@thespinoff.co.nz.