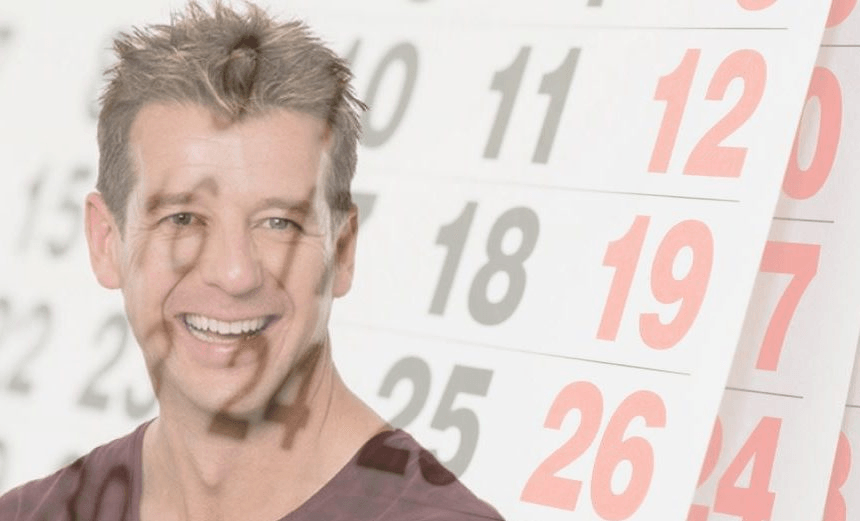 Beloved breakfast radio host Simon Barnett has announced his departure from More FM, in only 545 days. But that number will almost certainly become smaller with the passing of every day. Please bookmark this page for the very latest.

The news arrived by media release.

There is no getting around it: Si is off. He is leaving More FM, he is leaving Mediaworks. He is leaving Gary. And Bondy and Speedy and Sam, and taking up a new role at rival station Newstalk ZB. In 2019. Eat it, Dom-Dom and Jay-Jay.

“I have spoken personally with Gary, Bondy, Speedy and Sam and MediaWorks management, in all of these conversations, without exception, those most affected have been most gracious,” said Si of his imminent move in 18 months. “I loathe letting people down or hurting people which has made this experience awfully difficult as the people concerned are not just my workmates but genuine friends who I will miss desperately [in 2019].”

To help New Zealand prepare for Simon Barnett changing jobs as the next New Zealand government approaches the halfway point, after Mars makes its closest approach to Earth since 2003 and for all we know large parts of the country have crumbled into the ocean, here is the very latest:

Update: July 1 2019. Simon began his new job at ZB today, alongside Phil Gifford, 726 days after the move was announced. Important to note there were very compelling reasons for that further delay. Break a leg, Si!